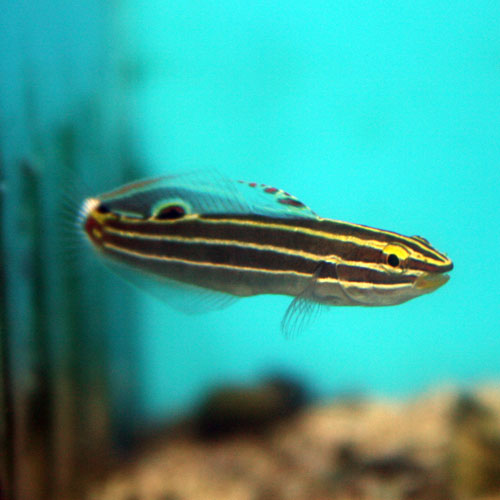 Hector’s Goby, also known as Hector’s Hover Goby, has a bluish-black body with bright yellow horizontal stripes and an eyespot on the dorsal fin.

A 20 gallon or larger aquarium with plenty of hiding places is suitable for this fish. It can be included in a reef aquarium and the fish will sift the sand as well as graze on hair algae. It is non-aggressive towards other fish and will not bother invertebrates in the tank.

Hector’s Goby is easy to feed and its diet consists of most marine foods. It consumes large amounts of algae, worms, and prepared foods such as vitamin enriched mysis shrimp and brine shrimp.