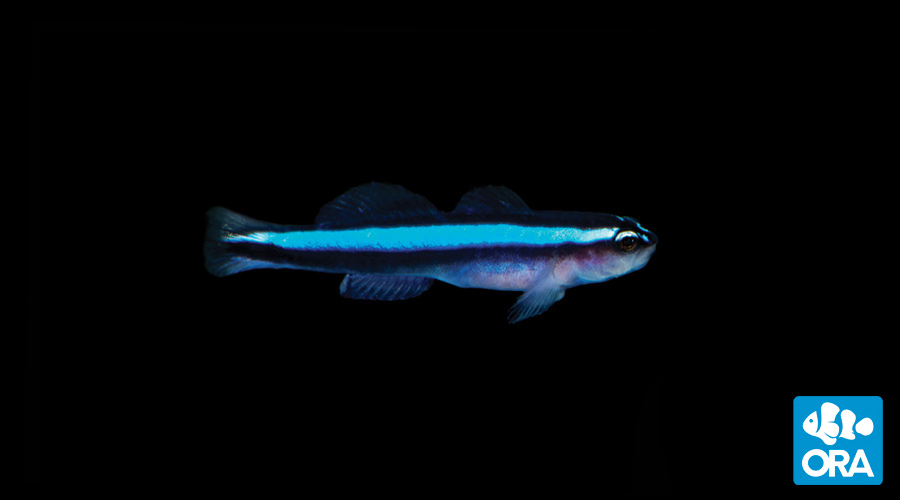 The ORA® Captive-Bred Neon Blue Goby is known for its gorgeous electric blue stripes. The head and sleek body of the Neon Goby are dark blue with a striking horizontal, light-blue stripe on each side of the body. These signature stripes begin above the eyes and run the entire length of the body. The Neon Goby is a very hardy fish and because of its small size, it makes a great addition to smaller nano reef aquariums.

The Neon Blue Goby should be housed in a 10 gallon or larger aquarium. The ORA Captive-Bred Neon Goby can be territorial and demonstrate aggression towards its own kind unless they are a mated pair. It is common for the Neon Goby to spawn in an aquarium, laying its eggs in a crevice or empty shell.