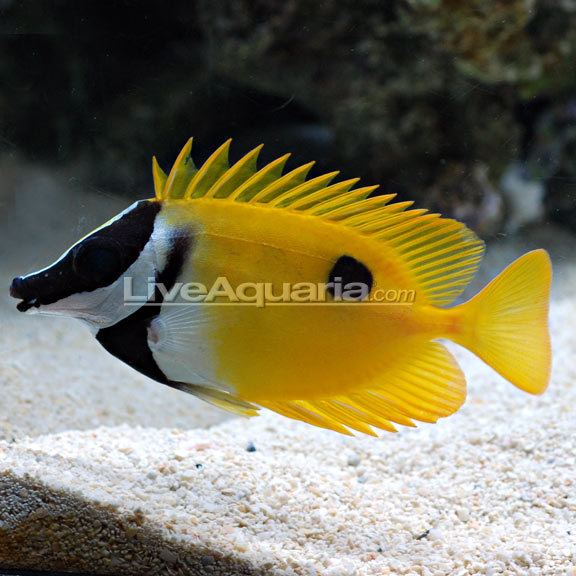 The graceful One Spot Foxface features a distinct “eyespot” on its body. Also called the Blotched Foxface, the One Spot Foxface is extremely similar in appearance to the Foxface Lo, except for the aforementioned spot. Natural variation of this dark spot can range from an almost symmetrical circle to a “free-formed” blotch to give each fish a unique and individual appearance.

House the One Spot Foxface in a 70 gallon or larger aquarium. It is a very peaceful species except when housed with other rabbitfish. The One Spot Foxface may be housed with more aggressive fish since predators and aggressors will tend to leave it alone because of its venomous dorsal spines. Rabbitfish are generally reef-safe if they are well fed. If not, they may nip at or consume some species of LPS and soft coral polyps.

The diet of the One Spot Foxface should include fresh vegetables and algae. Provide a variety of prepared herbivore foods rich in vegetable matter and supplement diet with algae sheets to help reduce potential nipping damage to soft and hard coral polyps.