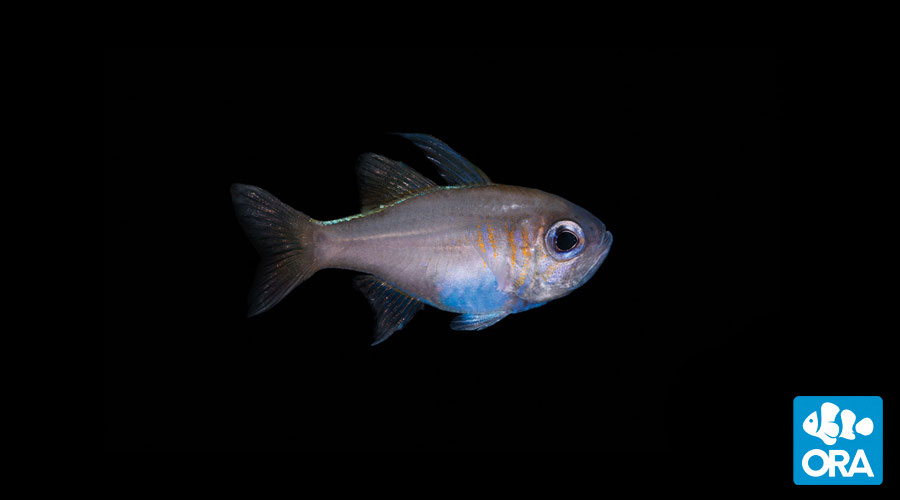 The Blue Streak Cardinal (also known as the Threadfin, Longspine, or Slendertail Cardinal) is found in large schools on Indo-Pacific reefs. It is named for the beautiful iridescent blue markings around the eyes, fins, and body. The body is mainly semi-transparent silver, with several yellow lines. This species reaches a maximum size of approximately 3 inches (7.6 cm). The Blue Streak Cardinal is a peaceful fish and is best kept with other non-aggressive species. A school of Blue Streak Cardinals makes a stunning addition to a reef tank as the silver and blue mass will move slowly in unison among the corals and live rock. Blue Streak Cardinals are active at night and find security under ledges and in caves. The Blue Streak Cardinal is a mouthbrooder that is very difficult to raise in captivity, therefore making them only sporadically available. ORA is the first hatchery to successfully commercially breed this amazing Cardinal. Photo by ORA