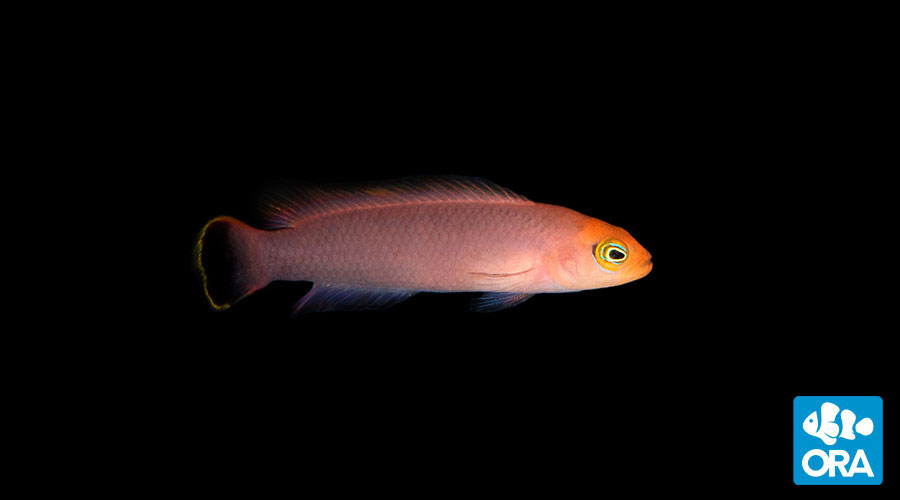 The Elongate Dottyback is a rarely imported species known only from Sulawesi and the Molucca Islands of Indonesia. This small 2-inch dottyback is hardy and feeds easily on pellets and frozen foods. They have a black body with a red to orange head and tail, and are sometimes called Floppy-Tail Dottyback. This coveted species appears to be considerably less aggressive than most of the other dottyback species that ORA raises. Their diminutive size coupled with an agreeable attitude makes them a perfect addition to today’s popular nano reef tanks. Photo by ORA