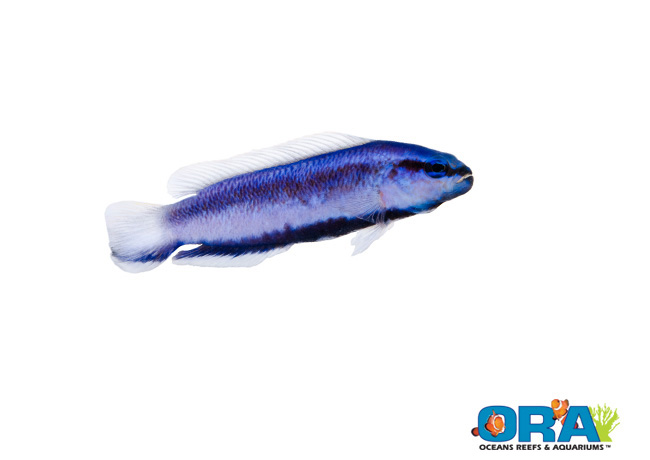 The Indigo Dottyback is a hybrid of the Orchid Dottyback and the Striped Dottyback. The combination gives this fish its distinctive, bold blue color with horizontal black stripes. Both parent species are found in the Red Sea. The Indigo Dottyback has the mild and social nature of the Striped Dottyback and can be kept in groups. A reef tank should have plenty of rock structure in which the fish can hide. It will dart in and out of live rock during the day and become more visible at feeding time. Provide a diet of zooplanktonic foods such as brine, mysis or krill shrimp. The maximum size of the Indigo is approximately 3 inches. The Indigo Dottyback was first produced by ORA in 2006 and it was the first captive bred hybrid Dottyback available to aquarium hobbyists. In 2014 we developed the next generation of Indigo Dottybacks called Electric Indigo. Lovers of hybrid fish should be sure to check out another Dottyback developed by ORA called the Black Neon. Photo by ORA