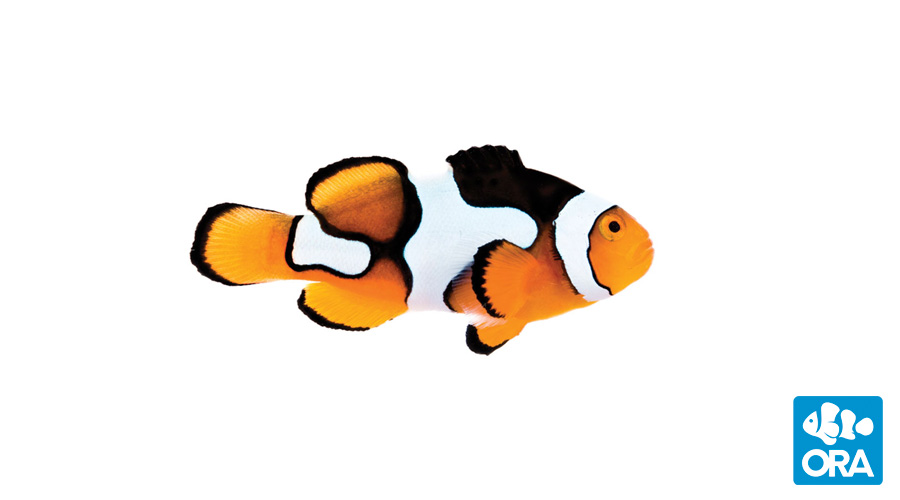 ORA Picassos are a highly sought after variant of the Percula Clownfish. The Picasso variant occurs naturally in the Solomon Islands and Papua New Guinea however it is exceptionally rare. ORA’s strain of Picassos originated in 2004 from a single wild male from the Solomon Islands, which we paired with a typical Onyx female. In subsequent years we have added additional wild collected Picassos into our breeding program. Most Picasso clowns in the industry can be traced back to ORA’s breeding program. These beautiful fish exhibit extra white mainly on their center stripe. Each individual fish is unique and hand-selected by our experienced graders. These fish are graded on the amount of white present, the oddness of the striping, and the rarity of the markings. ORA does not use a definitive set of criteria for grading Picassos. Our fish may be radically marked on one side and merely have an extra blob of white on the other. ORA Picassos reach a seller size of 1.5 inches at approximately 7-8 months of age. Many of these juveniles have yet to develop the characteristic black in the mid-body. The black pigment will develop as the fish ages until maturity. We were hoping that our Picasso broodstock would produce thousands of Picasso offspring every year, however only a small percentage of fish from each Picasso spawn qualify to become Picassos or Premium Picassos. The majority of Picasso offspring look like ordinary Perculas. Photo by ORA