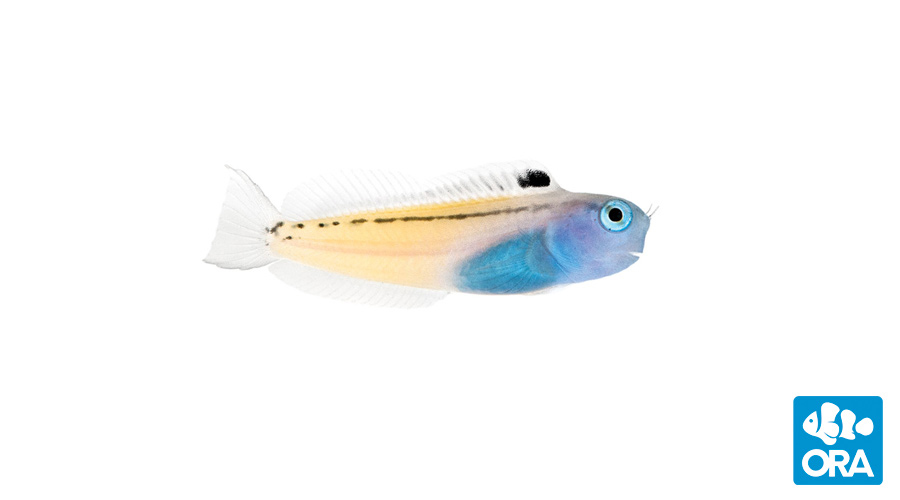 Blennies are small, elongated fish with continuous dorsal fins. There are approximately 350 blenny species in the world. With so many species, blennies are found in most of the world’s oceans. In general, blennies reach an average length of 3-5 inches and have scaleless, slender bodies, which they use to gracefully maneuver through rockwork. Most species lack swim bladders or have very small swim bladders, which causes them to be bottom-dwellers. Members of the genus Meiacanthus currently in production at ORA are brightly colored fish that live in the water column. They are known as saber-toothed blennies for the large canines on their lower jaws. Blennies spend most of their time weaving in and out of caves in an aquarium, though they will come out to defend their territory. Most blenny species spend their lives in shallow waters along rocky shorelines. With adequate rockwork and a diet of frozen or dry foods, blennies are an excellent, hardy fish for a reef or fish-only aquarium. Photo by ORA