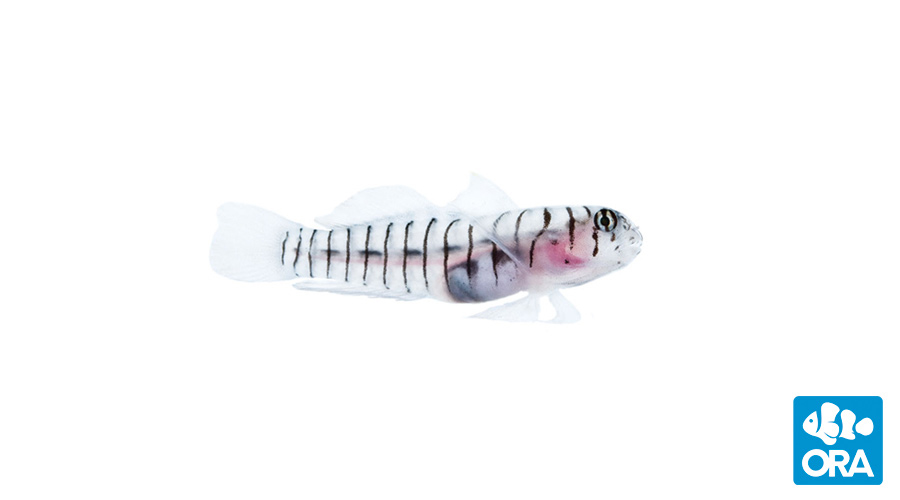 The Tiger Goby is a perfect addition to any aquarium and is particularly suited to nano and pico reef tanks because of its small adult size. This reef-safe goby will not harm corals and is best kept with other non-aggressive fish. It is a tropical species that ranges from Florida to the northern coast of South America. The Tiger Goby is found in rocky, intertidal zones, around sponges, and in near-shore reef habitats. This fish is named for its tiger-like stripes that run vertically from head to tail of the fish. The striking contrast of the dark stripes against the translucent-silver background makes this fish an excellent and interesting addition to any reef system. Photo by ORA