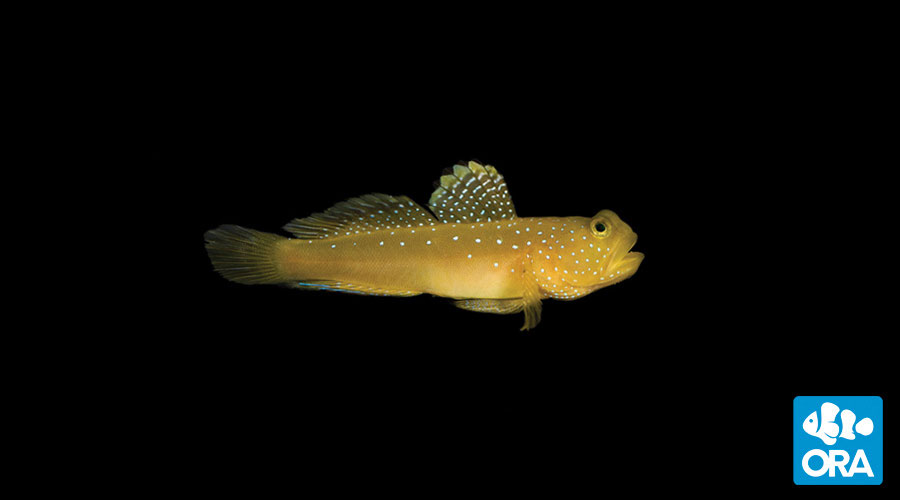 Yellow Watchman Gobies are fascinating reef fish. The Watchman name comes from their symbiotic relationship with pistol shrimp. The gobies are the lookouts and the shrimp are the burrow diggers/keepers. While the shrimp is digging it keeps one antenna on the fish’s tail. When a predator approaches, the goby wiggles its tail as a warning and the fish and shrimp duck into their shared burrow. Each of the Watchman Goby’s eyes move independently which allows them to see predators approaching from behind. Their charming faces sport a perpetual pout. They usually have beautiful golden yellow bodies with small turquoise dots around the head and dorsal area. It is not easy to distinguish a male from a female but there is some speculation that the females are normally grayer in color. Alas, the Yellow Watchman juveniles that we offer are not always yellow. They are typically a beautiful shade of steel blue. We’re not quite sure if this is an environmental influence or a sexual phase. Watchman Gobies are peaceful with other fish but may fight with each other as they mature. They are easy to feed, and readily take frozen mysis and brine shrimp as well as pellets. Photo by ORA