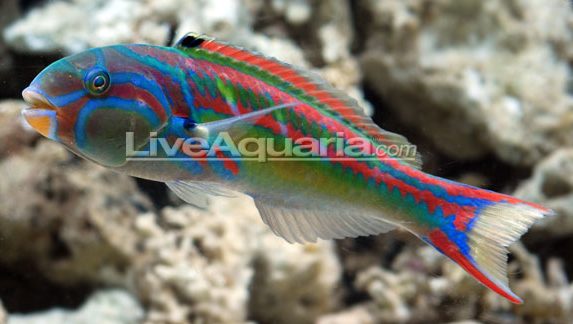 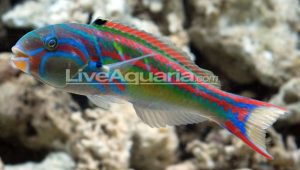 The Pinkface Wrasse is also known as the Five Stripe Wrasse. This species will add bright coloration and movement to the aquarium making this species a great addition for the novice or expert alike. Pinkface wrasse can be recognized by their bright green and yellow body with several thick pink stripes from its mouth to just behind the eyes.

This hardy fish should reside in a 70 gallon or larger aquarium, with other aggressive tank mates, and plenty of rocks for hiding. It will become territorial and often harass any new additions to the aquarium, therefore, it should be one of the last fish added to the tank. This species has been known to eat mantis shrimp and bristleworms as well as other crustaceans, but will normally not eat corals or live plants.