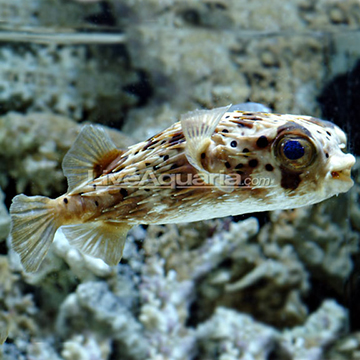 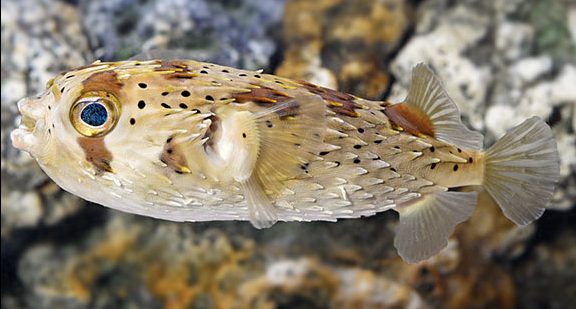 A 180 gallon or larger, fish-only aquarium with a good protein skimmer is a suitable home. It may be aggressive at times, nipping the fins of tank mates and leaving a circular hole as its mark. It will eat invertebrates found in a reef aquarium. It has the ability, when threatened or scared, to inflate its body to almost twice its normal size. Parts of its flesh are poisonous if digested.

The Porcupine Puffer needs a varied diet of meaty foods including; squid, krill, clams, and hard shelled shrimp to help wear down their ever growing teeth.