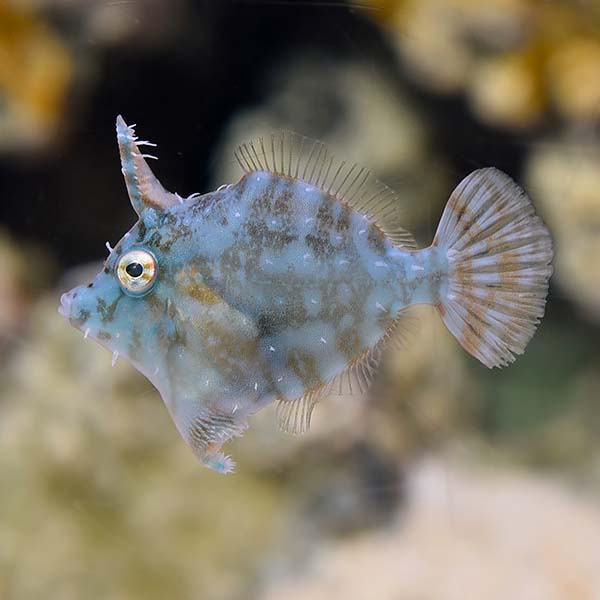 Overall, the Radial Filefish is a peaceful and curious fish full of personality that occupies most of its time investigating and exploring its environment. The Radial Filefish uses its large rotating eyes to actively track any potential food items as well as predators and is often thought to observe the activities of their owners outside of the aquarium. Their quirky movements and curious personality provides hours of captivating entertainment.