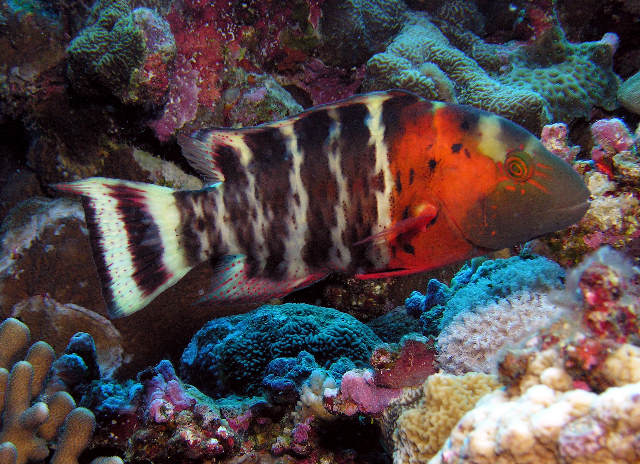 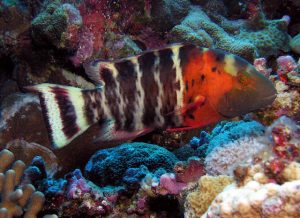 This hard-to-find Red-Breast Wrasse, also known as the Redbreasted Maori Wrasse, is sure to drop jaws the next time your reefer friends stop by. While its size alone is more than impressive, the Red Breast Wrasse boasts six or seven white vertical stripes against a reddish-brown body, with a splendid yellow-orange pop of color surrounding the pectoral fin.

While the Red Breast Wrasse can grow rather large, they are generally a shy species and should only be housed in an appropriately large aquarium with other non-aggressive fishes to avoid being bullied. They are known to move sand around in search of food and will eat hard shell inverts and sometimes small fish.

The Red-Breast Wrasse is commonly found roaming alone in lagoons and inner reefs, along reef edges and rubble piles, and can often be seen resting on the sea bed. Feed a prepared plankton diet to mimic their common natural diet.