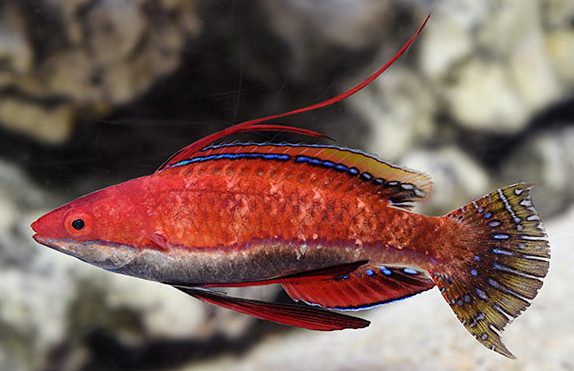 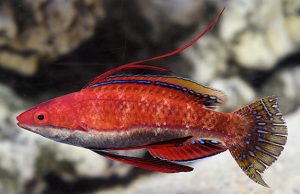 The Ruby Longfin Fairy Wrasse is an ideal fish for the reef aquarium adding both bright coloration and activity to these aquariums. Wrasse of the genus Cirrhilabrus mix well together if they are introduced simultaneously to the tank, and are one of the best groups of fish for a reef tank setting.