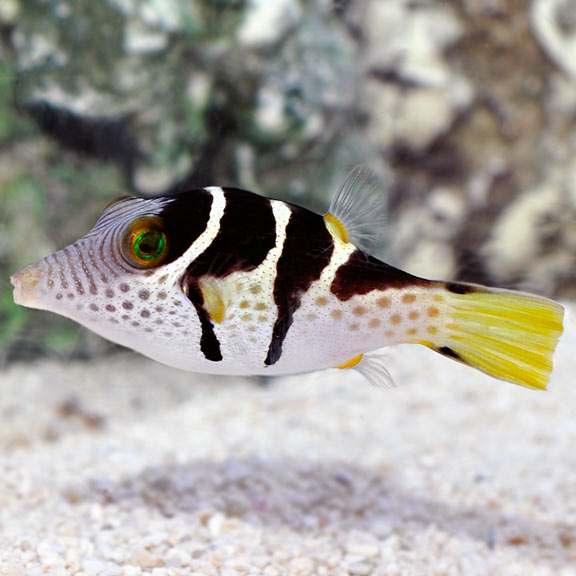 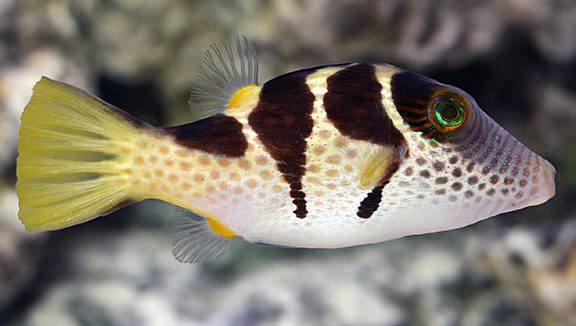 The Saddle Puffer is also known as the Crowned Puffer, Crowned Toby, and Four Bar Pufferfish. Members of the Canthigaster genus are called Sharp-nosed Puffers or Tobies. The Saddle Puffer is light blue ventrally, and the darker dorsal portion is divided by light blue stripes. It lacks pelvic fins but has learned to use the pectoral fins to move about the aquarium.

A 50 gallon or larger, fish-only aquarium is suitable. Its teeth are actually a fused beak-like structure. It may eat invertebrates found in a reef tank.

It has the ability, when threatened or alarmed, to inflate its body to almost twice its normal size. It becomes alarmed when netted, therefore, use a container to transfer it.

The Saddle Puffer needs a varied diet of meaty foods including; squid, krill, clams, and hard shelled shrimp to help wear down their ever growing teeth.