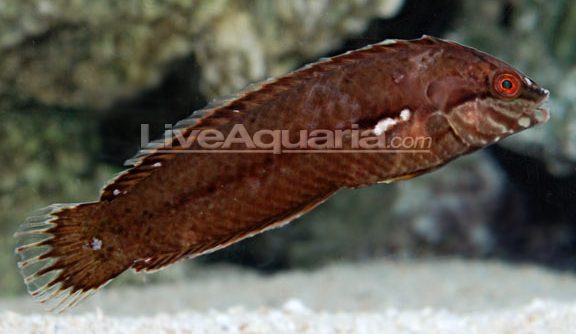 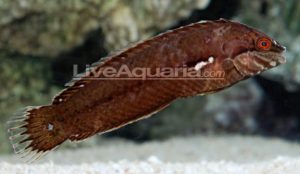 Sea Grass Wrasse, sometimes known as the Emerald Wrasse, is a helpful pest controller with big personality and abundant beauty. Often seen in shades of light to dark green, brownish-red to even black, the Sea Grass Wrasse’s blade-like body allows it to disappear into the sea grass beds and sandy algal flats of lagoons and mangrove channels it calls home. They’re even known to swim like free-floating, swaying algae in order to camouflage themselves from predators.

The Sea Grass Wrasse should reside in a 70 gallon or larger aquarium with a 2-4 inch sandy bottom in which it can submerge itself since it sleeps in the sand. It may be kept with fish that are aggressive or larger than it is, but should be housed with more passive fish as a juvenile. The aquarium should also have a tight-fitting lid to prevent it from jumping out.