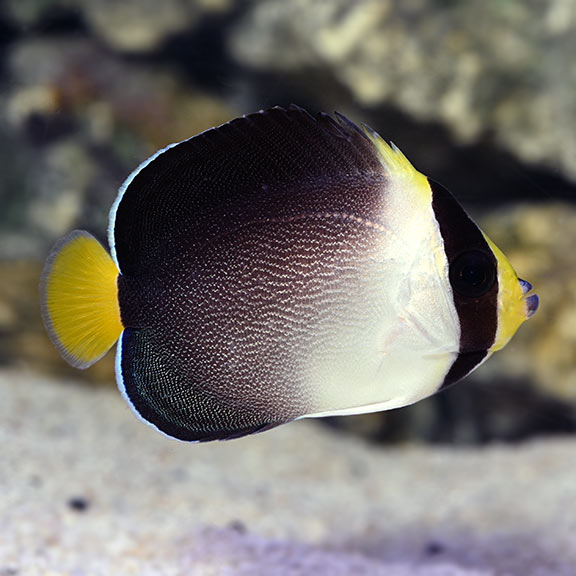 Due to the increased level of care required for this particular species it has been designated as “Difficult”. Some acclimate well, while others may hide and not eat. Providing a quietly-located aquarium with non-aggressive tank mates and plenty of hiding places may help. A minimum of a 120 gallon tank or larger provided with live rock for grazing will also help provide an optimal environment. The Singapore Angelfish is prone to nip at stony and soft corals (sessile invertebrates) and clam mantles. It will also graze on microalgae, filamentous algae, and diatoms.

The Singapore Angelfish is hermaphroditic, difficult to breed, and does not have distinguishable variations in color between male and female.

The diet should consist of mysis or finely shaved frozen shrimp, and other meaty items.