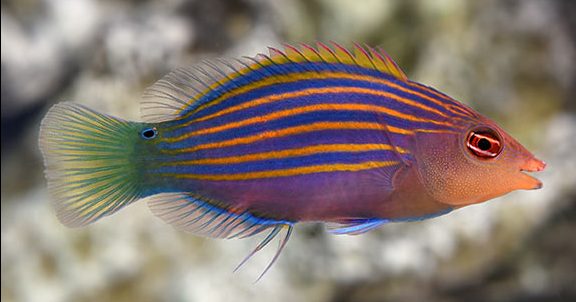 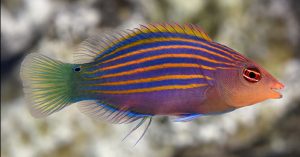 The Six Line Wrasse is both beautiful and active. With its six distinct, horizontal blue lines overlaid against an orange body, this member of the Labridae family brings a zip of color to any marine reef aquarium. This is especially true when a courting male Six Line Wrasse displays an increased color intensity. However, it is the active darting amongst rock outcroppings and corals that most attracts the Six Line Wrasse to any onlooker.

Though generally peaceful, the Six Line Wrasse may act aggressively towards peaceful Wrasses and other easily-intimidated fish, especially if inadequately fed or if its habitat is void of places in which it can hide.