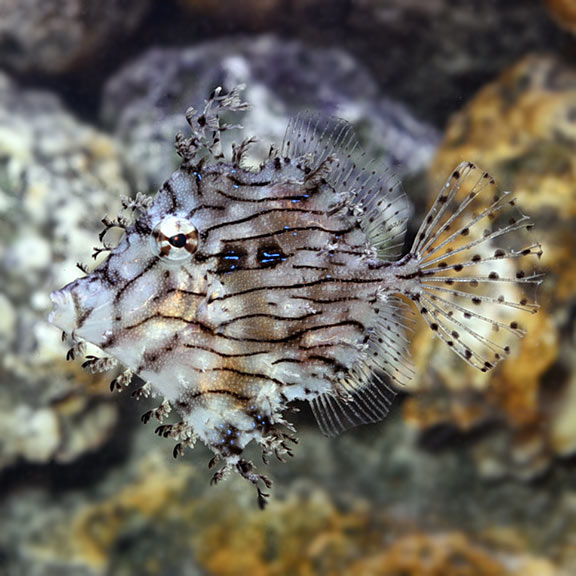 The Tassle Filefish, also known as the Leafy Filefish or Prickly Leatherjacket Filefish, is camouflaged by its light body with dark horizontal stripes.

It is best suited for a 180 gallon or larger aquarium with weedy areas, rocks, and at least one suitable shelter. It is a peaceful fish that does not bother fish tank mates, with the exception of members of its own family or related kinds.

The Tassle Filefish feeds on a diet of meaty foods including chopped shrimp, squid, clams, fish, and frozen algae and vitamin enriched foods. It should be fed no fewer than three times per day.