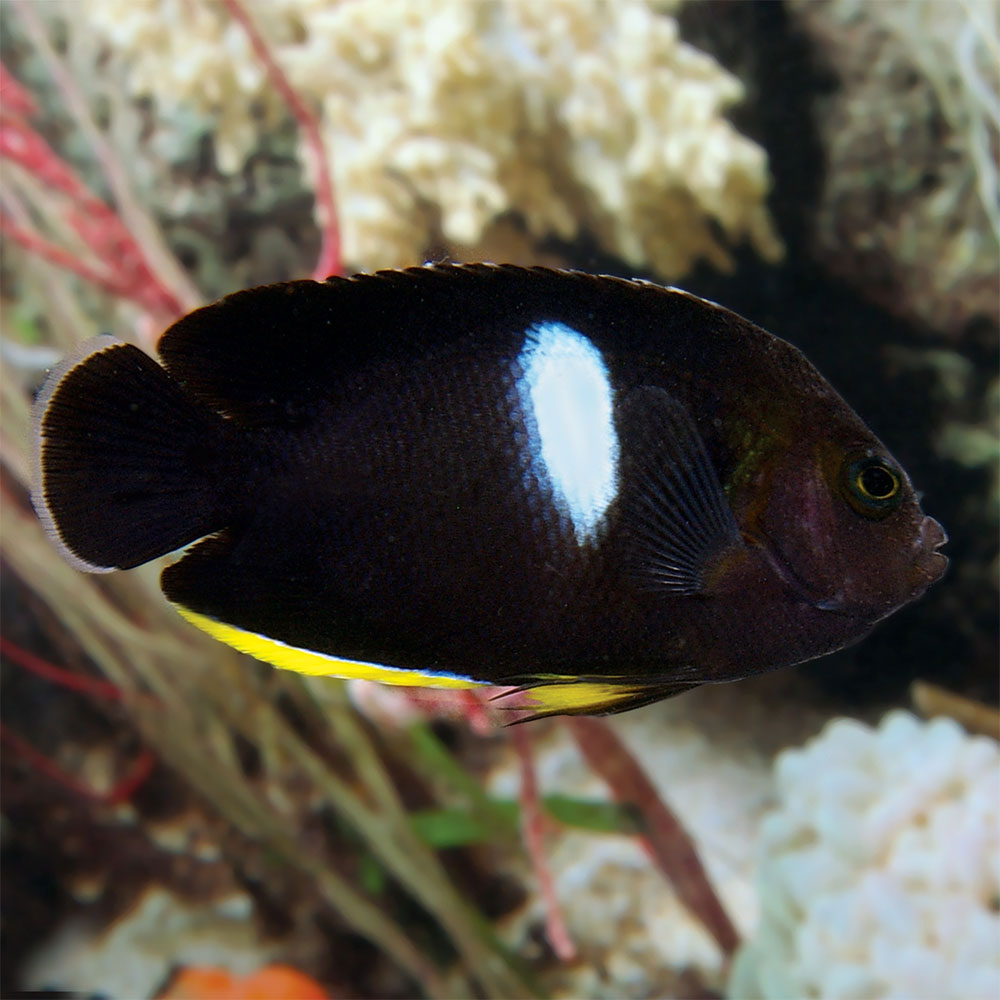 The Tibicen Angelfish, also referred to as the Keyhole Angelfish or Melas Angelfish, is one of the largest of the Centropyge genus. Somewhat drab when compared to most other angelfish, the Tibicen Angelfish is primarily a dull blue to brownish-blue. The pelvic and lower portion of the anal fins are yellow. The egg-shaped, white vertical bar found in the mid-central body area gives it its name.
Provide a 70 gallon or larger tank for the Tibicen Angelfish. It should have large amounts of live rock for hiding and grazing. It may nip at stony and soft corals (sessile invertebrates) and clam mantles. It will also feed on filamentous algae and diatoms.

It is hermaphroditic, very difficult to breed in an aquarium, and has no distinguishable differences in color between male to female.