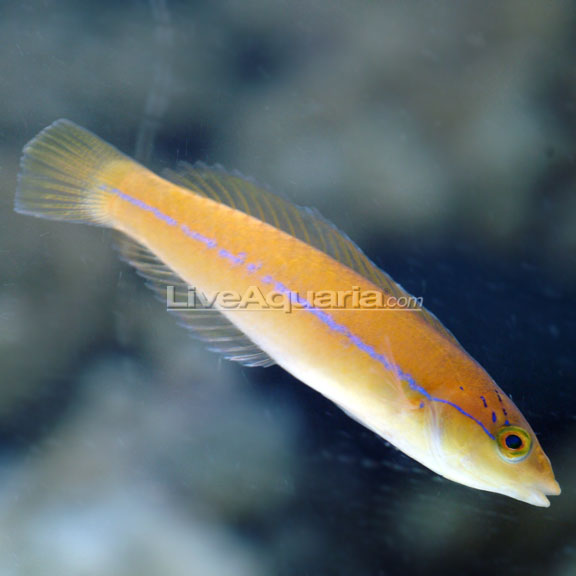 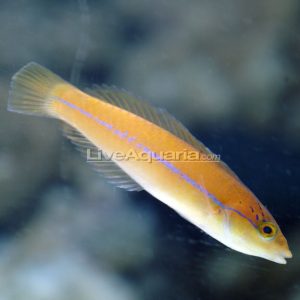 The Neon Wrasse, also known as the Yellowhead Wrasse, is one of the easiest wrasses to identify in every color phase. Adults have a golden to yellow head, a black vertical bar behind the tip of the pectoral fin, merging with a broad black area on the upper side, continuing to the top of the caudal peduncle and upper caudal fin and blue underneath. Juveniles are yellow with a turquoise-blue stripe along their sides.

A 75 gallon or larger aquarium is required for the Neon Wrasse. They are peaceful to other fish, but are territorial, bordering on aggressive with conspecifics, so it is best to keep one per tank. They require plenty of swimming room, and excellent water conditions.