Trouble controlling PO4 with any stability

Rating - 100%
126   0   0
Corals aren't showing stress but annoying me trying to drop PO4 and keep it there. Coloration of LPS and zoas are spot on and look great. Only one that isn't 90+% in color that would I would is my "HOLY GRAIL HAMMER". Not showing much of a blue hue. I assumed it was based on lighting provided vs parameters.

Goal is to get it between .07 and .1 since I do like zoas and half a decent size collection expect more in the future.

I run phosguard on the usual and it seems to get exhausted in under 3-4 days. Did phosguard because I was running an AIO and no real space for ROWAPHOS. I have implemented NOPOX but don't want to stress my luck and create an algae disaster since my recent NO3 tests look fairly close to 0. I was hoping it would read slightly high so I can increase NOPOX to help control the two.

I do reef roids and polyp lab polyp booster for lps and the zoas. I have seen good growth and response. Started most frags with 1-2 polyps and all are nearing mini colony sizes in about 2~months time so I did reduce the # of times per week (2) since I feed LRS Reef Frenzy and Mysis about 5-6 a week.

I don't rinse the mysis as I only feed 1/3 cube 2x a week. Otherwise, I am feeding LRS Reef Frenzy which is fairly clean. Still adds PO4 but nothing too crazy. I do not overfeed and only have pair of clowns, midas blenny and a rainford goby.

I have been fairly good at rinsing my filter socks often so don't think it's based on that.

Only additional thing I could assume is possibly PO4 leeching from rockwork? I have had this rockwork for a long time. cleaned before using but only other source of PO4 that people look at so wanted to touch base on it. I've run a phos remover since I've had it. Either GFO or phosguard so I would hope PO4 would exhaust out of the rockwork. Any info on how long it would take for normal rockwork to leech out all PO4 while utilizing a phos remover?

i had the same problem two years ago
i acid washed then bleached all my rocks a few structures at a time
that way i don’t kill all my biological filtration
things are so much better
now i dose nopox 5 ml daily and change 1/2 cup pho’s an every 3 months
phosphates are at 0.04-0.1
nitrates 2-5
reef roids as well as pellet food def makes my phosphates jump up but after 1-2 days goes back to normal
hope this helps 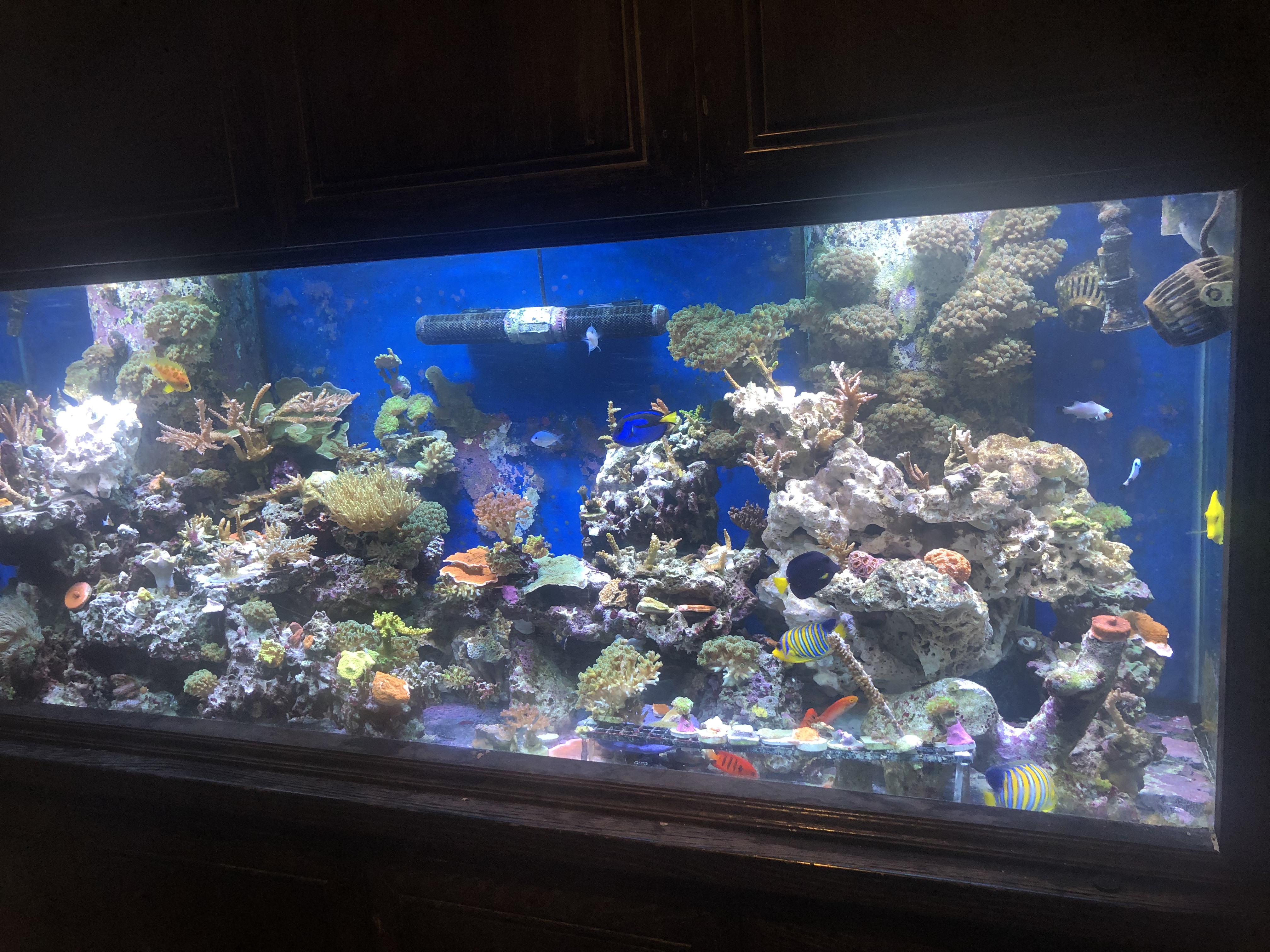 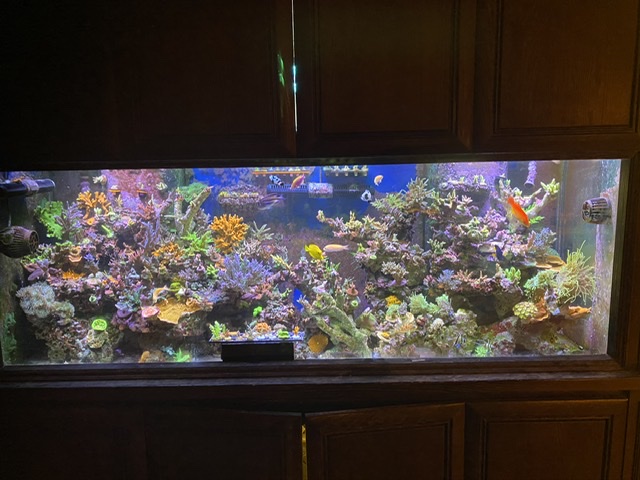 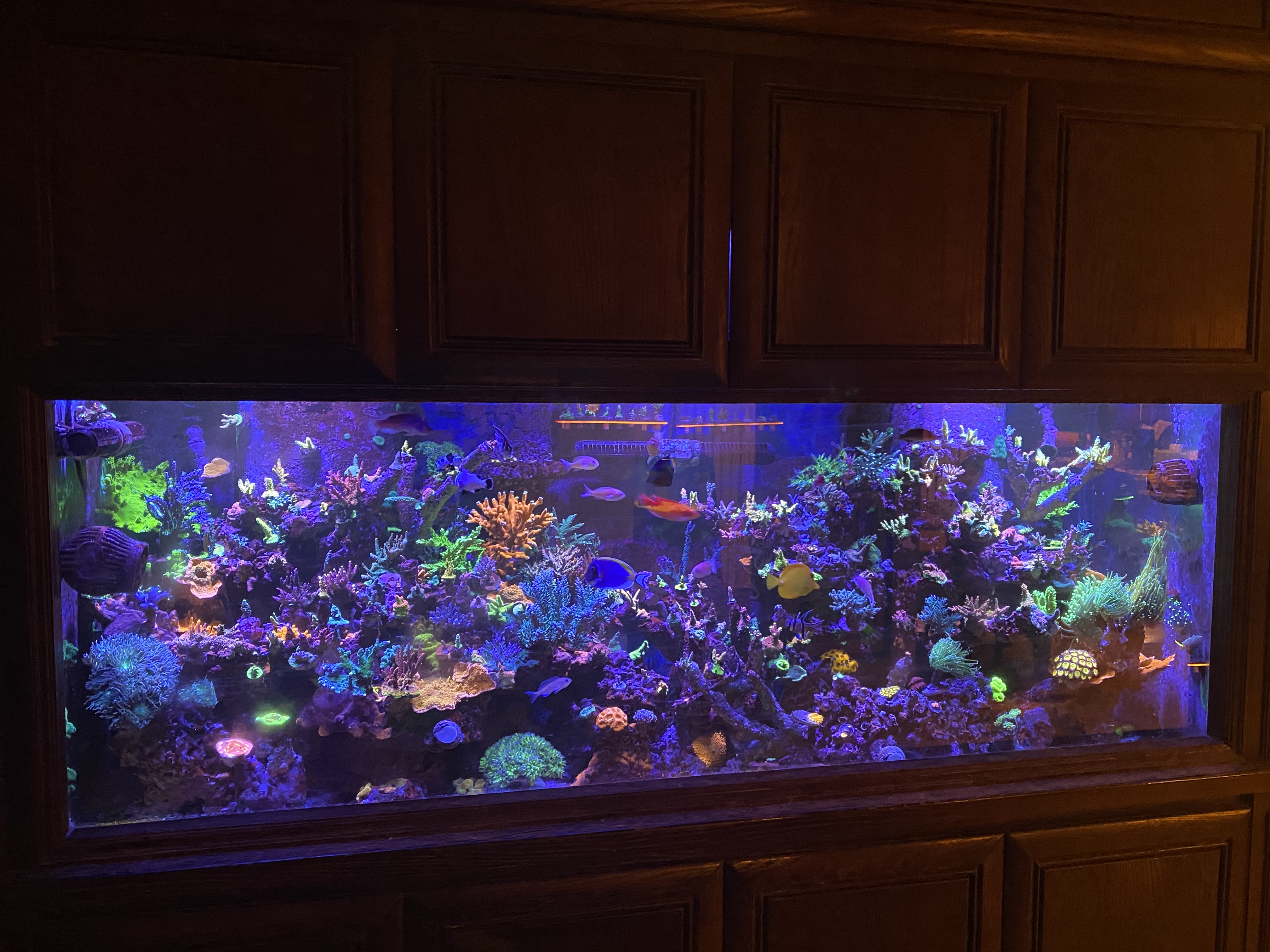 if all is well with your corals and you are happy and bring your phosphates down to your desired range then use Phosphate Rx, most effective way to reduce po4, I use diluted lanthanum for my system, 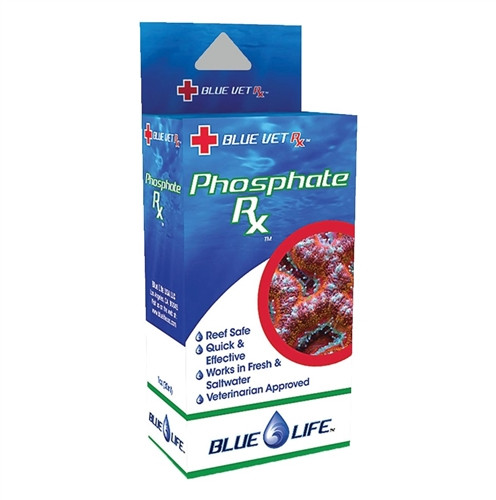 ravi197699 said:
if all is well with your corals and you are happy and bring your phosphates down to your desired range then use Phosphate Rx, most effective way to reduce po4, I use diluted lanthanum for my system,

I have lanthanum and if i dont see a good change after putting rowaphos back online then I plan to do as suggested by BYU.

Bleach and clean my rocks with the normal procedure and see if I can get to the same point as him.

Cut your reef roids dose...
I recently had low Po4, fed reef roids (I ran prescribed dose but only on dt volume...
Po4 jumped from 0 to .1 over night....
Waiting for it to drop to .04
Then I'll try to maintain
E

Since I feed LRS reef frenzy, i dont feel overfeeding was necessary and enough food was available to keep growth rate moving. Zoas have shown good growth with this but constant battle with high PO4. I need to check before feeding reef roids then after.

Had a similar issue a few months back. Phos was .25 and nitrates 0. I started running rowa and would have to change it every 2 days. I went through a one container of it and eventually they started getting lower and holding. I was also dosing esv nitrate while doing this.
E

Rating - 100%
126   0   0
So, I was able to get PO4 down to zero by mistake and then that night fed polyp booster + reef roids to increase PO4 out of zero. Has been steady for the past few days jumping from .09-.12 which isn't terrible. So I can deal with that. will like for it to go a little lower but will go slow and steady.

If I can keep it around there then I don't think I have to go drastic and remove rockwork to refreshen them. We'll see.