Difficulty level: Merulina is a medium difficulty LPS coral with sensitivities to light as well as chemistry levels.

Feeding: Merulina?s small mouths make it a bit harder to feed with smaller particles such as phytoplankton and rotifers being accepts most often. Broadcast dispersion or direct feeding up current works best.

Lighting: Medium lighting is the best place to start, but careful observation is key when acclimating merulina as they will bleach rapidly to let you know if it?s too much light. Less light is better than too much, so start them lower in the tank and move slowly to the desired height.

Waterflow: Merulina do best under medium to higher flow.

Placement: Merulina should be placed on rocks with space between it and its neighbors. They don?t have longer stinging tentacles, but are very susceptible to the stings of others 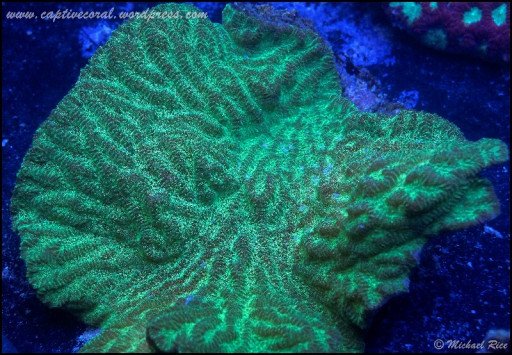