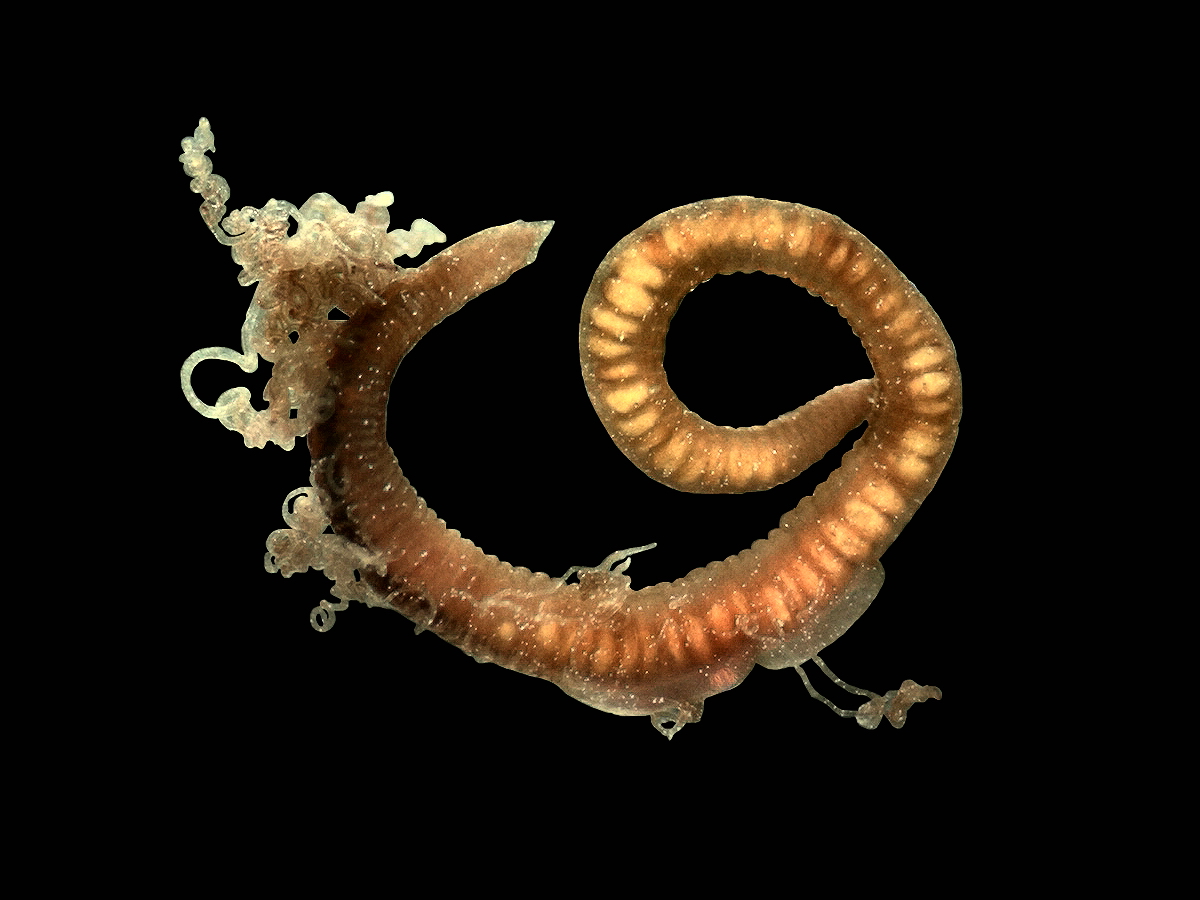 Cirratulidae is a family of marine polychaete worms. Members of the family are found worldwide, mostly living in mud or rock crevices.[2] Most are deposit feeders, but some graze on algae or are suspension feeders.

Cirratulids vary in size from one to twenty centimetres long. They are mostly burrowers in soft sediments but some live in rock crevices. The head is conical or wedge-shaped and has no antennae. The body is generally cylindrical, tapering at both ends. Cirratulids are characterised by a large number of simple elongate filaments along the body. Some of these occur as an anterior cluster of tentacles, grooved for deposit-feeding, but the majority, the branchiae, are found one pair per segment, and do not have grooves. The chaetae (bristles) are simple capillaries, usually with hooks, and emerge directly from the body wall. There are no anal cirri (slender sensory appendages). The worm is usually buried with only the writhing branchial filaments visible.[2][3] Some cirratulids can build tubes of calcium carbonate.