So, here’s the deal. I’ve been going through a rough time lately. My outlook on life has been evolving and I wasn’t sure how my new perspective would be received by my new family. Let me preface this by saying that I’ve been adopted by a wonderful father that takes great care of me. My main concern has been that I would be rejected because I no longer feel I can conform to the norm. From an early age I was told that I should grow up, get married to a wonderful woman and make lots of babies. On the surface that seems like a logical course. Unfortunately, it’s not a course that seems right for me.

Let me start by saying that I had a normal childhood. I got along well with my siblings, never got picked on, had plenty to eat and a nice home… you know, pretty normal, right? My family was pretty large, there were 386 of us. I’ve been told that is more than normal, but we were happy. We spent our days playing games like “Tag” and “King if the Hill”. It was awesome!
Everything was great… then, one day… BAM! I was taken away from my family.

At first I didn’t know what was happening and I was pretty freaked out. The sun turned green and I was swept up into what I’ve been told was not a cloud, but actually a “net”. What is a “net”? I don’t know! Anyway, I ended up in a dark shipping container for what seemed like weeks. Nothing to do, no food, no one to play with… ugh! Finally, things got brighter and I could see again, woo hoo! Next, the container I was in opened up and I was able to breathe better. A young boy cooped up in a small space can become a bit smelly over time as you may know. Anyway, the atmosphere started to clear up and I was feeling like myself again.

A little while later I met my adoptive father. He was kinda funny looking and a lot bigger than my natural father, but he seemed nice enough. He showed me around my new home. It was a little different from my old place, but it was nice and clean. After I got settled in we had dinner and I went to bed. It had been a long few days and I slept like a rock.

Several days went by and everything was great. I’m not one to complain, but looking back, food was a bit scarce in my old home. That is not the case here, I got so much food to eat I felt like a rock star! Four square meals a day makes a growing boy happy. When I thought things couldn’t get any better, Dad told me that he had a surprise for me… I was getting a roommate! This was cool because I was starting to get a bit lonely.

This is where things started to get complicated. My new roomie was smaller than me. That in itself wasn’t an issue, but the more we hung out together the more I enjoyed his company. As time went by I felt things inside me changing and I didn’t know how to cope with these changes. I started to put on weight and had a growth spurt of sorts. Was there something wrong with me? Am I bad because I’m having “feelings” for my roommate? These feelings were really starting to bother me and I knew I had to do something.I was extremely worried about discussing this with anyone, out of fear of being rejected, but I finally decided to say something to my dad.

During lunch one afternoon I gathered up the courage. “Dad,” I said quietly, “I’ve been having these feelings and I think I might be a girl.” I was afraid of what he would say so I looked at my food instead of looking at him. What happened next came as a total surprise to me. “I knew this day would come,” Dad said. “There is something you need to know. You and I aren’t the same species and you are a protandrous hermaphrodite.” 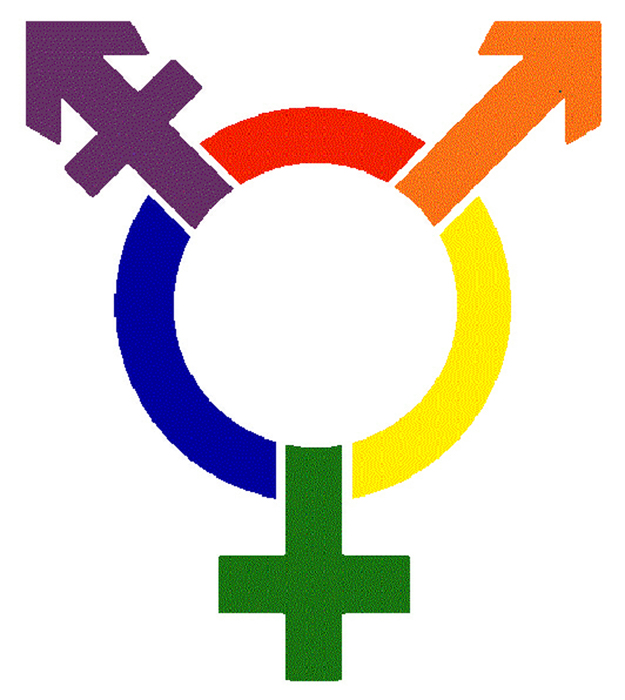 Dad went on to explain that he and I are different in many ways. He is a “human” and I am a “fish”. I knew he looked a bit different, but I had no clue how different we actually were. I always wondered why he never came into my room and why I wasn’t allowed in other areas of the house. Now I know.

“I still love you even though you’re different,” Dad said. “I’m sorry I didn’t discuss this with you sooner, but there never seemed to be a good time.”

Yeah, I thought that was a lame excuse, too, but you know how parents can be. As it turns out I’m not as much of a freak as I thought I was.

Once the subject was brought up, my dad had a lot to say. It seems that my whole concept of growing up as a boy and hooking up with a girl to produce babies was a bit skewed. Things aren’t as simple as that. Not only are there protandrous (male to female) species, but protogynous (female to male) hermaphrodites too! I was under the impression that we were all born male or female. While this is the case for many species, it’s not the only way. Am I what fate deems me to be, or am I my own… person?

My dad took the time to explain everything about sex to me and this is what I learned:

1. The majority of pseudochromids, some gobies and dwarf angels are protogynous: born as non-functional females that transition to males.

2. Most clownfish species are protandrous: born as non-functional males that transition to females.

3. Bi-directional hermaphrodites have the ability to change sex back and forth.

4. There are also gonochorists that are born either male or female at birth. No sex change is possible.

5. Some species are sexually dimorphic, meaning there are physical differences between the sexes. Differences can be body shape, body size or fin size.

6. Some species are sexually dichromatic, meaning there is a color difference between the sexes. 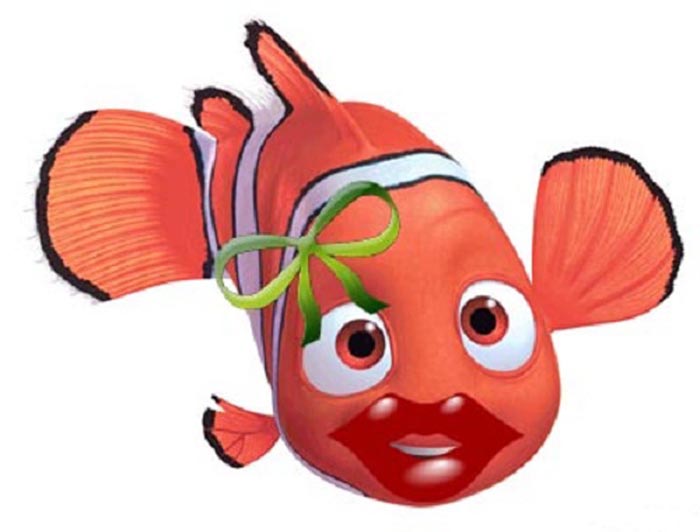 I wish I’d known this sooner. It would have made life a lot less stressful. Knowing that this was something “biological” rather than some type of “choice” makes me feel a lot better about myself. I found out a few other interesting things too. It seems not all fish have monogamous relationships between one male and one female. Some species form “harems” that consist of a dominant male that will spawn with various members of a group of females. I hear some in the human species exhibit this behavior too.

Frequency of spawning also varies quite a bit. Some fish spawn every other week, like my partner and I do. Others spawn weekly, or even nightly. There are also species that only spawn during a brief time during the year
depending on the season. A lot has to do with how long the eggs take to develop and how much parental care they need. In our case, my partner tends to the eggs for seven days before they hatch. My dad usually removes the eggs at that time and does the rest of the work for us.

Shortly after “coming out” a couple of really nice Orchid dottybacks, (Pseudochromis fridmani), moved into the tank next door. They are a very charming couple. Their situation is the opposite of ours. In their case the male is the larger of the two.

It has been several years since the big revelation and my former “roommate” and I became a happy couple. We’ve made many babies together and they have all grown up and moved out to start their own families. I’ve even gotten news that some of our children have had their own, so I guess that makes us grandparents! I don’t feel old enough to be a grandparent, but things move quickly in the clownfish world.

So why am I telling you all of this? I thought it was a good time to share my story with others and explain some of the differences between us; and how those differences don’t mean we can’t all get along and live happy lives. There has been too much discrimination in the past that has led to a lot of bullying. All too often, bullying has led to depression and suicide. I’ve heard of other fish jumping out of their tanks when they just couldn’t take it anymore. It is very sad.

I encourage each and every one of you to talk with your kids and explain to them how individuals are different in many ways and those differences are not bad. On the contrary, they serve to make us individuals worthy of love, consideration and respect.