15 Years in the Making

My name is Brad Syphus; many of you know me by Bradleyj.  Christmas of 1999 is when this all started. My wife and two daughters decided to buy me a 29 gallon starter freshwater tank. I have always been interested in aquatics and fish but had never pursued it. That year they decided to give this to me as a Christmas present.

I became obsessed with this little tank.  I had over 30 fish in it and would do weekly water change to keep the fish and tank “happy”.  After a couple of years of freshwater, I found myself beginning to get bored with it, so on my birthday, March of 2002, I talked my wife into a 65g tank and stand.  I wanted to try saltwater. 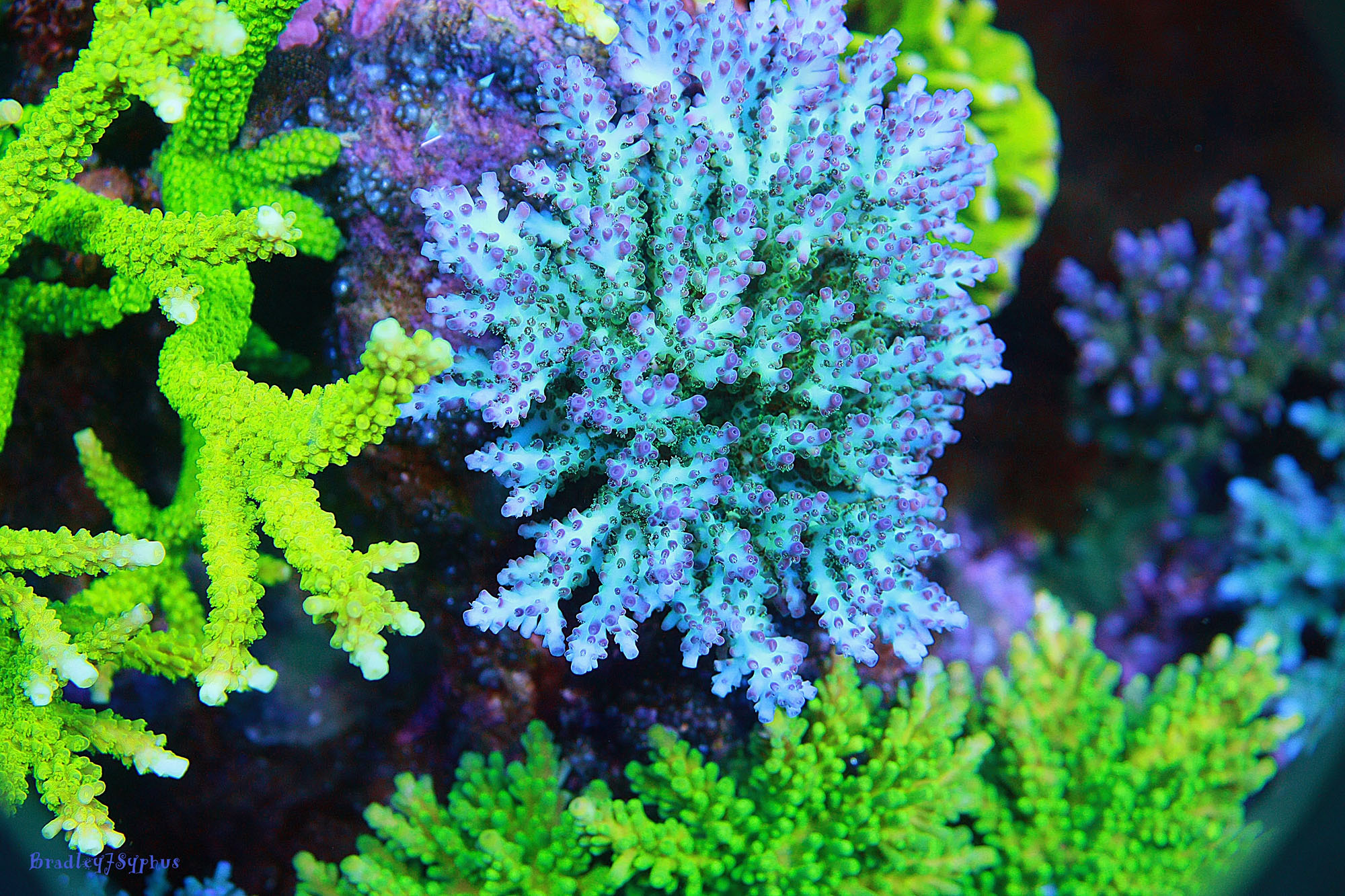 I had no knowledge whatsoever on how or what it took to create a saltwater tank for fish, but I was dead set on it.  I also had never had a computer and had very little knowledge of the internet, but that did not stop my enthusiasm to learn.

First thing I remember was the cost. I couldn’t believe how much more it was going to cost me to set up a saltwater tank compared to a freshwater one. The equipment, lights, heaters, sump … What was a sump?  Well, a thousand dollars later and a couple of months of reading and asking all kinds of Qs to LFS employees and owners, I started to get the idea.

I was successful with this tank and loved it for many years, housing many fish (wrasses and smaller tangs). Coral was always important and started with the love of Ricordia and yuma mushrooms which blossomed to SPS. 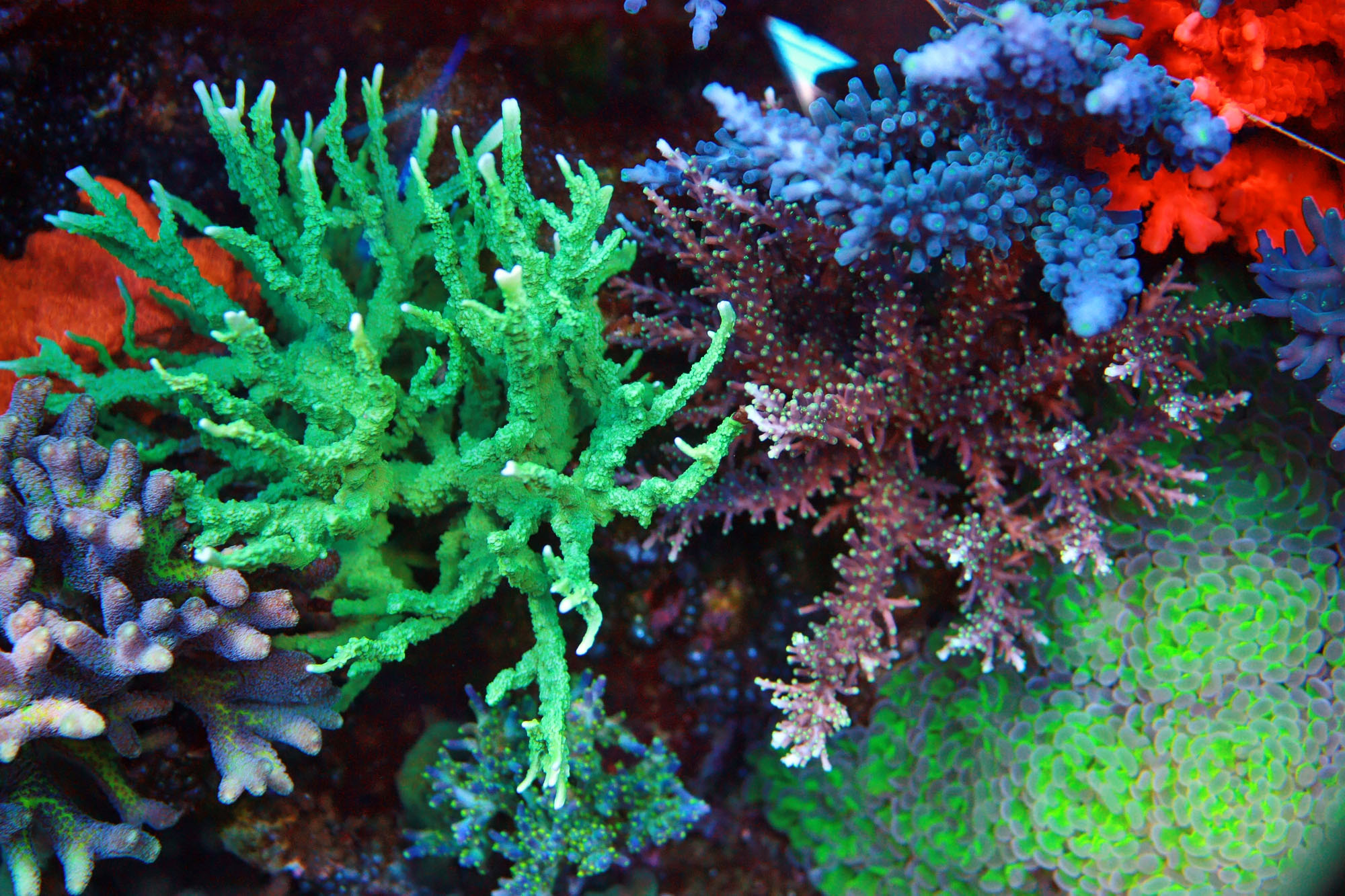 I believe it was the year, 2005. I was on Reefcentral looking in the sell dry goods forum when I saw that Scott Fellman was selling his 225g reef setup.  I loved his equipment and design, and after making a deal with my wife to remodel our kitchen, she agreed to let me buy it.  I hooked up a enclosed trailer and off to California we went.  After seven wonderful years in the making, this is what it became: http://reefkeeping.com/joomla/index.php/current-issue/article/109-tank-of-the-month

Fast forward to late Spring, 2012: I came across another deal.  My tank was in full glory but had no more room.  A friend here in Salt Lake, Randy Olsen, owner of Mountain Shadows Marine, had a used Leemar tank: ¾ inch glass 72 x 30 x 36 inches tall.  My old 225 was acrylic and I hated how it scratched.  The Leemar was the same footprint as the 225, so there was no need to change anything but the tank … so I thought.

We tore down the old tank and had all of the animals and coral in bins as we switched over.  However, once we re-plumbed the tank and started filling it up with water, we forgot to check under the tank, and there was a power cord accidentally still draped over the center brace between the tank and stand.  When the tank was nearly full with sand, rock and water, the weight was too much and the bottom of the tank broke.

This set me back a couple of months.  We had to rebuild the tank in my basement, and I lost a lot of my coral and fish. Basically I had to start from scratch.

But after a year, my new tank was really looking great, and I went crazy adding all different kinds of fish; anthias were my favorites this time around.  All was going great … until Dec 10th, 2013. 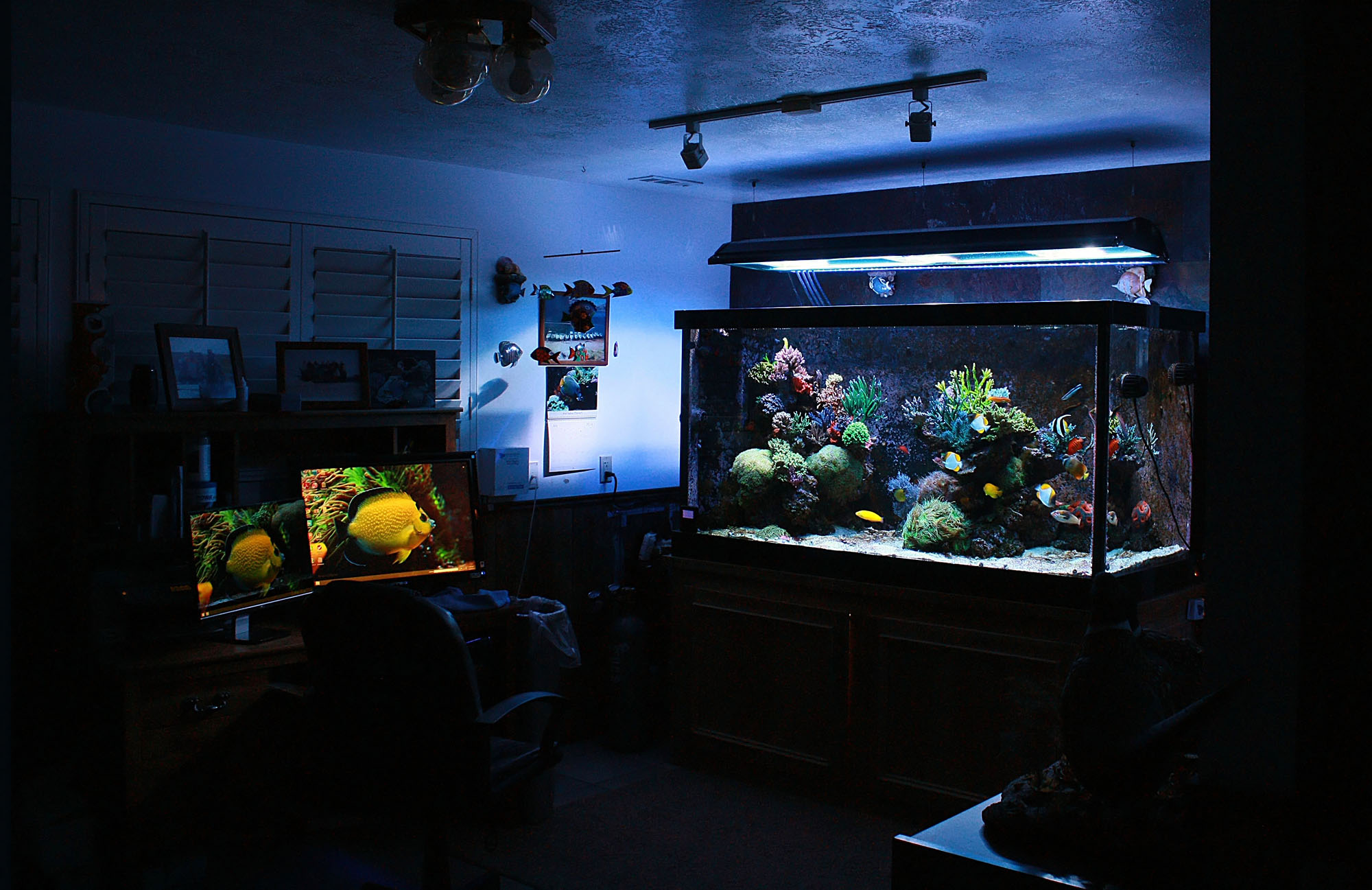 The tank’s silicone seal in one of the corners started leaking while I was at work.  My wife called in a panic; I rushed home finding her there holding a bucket against the tank and five other buckets already full of water! We used bar clamps to squeeze the tanks end panels together, forcing the leak to stop. We used five barclamps, but one of them must of been tighter than the others, and after I went back to work, my wife came home from Christmas shopping to find about 100 gallons of saltwater on the floor!  The stress of one of the clamps had cracked my back glass panel, causing a major flood and tank crash once again.

This time, I broke down.  I didn’t think I could go through rebuilding another time. I told my wife and daughters I was done.  But they wouldn’t let me give up my passion I loved so much.   My friends (100s of them on Facebook) wouldn’t let me give up. With all that support, I couldn’t say no.I – we – rebuilt the tank once again.

I got the tank back up and running by March, 2013. It is now a little over ten months old. I lost almost all of my coral and fish a second time, but with the help of some fantastic local friends here, they set me up with starter SPS and corals.

And now, once again I’m loving my tank and love the friendships and support I have gained in this wonderful hobby.

Thanks goes out to many! 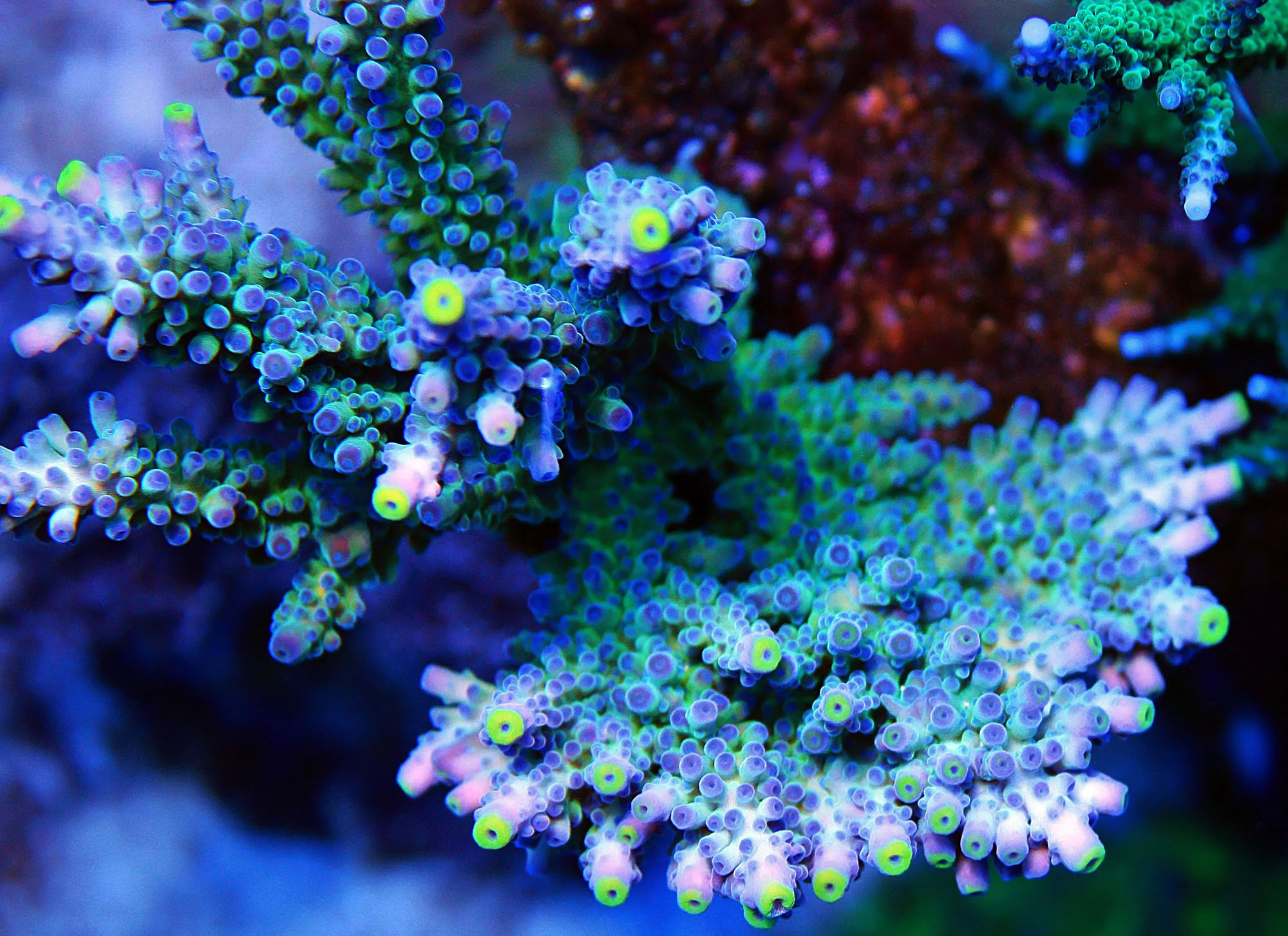 Randy Olsen, Dave Anderson, my wife Vickie and daughters Natalie and Megan, for not letting me give up.

This hobby led me to other hobbies like photography.  Here are some details and photos of my reef. 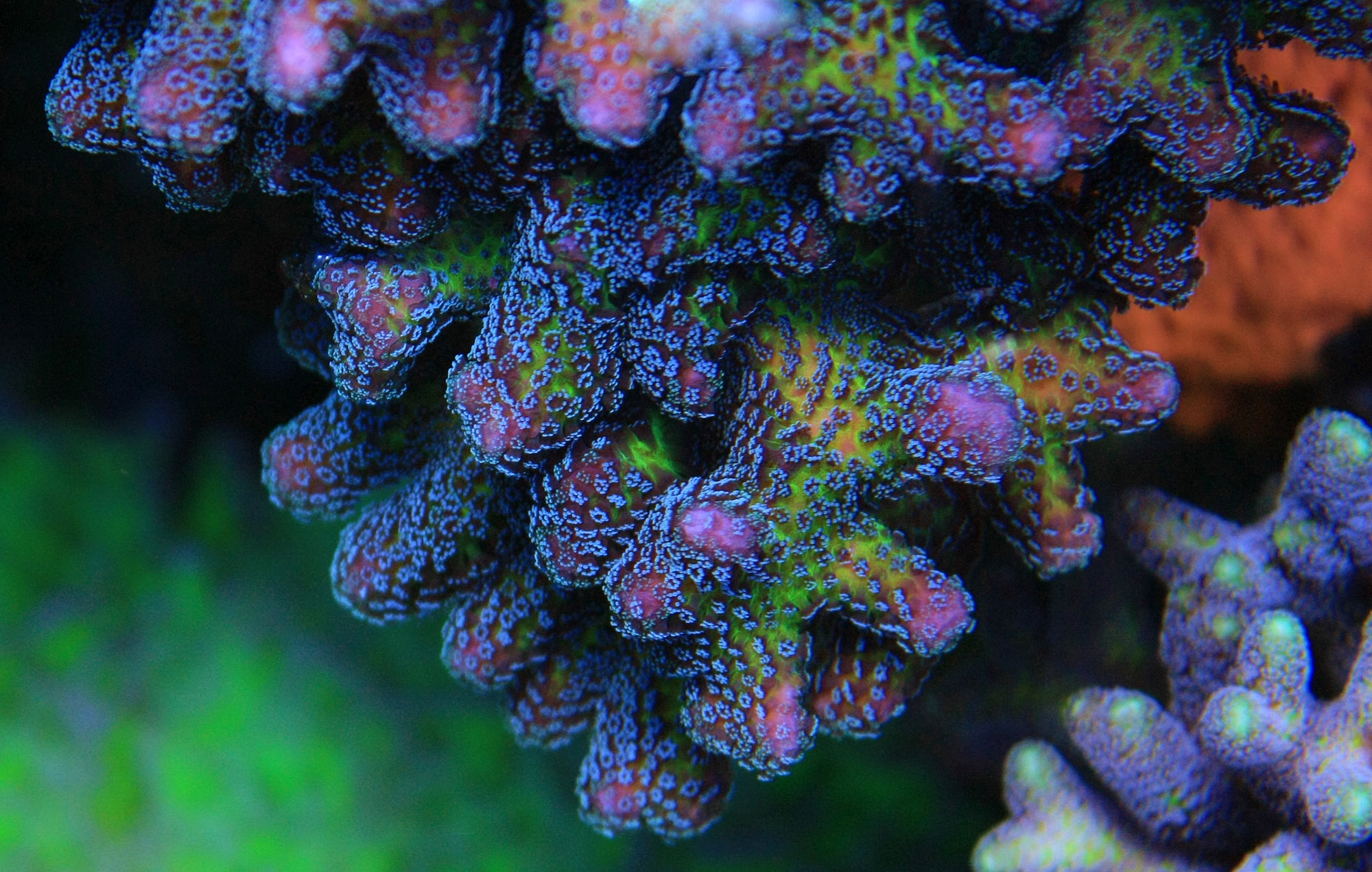 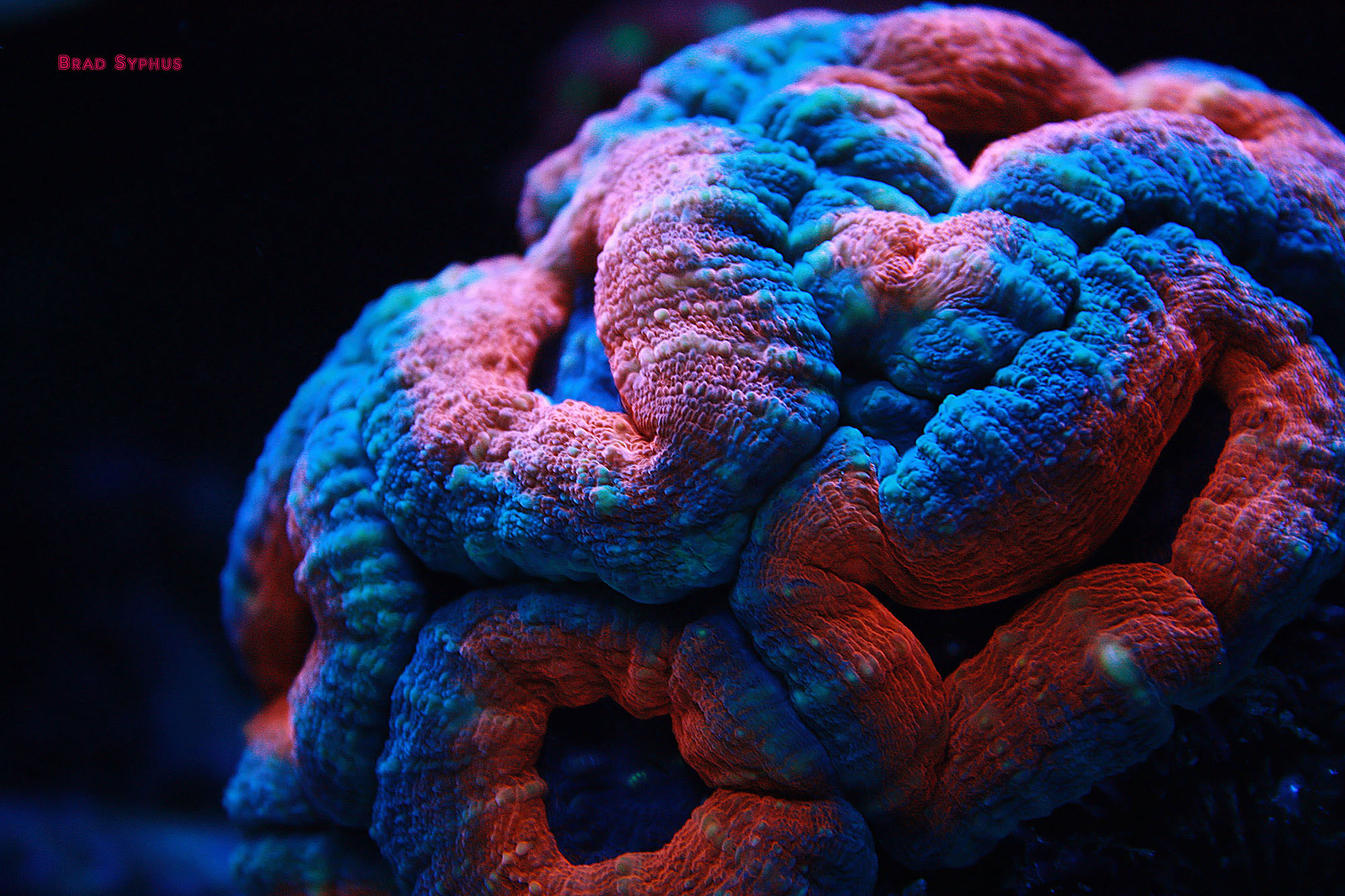 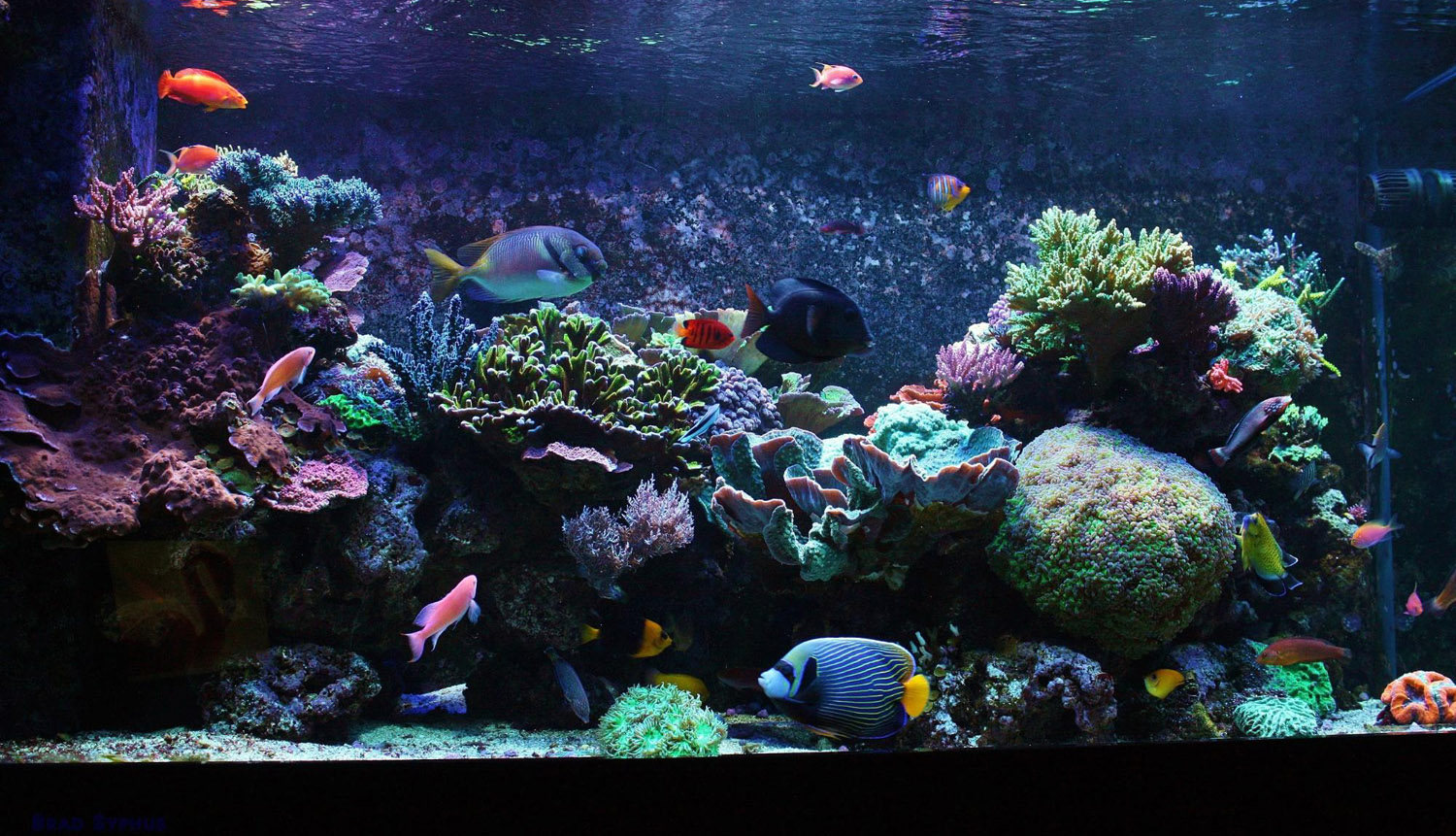 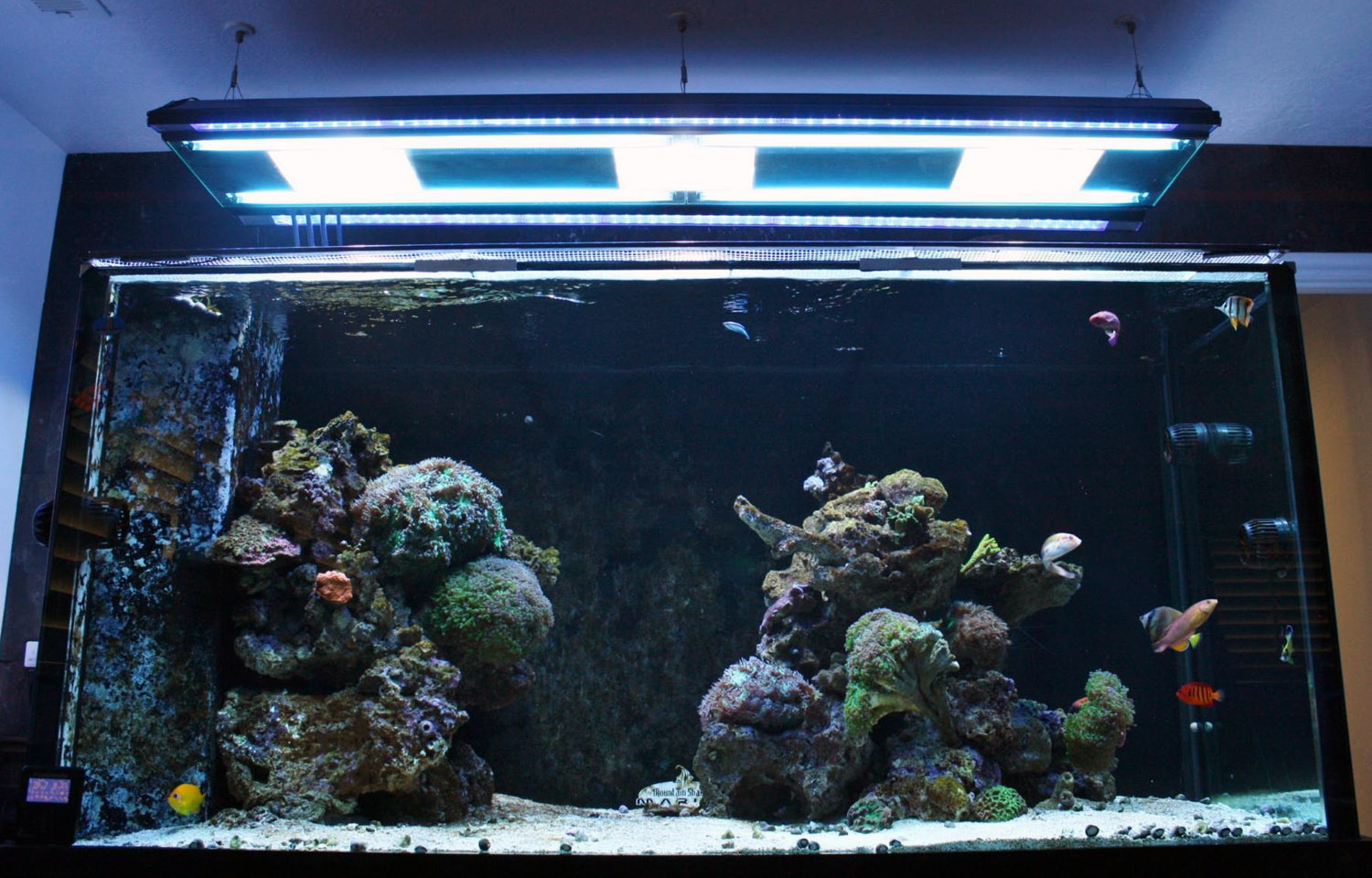 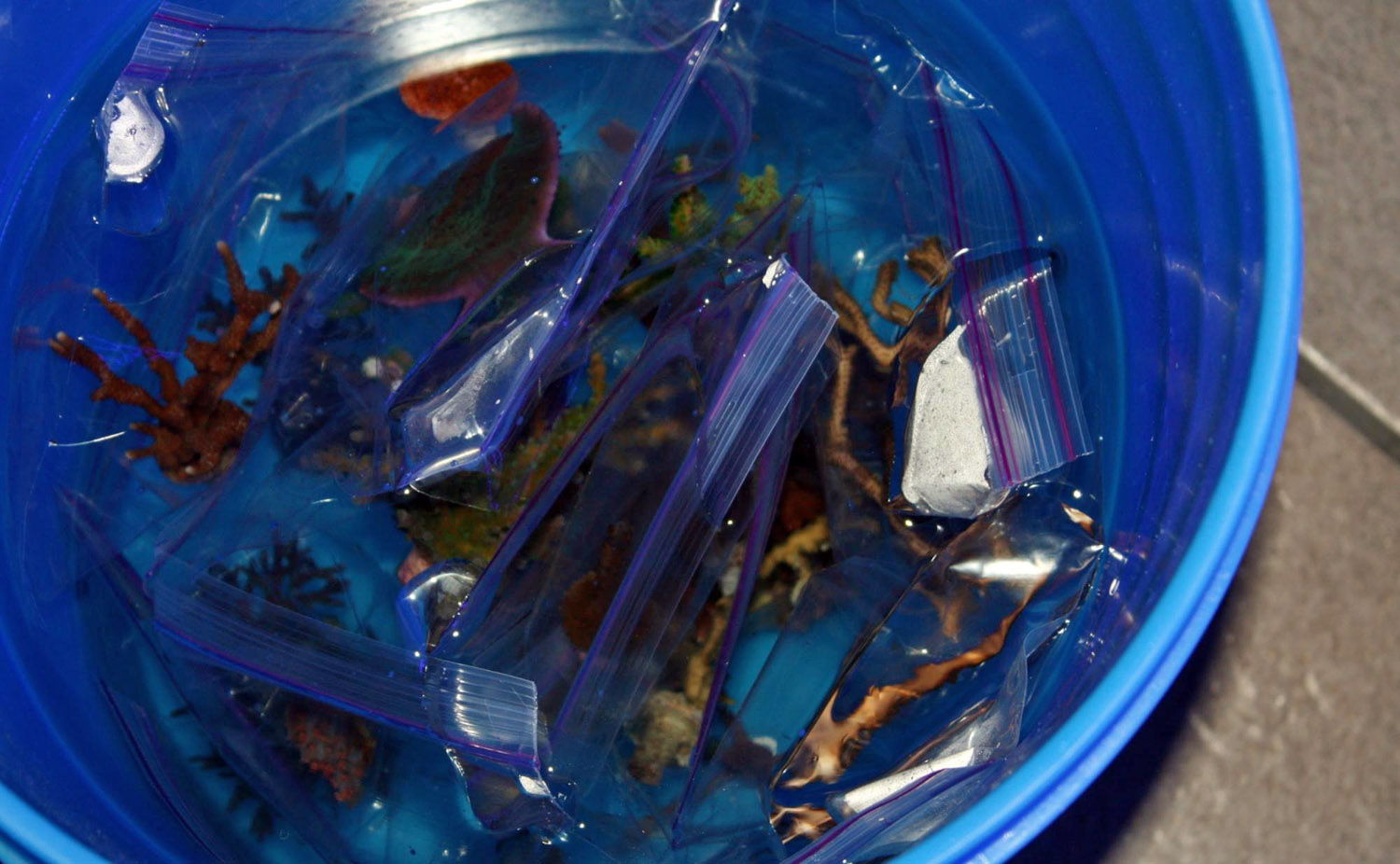 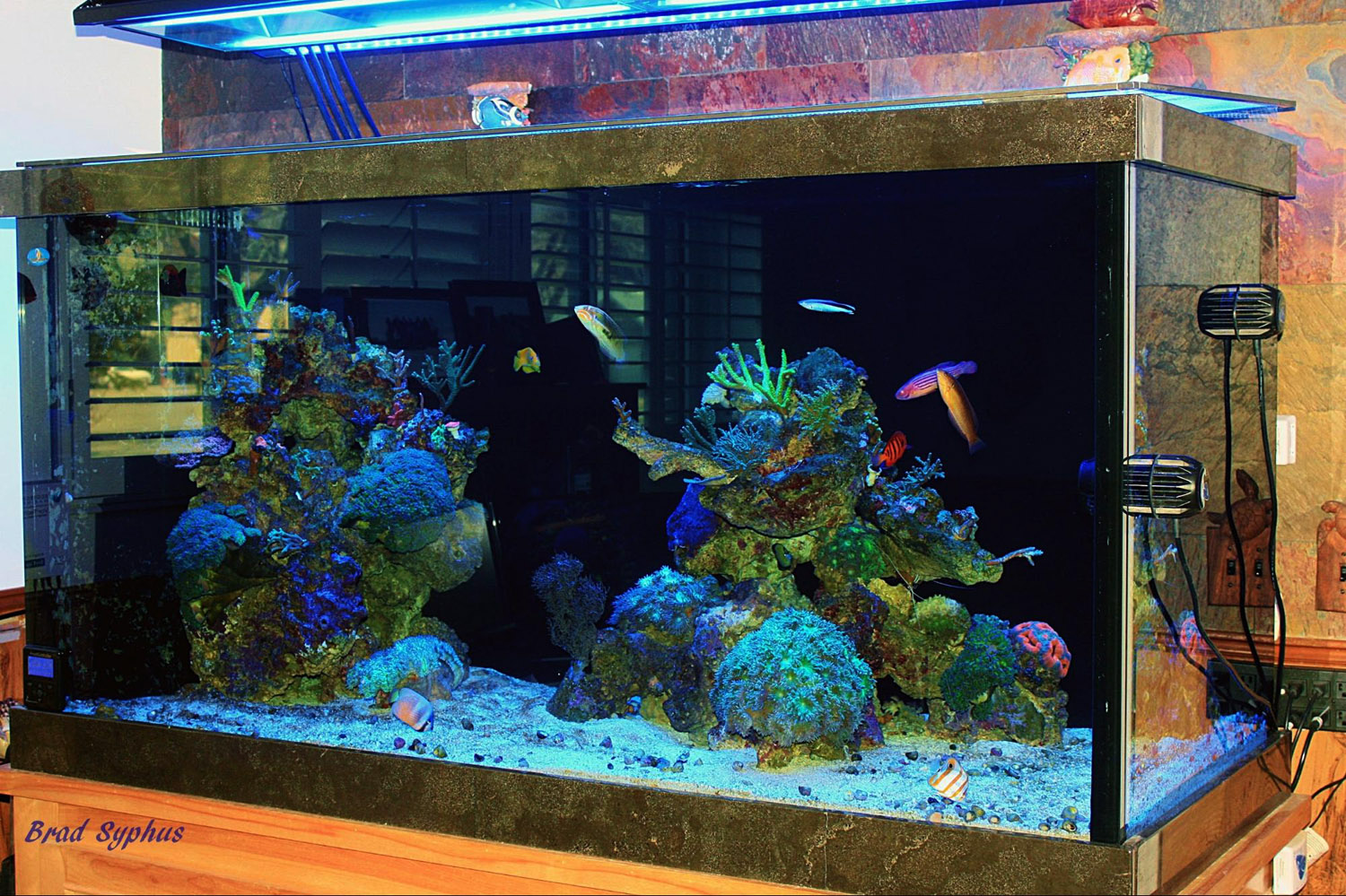 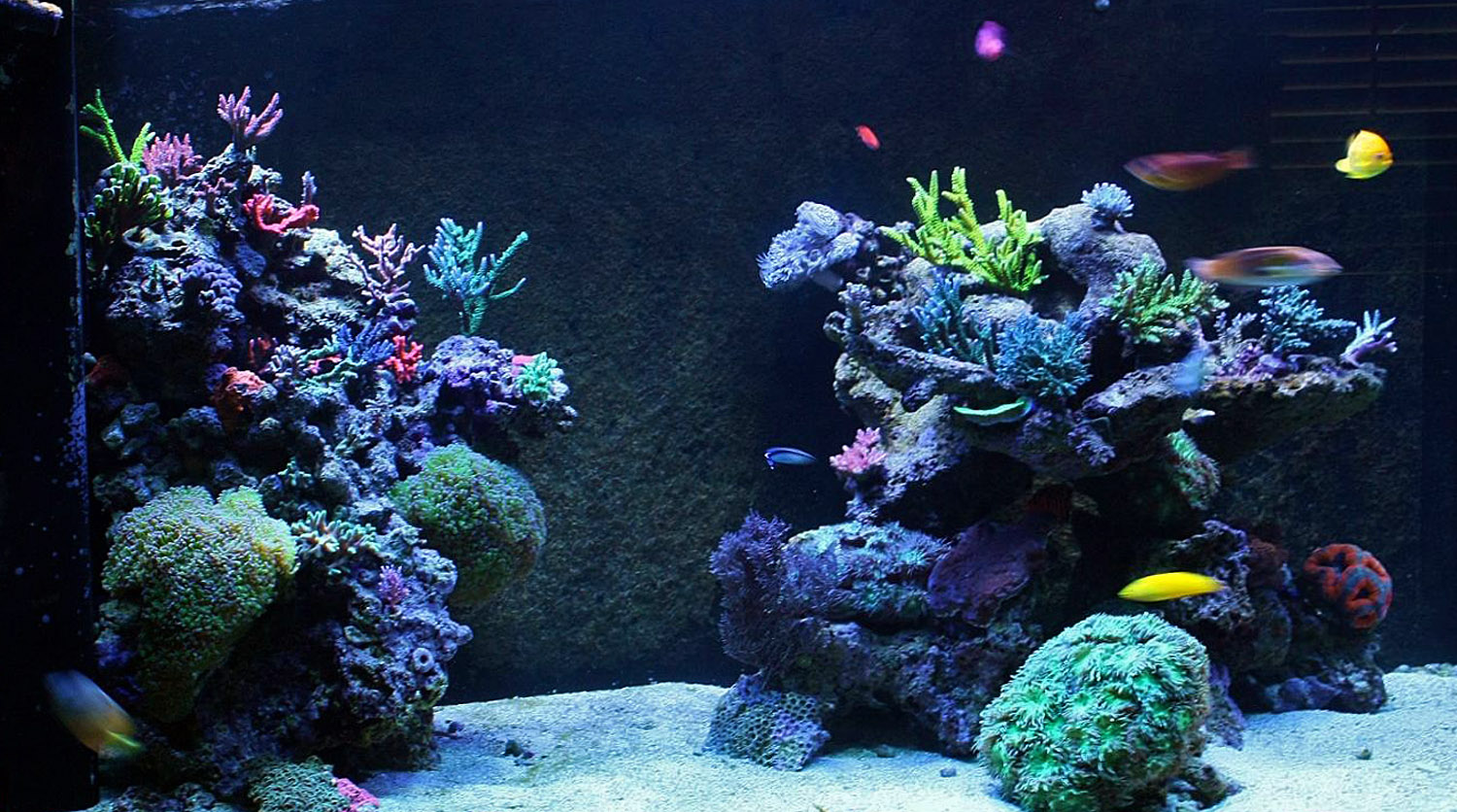 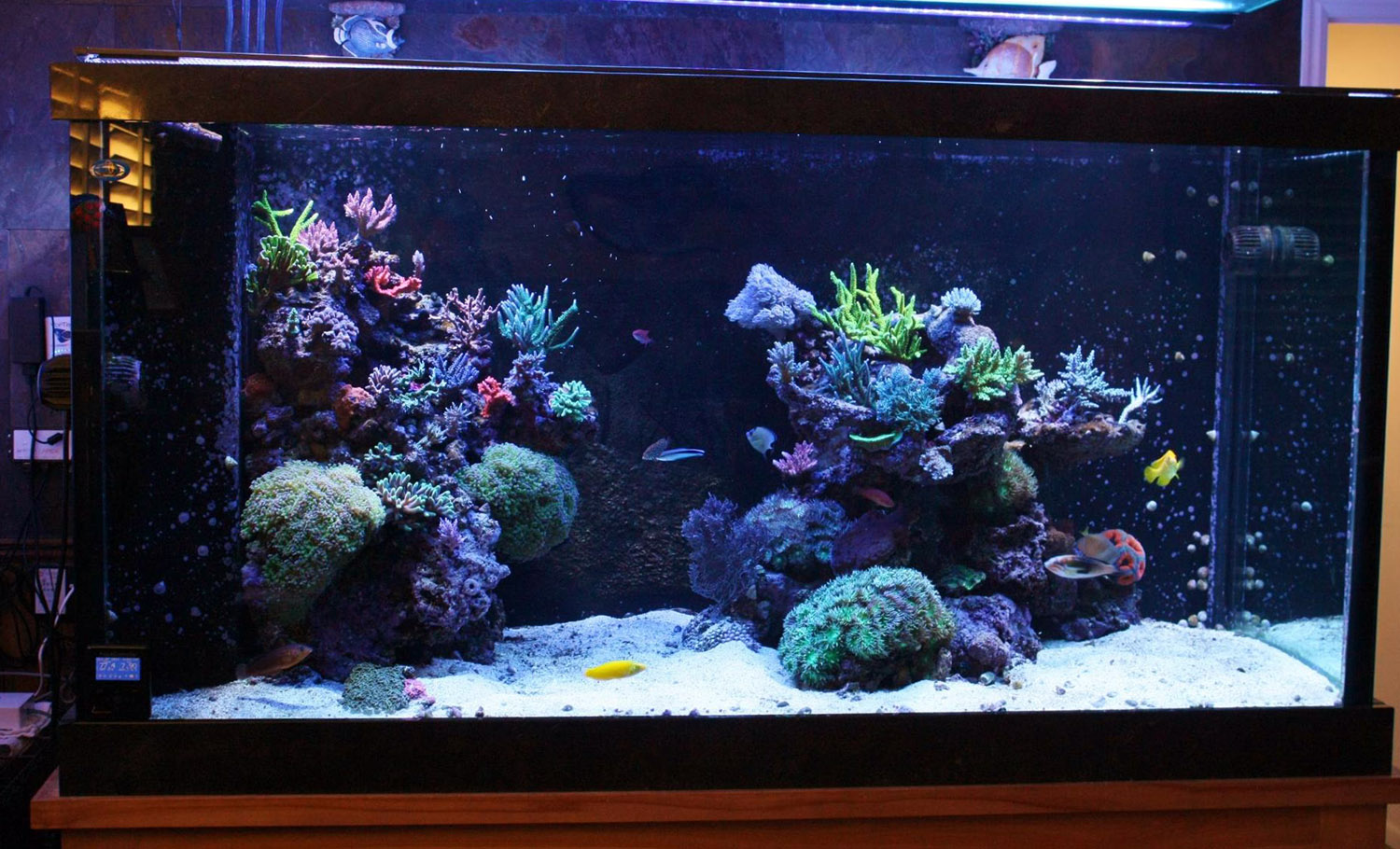 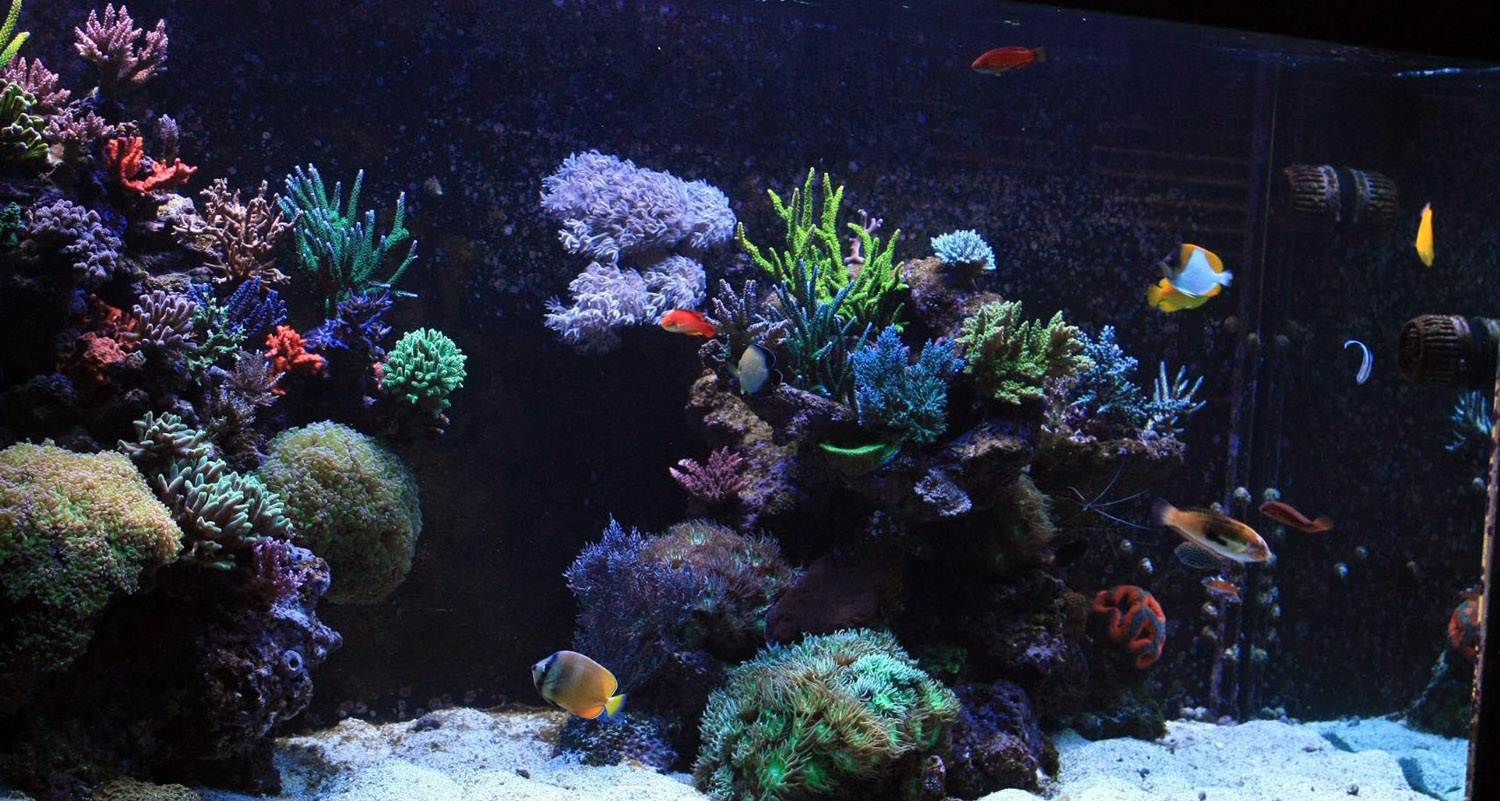 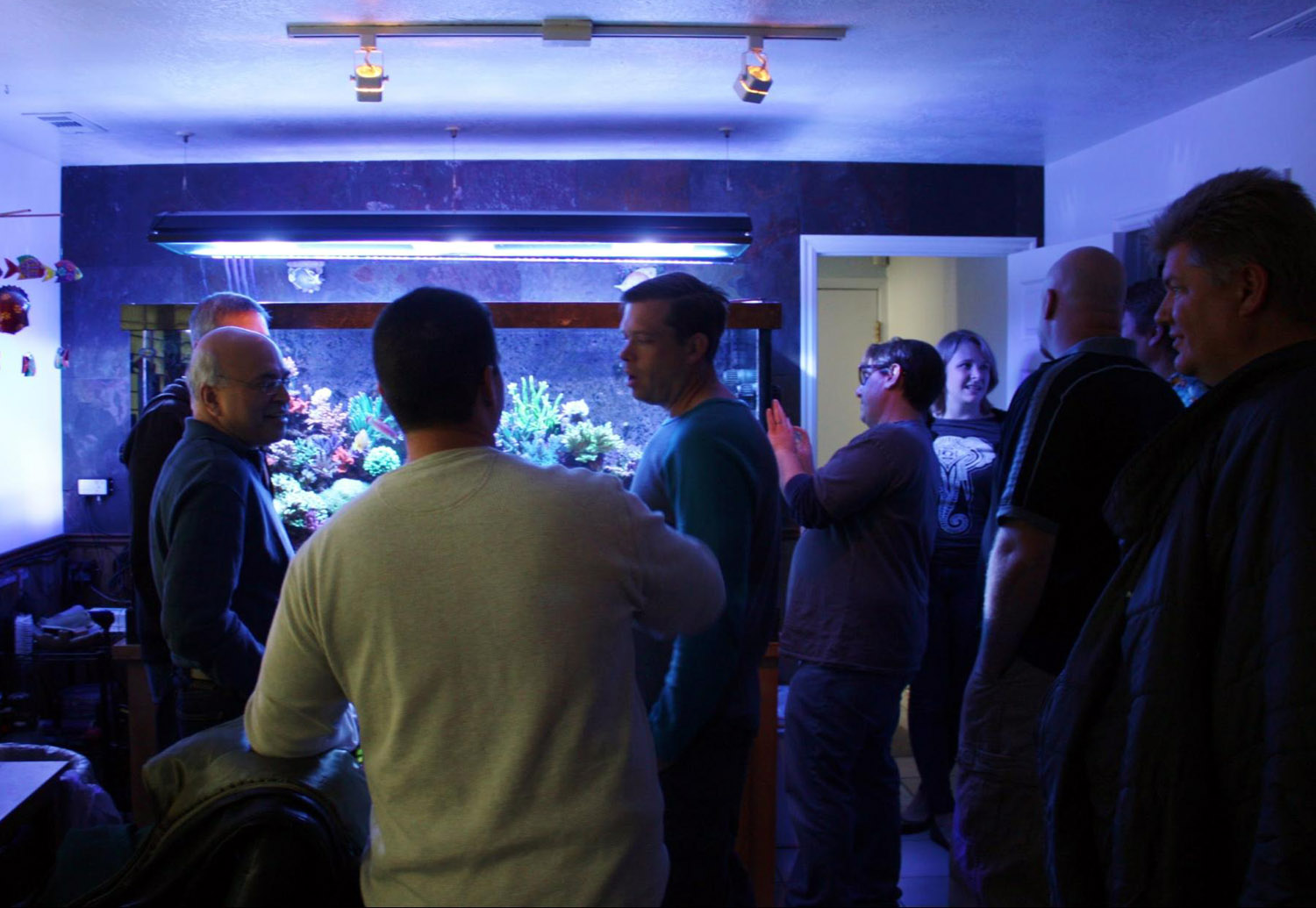 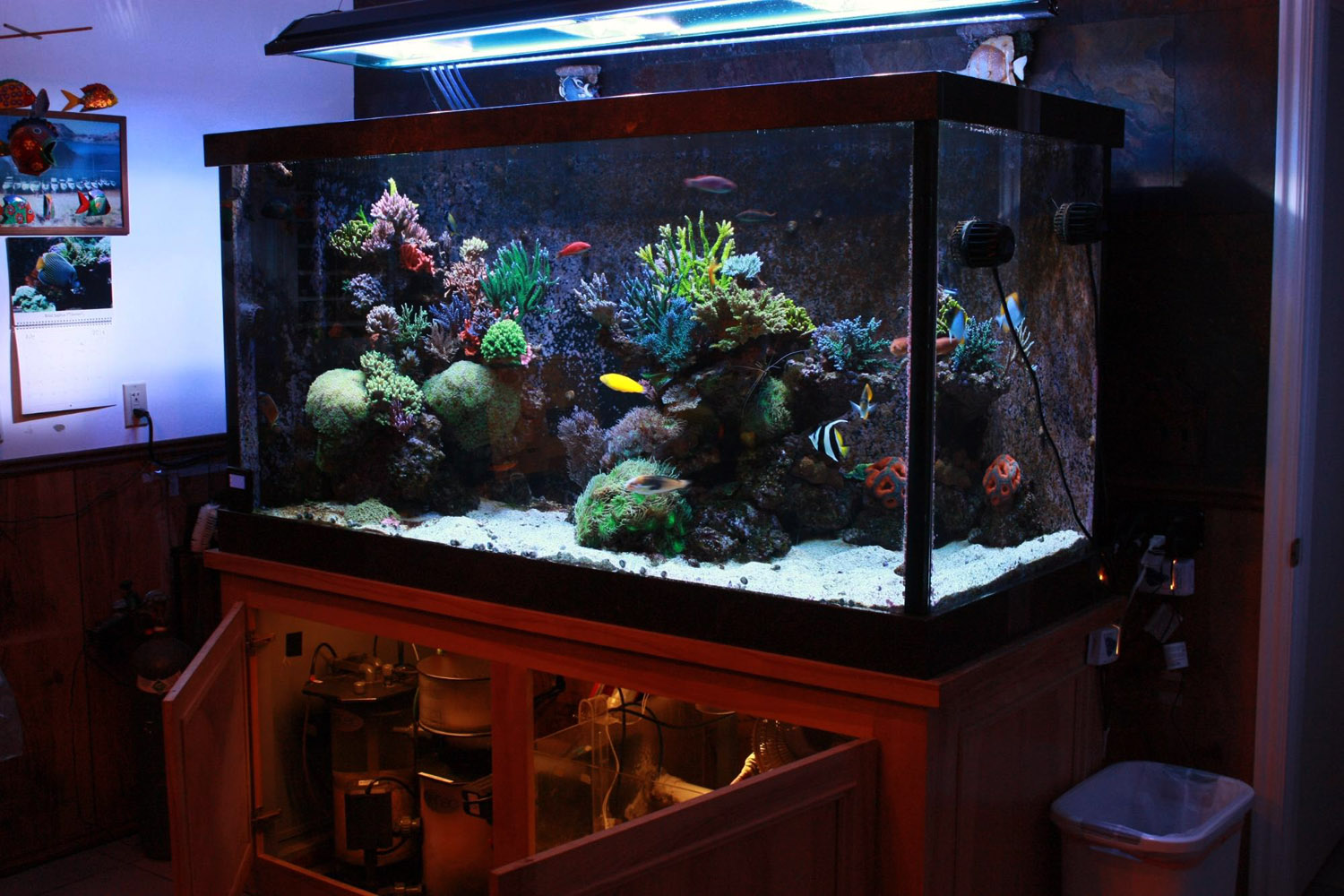 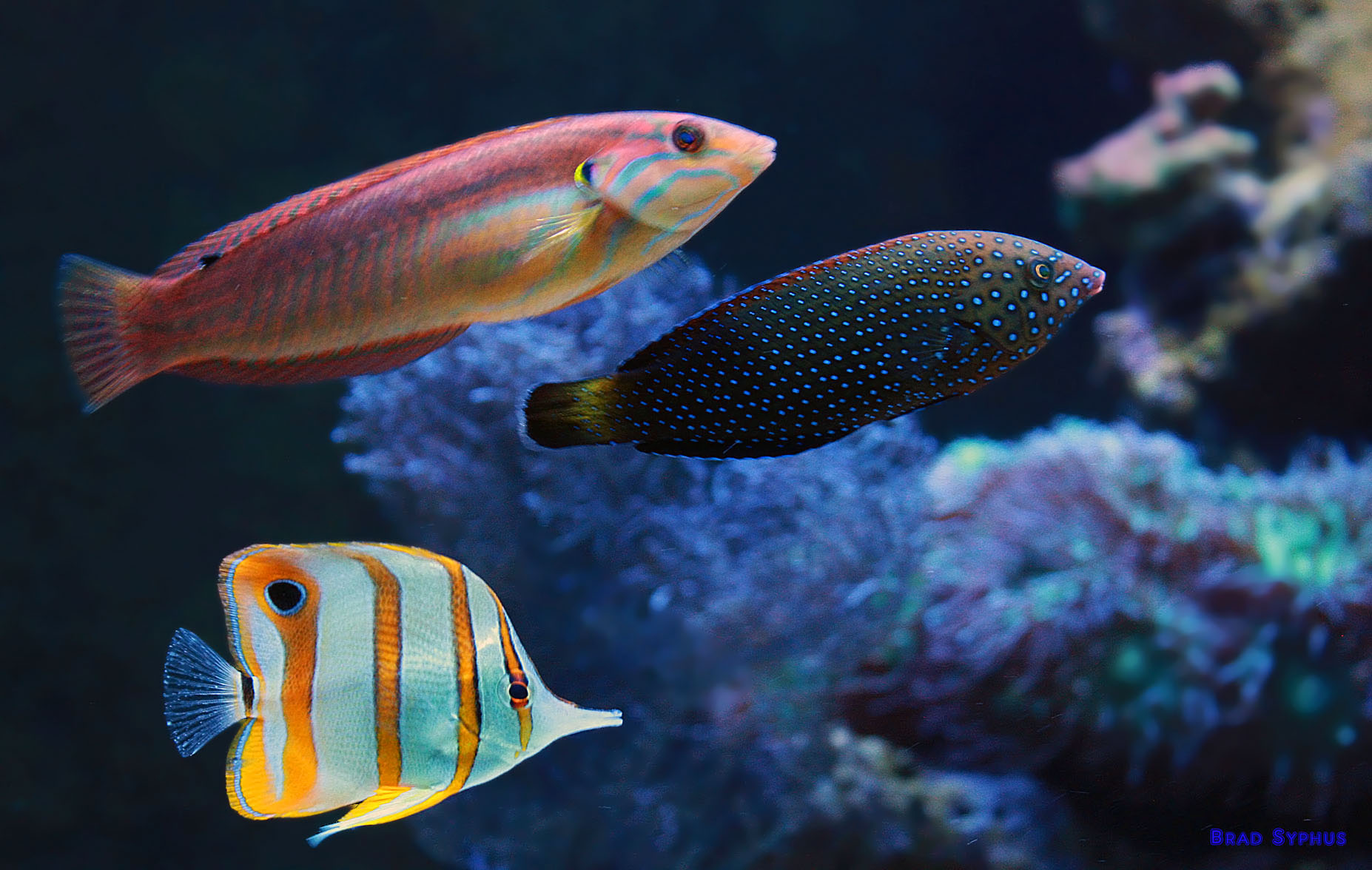 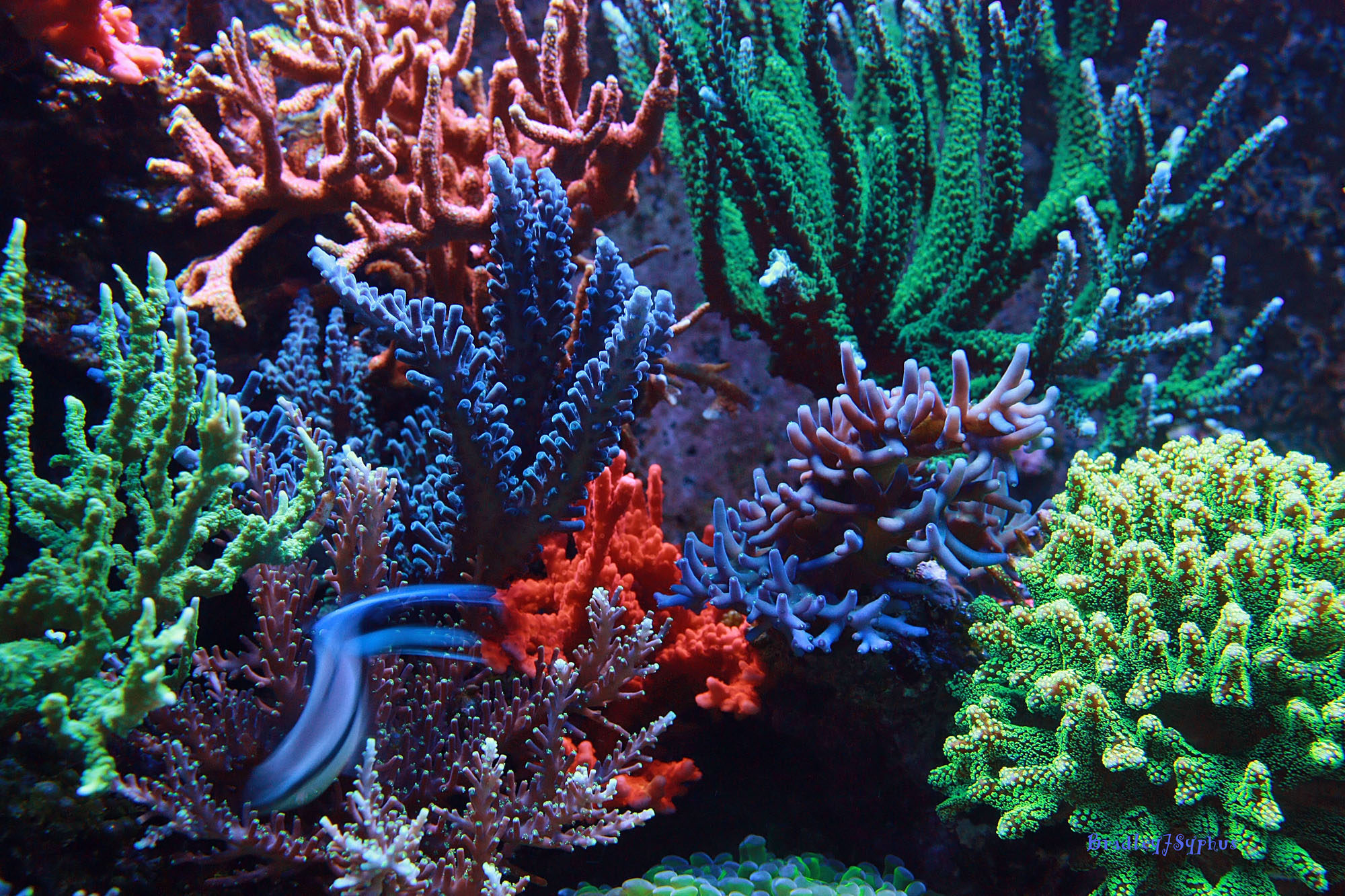 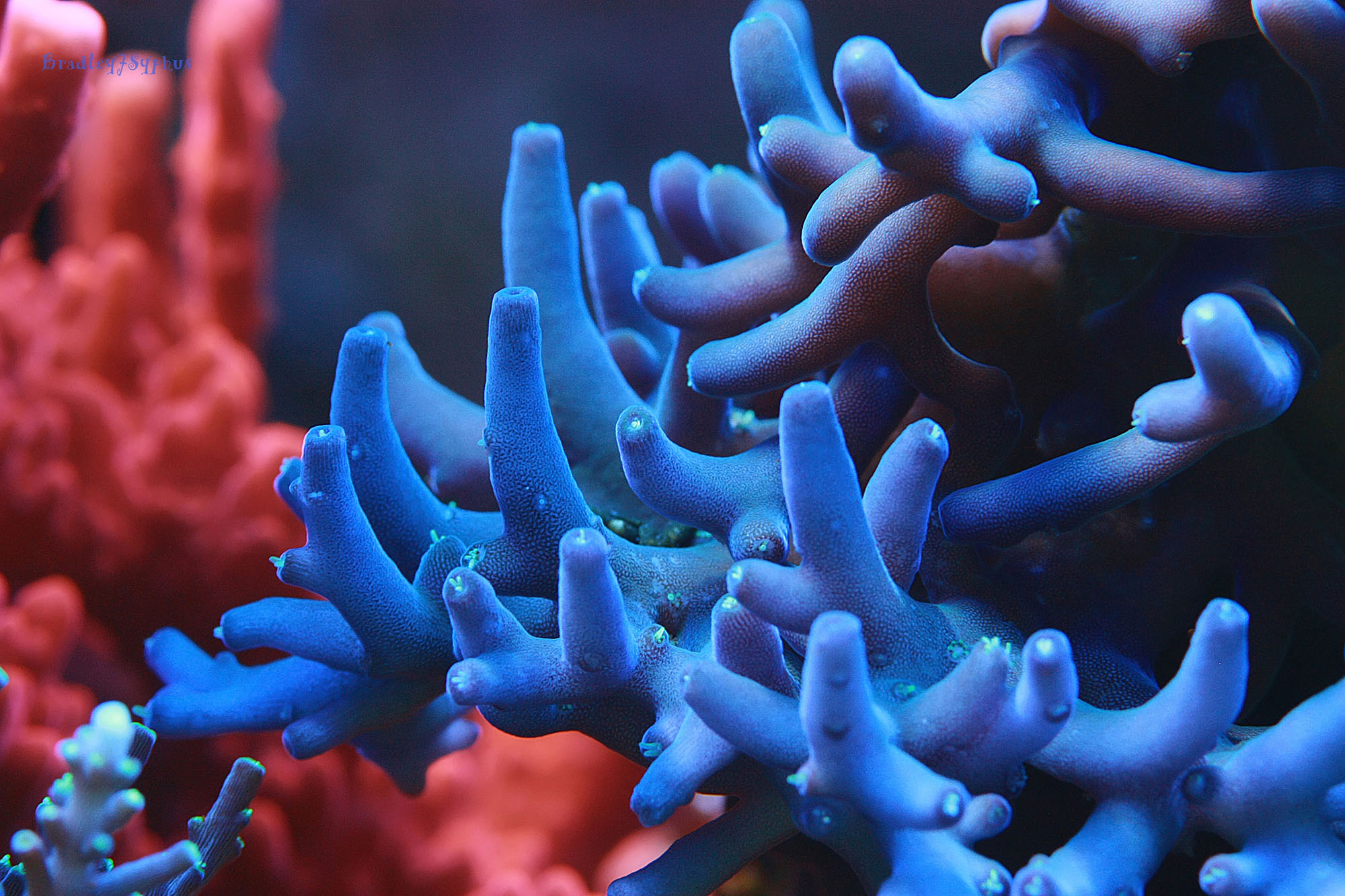 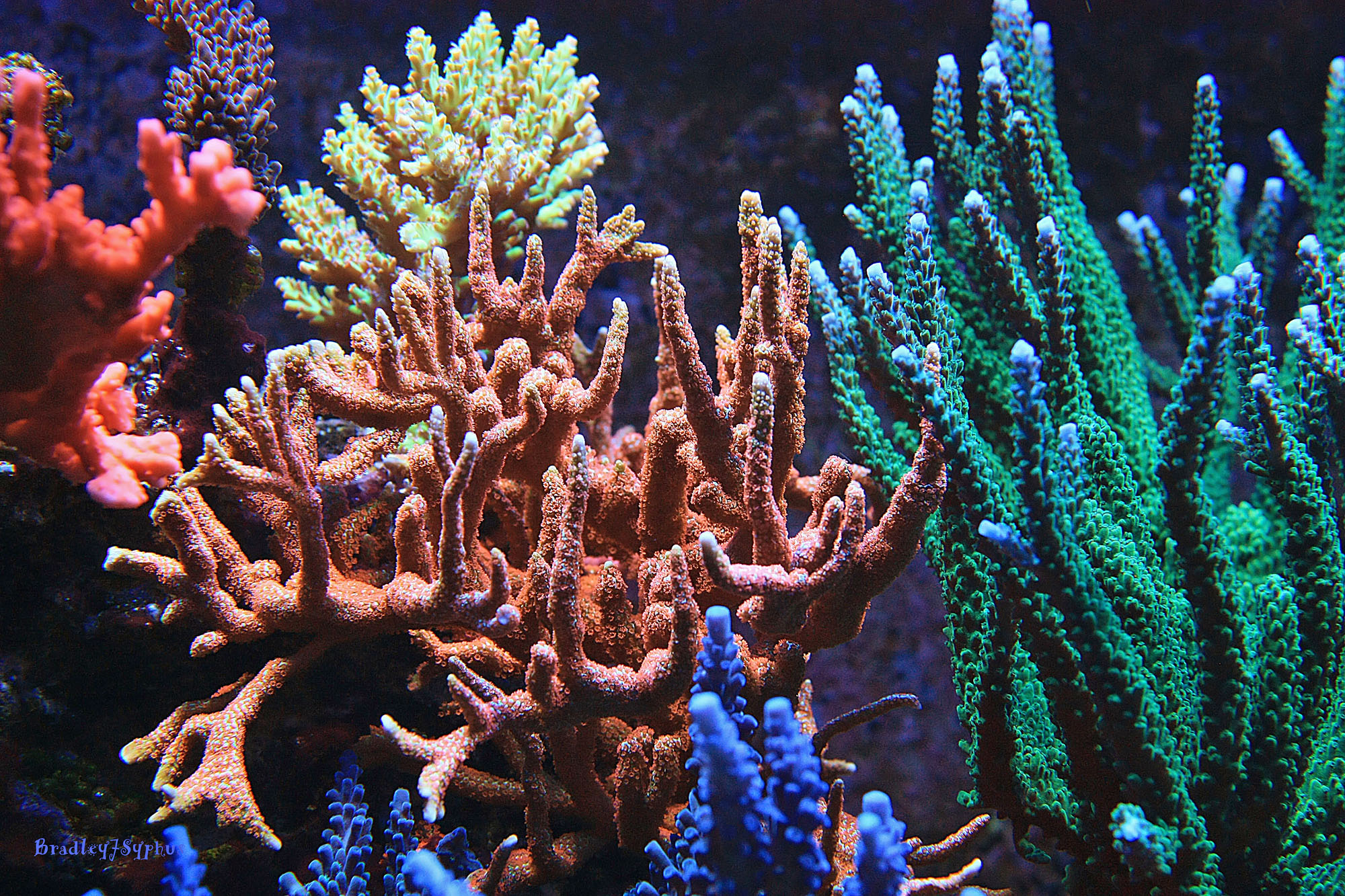 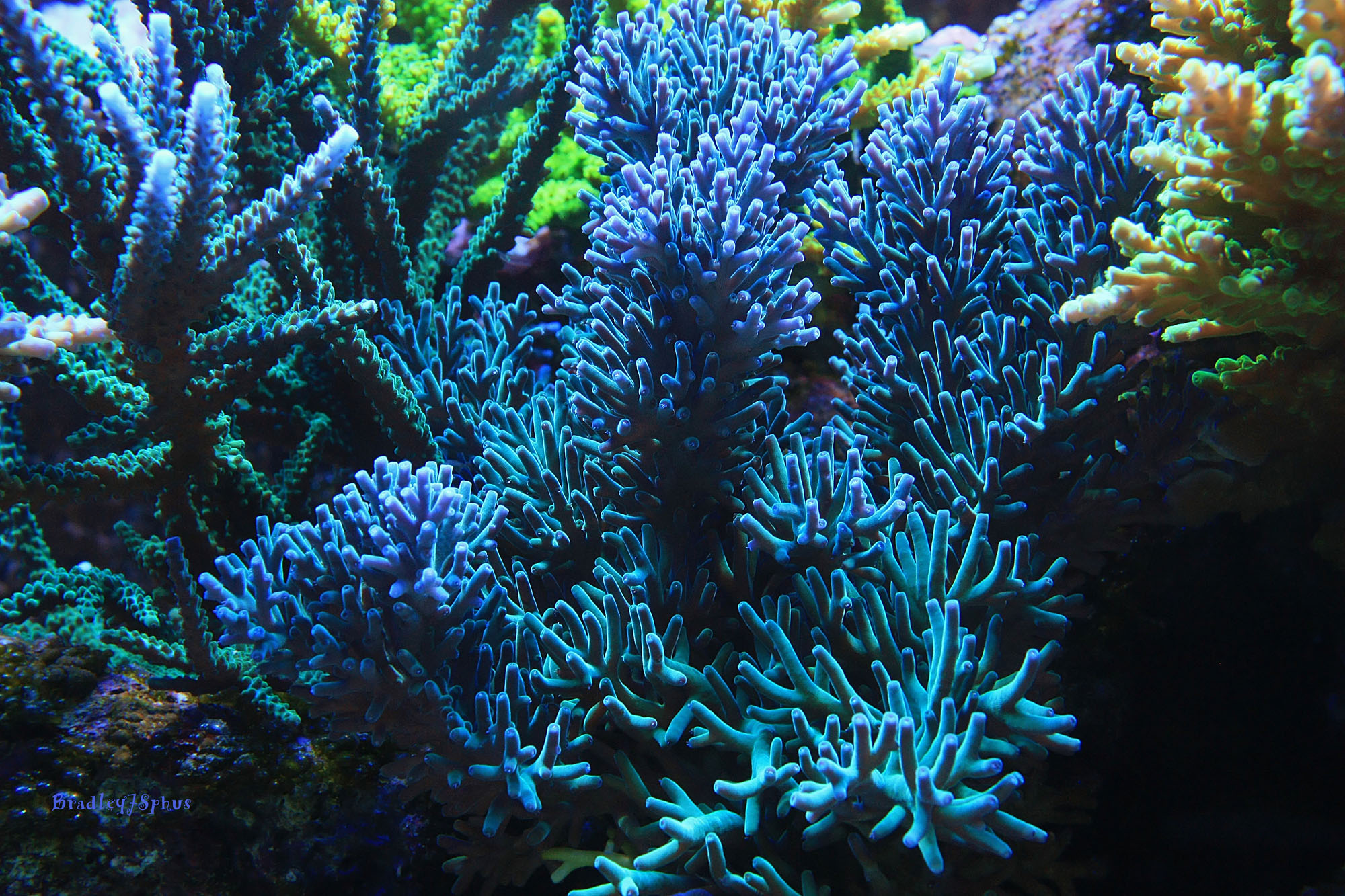 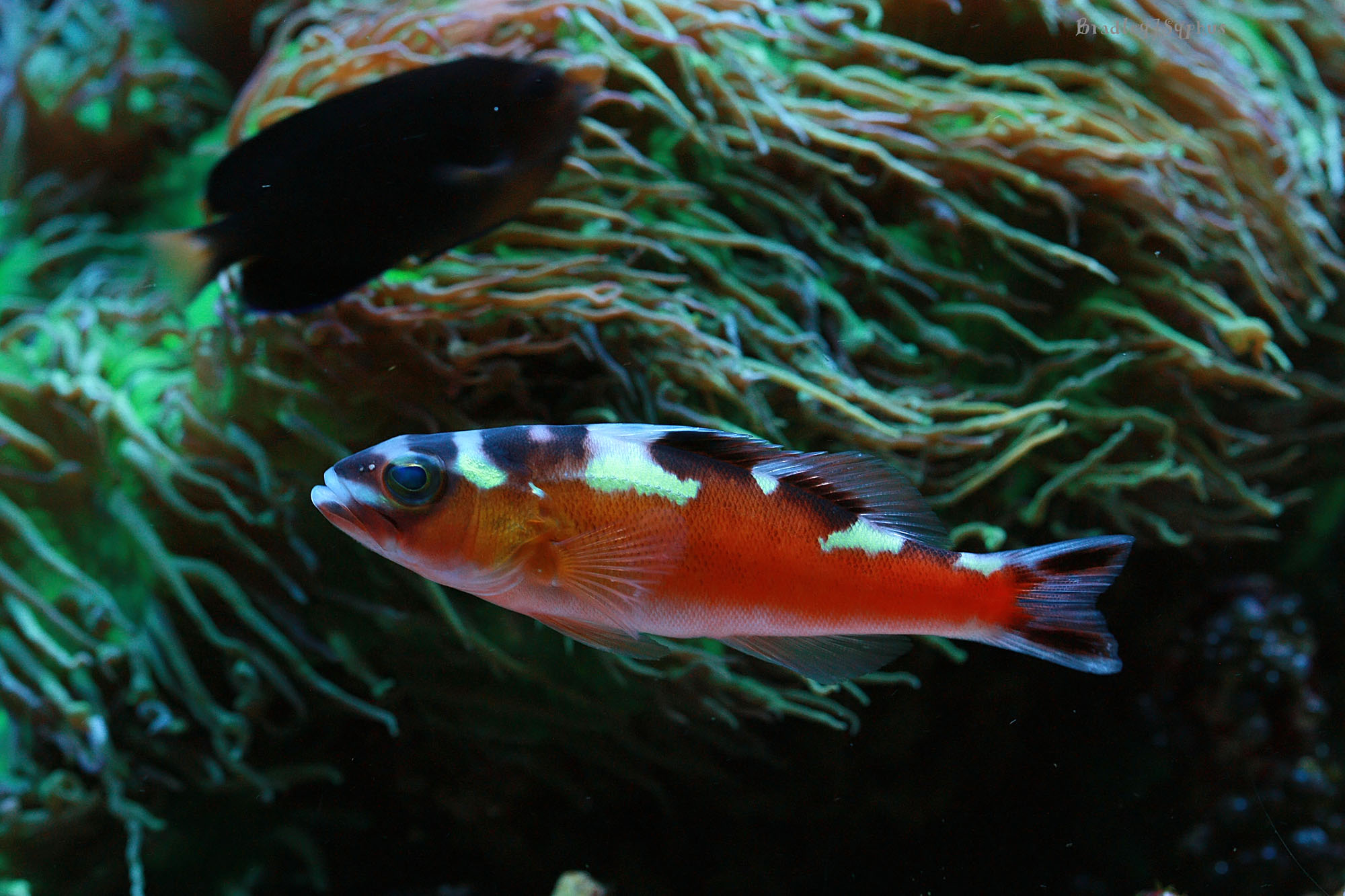 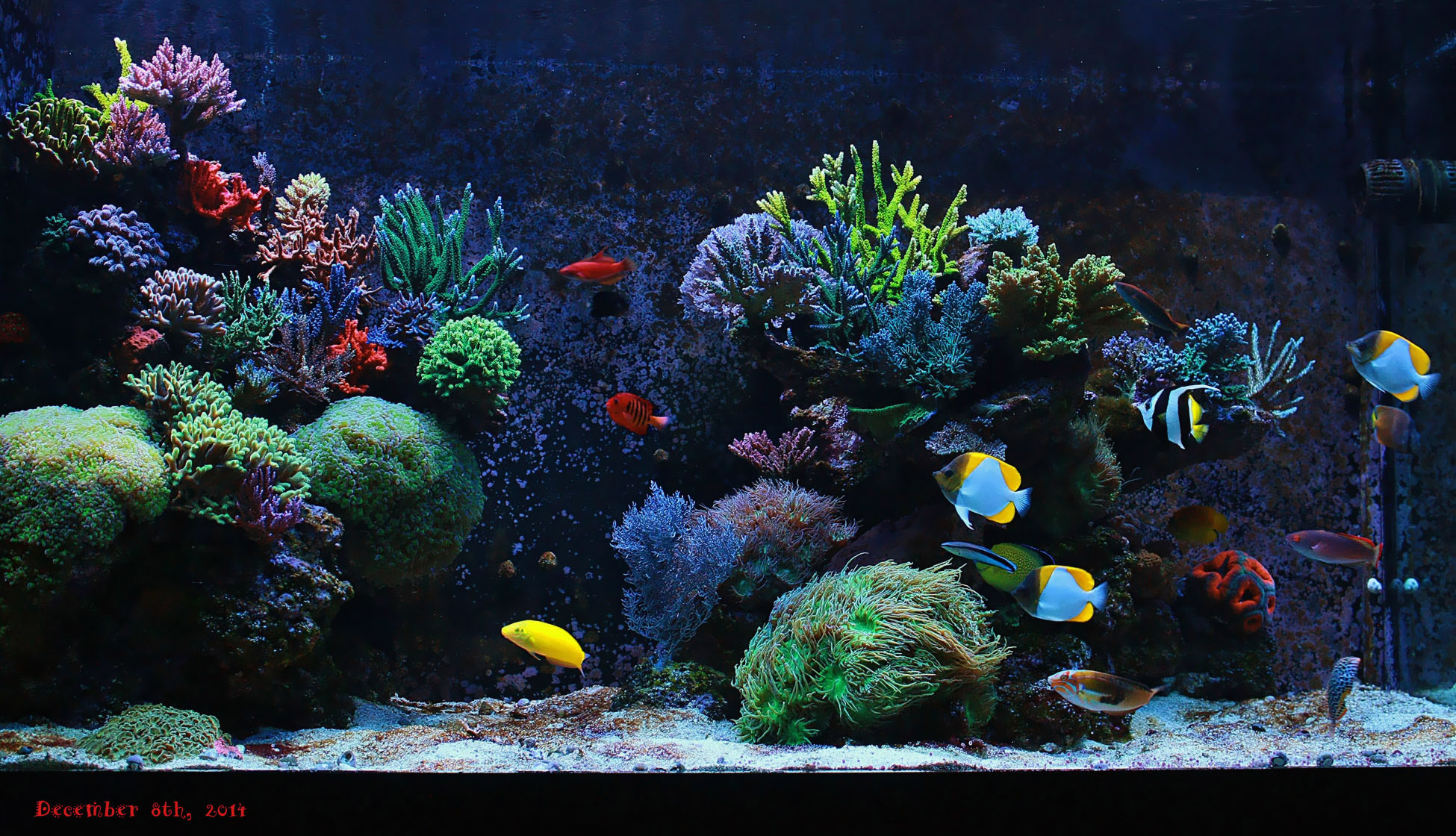