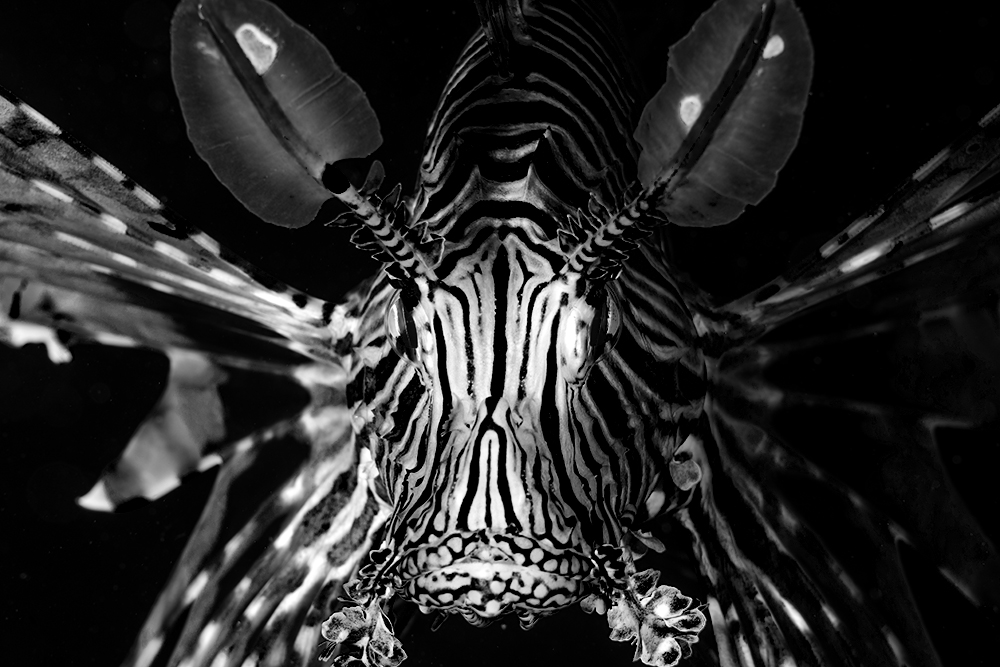 Part of the joy of modern day, digital imaging is the hours of fun you can have in the days, weeks, and months after the initial images were taken, in Photoshop or your favorite editing packaging.  Mostly, this involves making corrections, removing particulates in the water (backscatter), and perhaps removing your fellow divers’ bubbles or limbs, or indeed, your fellow divers entirely.  Conversion to monochrome tends to be rare, yet with some images it can work very well.

Capturing the color of the underwater world is, in most cases, a priority for underwater photographers; we don’t spend huge sums of money money on powerful flash guns for nothing after all.  In some cases, though, there are some strong subjects that look really great in black and white. 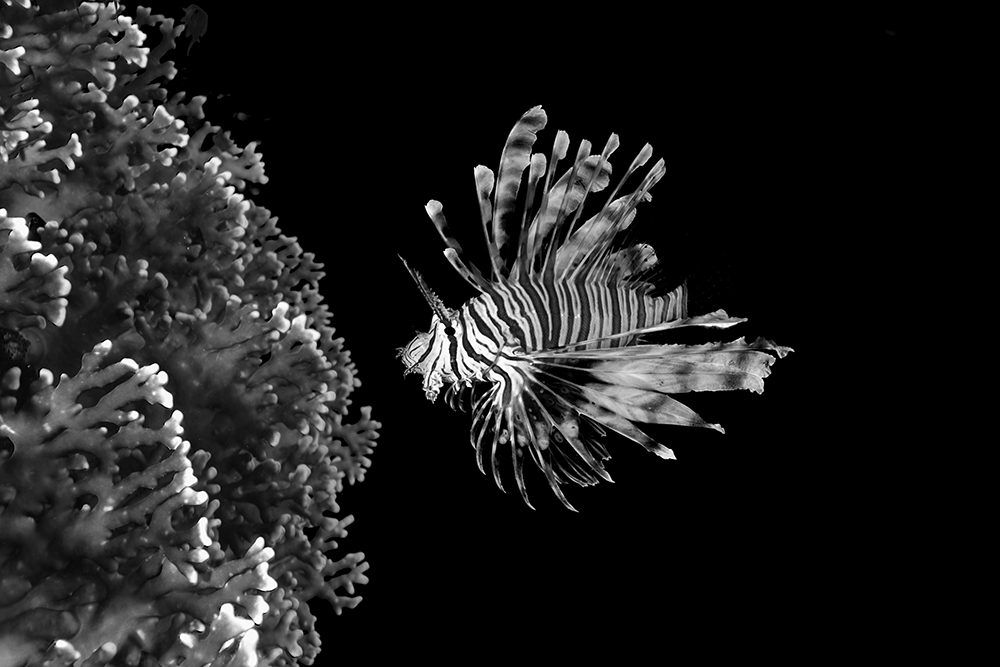 In these first images I’ve chosen lionfish portraits for conversion.  Having bold patterns, in this case with strong patterns between the stripes, allows you to tweak the settings to enhance that contrast and to emphasize those wonderful stripes.  I used the red slider in Photoshop’s black and white conversion menu to make the red component darker.  I also used the blue slider to significantly darken the background. 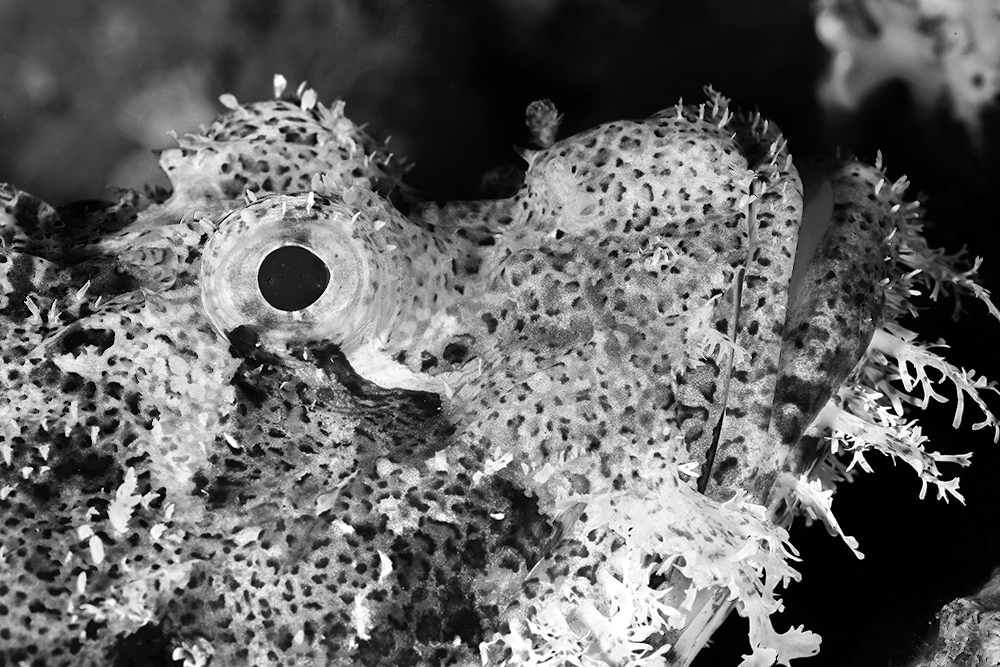 In this image of a scorpion fish, I’ve emphasized the contrast even more to bring out the pattern and texture even further.  Perhaps one of the most obvious and well-known fish with a great deal of contrast are clowns. 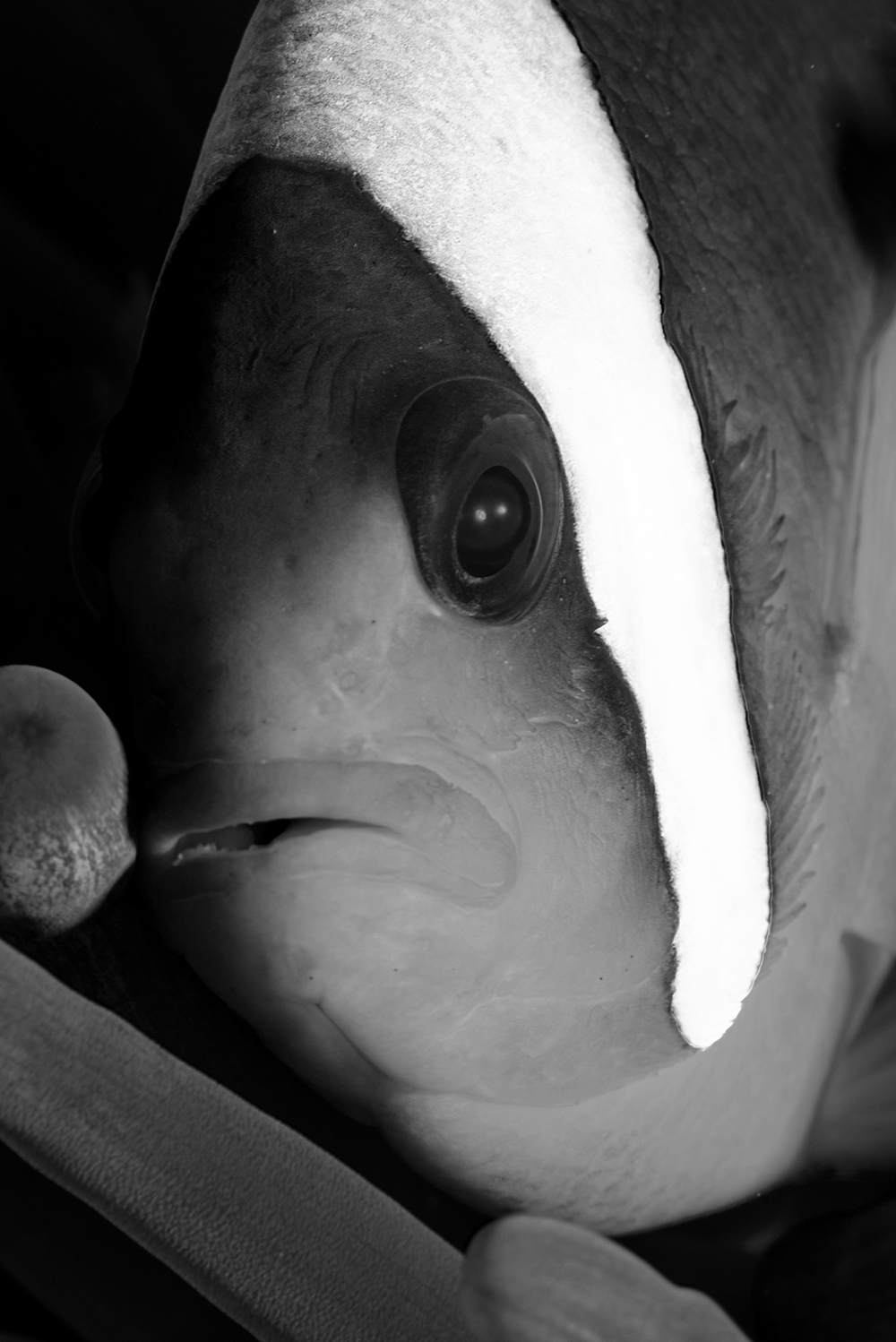 I can imagine that this shot will divide opinion, but I do feel there is something pleasing about that bold slash of white that strikes through the center of the image.  Tweaking the red and orange sliders will darken or lighten the clowns’ body color.