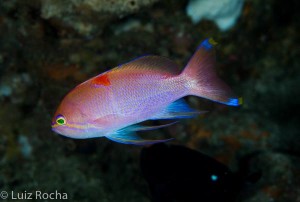 Currently there is a team of scientific divers in the Philippines working on deep and shallow DNA sampling, and the new fishes they’re finding in the ‘Twilight Zone’ are quite exciting. The team consists of divers from the Scientific Diving at the California Academy of Sciences, Bishop Museum and University of Hawaii at Manoa. Our friends Luiz Rocha, Richard Pyle and Brian Greene are all on sight and have been sharing some great pictures of this unprecedented exploration of the area. 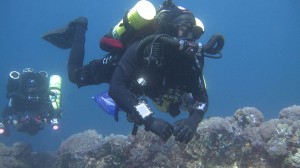 New reef fish are discovered all the time, these days most prominently in the uncharted ‘Twilight Zone’ of the reef. Most reef explorations on SCUBA equipment can go down as deep as two hundred feet, although generally most divers utilizing air rarely eclipse one hundred feet deep. Other explorations using submersibles tend to start no shallower than five hundred feet due to the extravagant cost involved with launching a submersible. This is where ‘Twilight Zone’ explorations come into play, where scientific and technical divers utilize rebreathers to safely dive to well under two hundred feet. 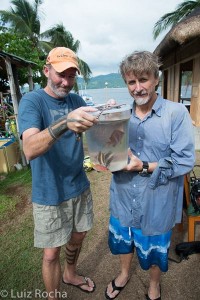 Can you imagine how many animals exist in that three hundred foot void? Per Rich Pyle’s Ted talk, on average expeditions in the ‘Twilight Zone’ divers are finding seven new species per hour spent at depth! Rich states that they predict 2,000 – 2,500 undiscovered species in the Pacific alone, while we currently recognize 5,000-6,000 species. 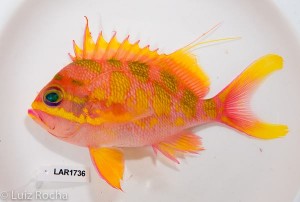 Odontanthias borbonius collected at 300′ where they were prevalent. Photo: Luiz Rocha 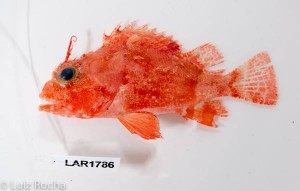 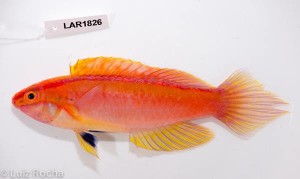 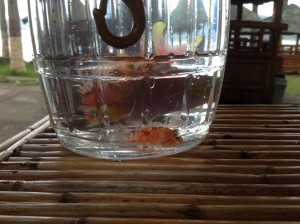 So far the team has shown us a new species of Plectranthias, Cirrhilabrus, multiple nudibranchs and possibly a new species of Genicanthus and a scorpion fish. Who knows what other cool fishes and invertebrates they will find in the remainder of this expedition. The team has also shared stunning examples of previously known fish, some of which are prevalent, albeit coveted, in the aquarium industry. We look forward to continued updates of the teams findings.