Are 15% Of Aquarium Fishes Collected With Cyanide? 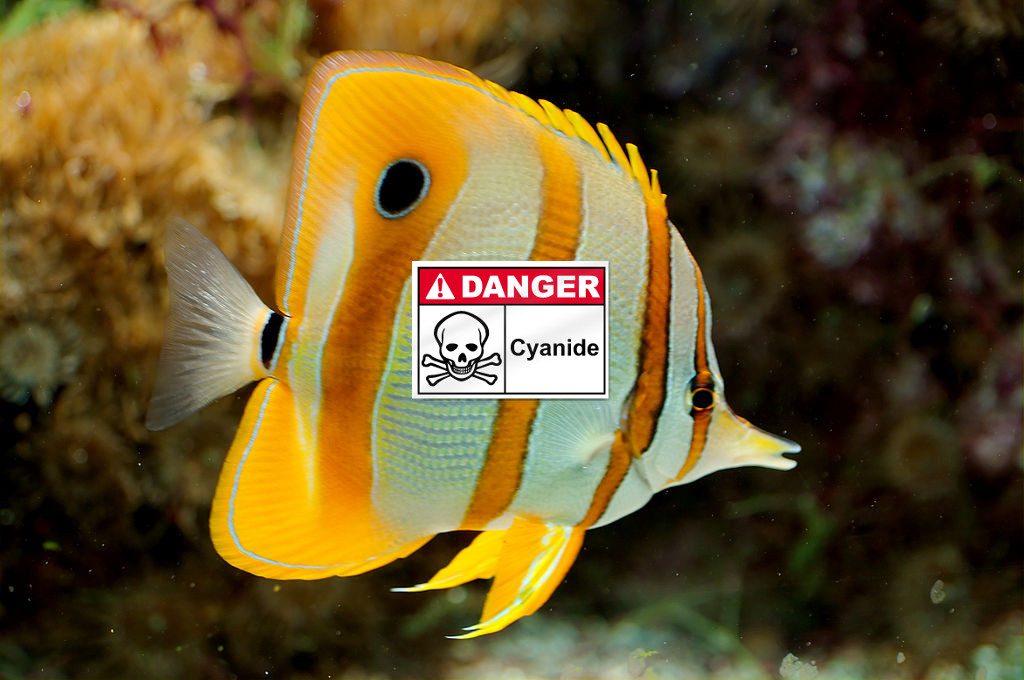 A newly published study is out, and it offers some sobering news—15% of the fishes which enter the aquarium trade may be collected with the use of cyanide. The importance of this groundbreaking research can’t be emphasized enough, as it marks the first time that the true prevalence of cyanide fishing has been quantified in any real way.

To arrive at their data, researchers acquired specimens from three of the leading aquarium wholesalers in Europe, placing orders for 600 specimens without informing these suppliers of their intentions to test for cyanide. The fish in question were chosen based on their reported country of origin, targeting regions (Indonesia, Philippines) with a reputation for employing this destructive fishing technique. Specimens were screened for cyanide by placing them in a tank of clean, synthetic seawater for 24 hours. During this time, the fish metabolically break down any lingering cyanide in their bodies into thiocyanate, which can then be detected using a technique previously developed by this study’s lead author, Marcela Vaz, and her colleagues at the Universidade de Aveiro in Portugal. 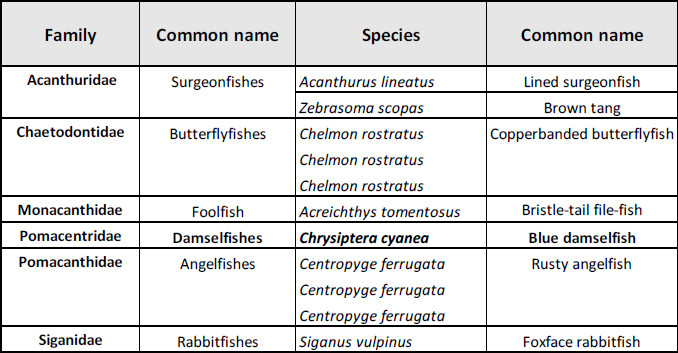 From a randomly chosen subsample of 75 specimens, 11 individuals, representing 6 different families, tested positive. The Copperband Butterflyfish (Chelmon rostratus) was one of the worst performers, which should come as no surprise to those who have regularly handled newly imported specimens of this “delicate” fish. Emaciated, non-feeding individuals are heartbreakingly common in the aquarium trade, and cyanide can now be considered a likely culprit for many of these. But it’s important to point out that there were also examples of this species which tested negative. Cyanide poisoning is, obviously, a nuanced issue and will vary highly by species and country.

The presence of cyanide in three specimens of the Rusty Angelfish (Centropyge ferrugata) illustrates the lingering presence of cyanide fishing in the Philippines. But there’s reason to be optimistic that this is slowly improving thanks, in part, to the efforts of industry leaders like RVS Fishworld, who are actively working to train Filipino divers in sustainable collection techniques. A cyanide-free Philippines would be a huge first step to eliminating this problem entirely.

But as important as this study is, it’s essential to understand the limitations in its design. To answer the question I posed in the title: no, the prevalence of cyanide in the aquarium trade is almost certainly not 15%. Only eleven (11) specimens were found to test positively, and these were fishes sourced exclusively from regions where cyanide fishing is known to occur—the rate in places like Australia, Hawaii, Fiji or the Caribbean is likely zero. And it’s of course impossible to know whether the suppliers used in this study were truly representative of the aquarium trade as a whole. About all we can say for certain is that cyanide fishing still exists and more study is needed to document its full extent.

Still, there’s reason to be optimistic. The detection methodology employed here can potentially be used to enforce existing regulations which ban the use of cyanide, weeding out those bad actors who currently skirt these laws. This is an issue which aquarium wholesalers should proactively take up, but, if history is any indication, they won’t. In which case, perhaps the next best step is to look for a governmental body to step in and require randomized testing of this sort. After decades of complacency and inaction, we finally have at our disposal a viable means with which to eradicate a truly horrid and environmentally damaging practice.