Coral Naming: A Rant and a Plea

By Chris Maupin 9 years ago8 Comments 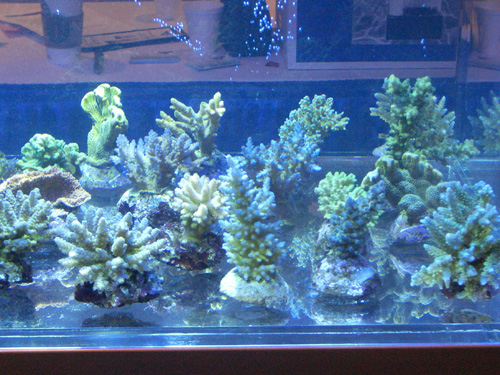 I am a third generation orchid enthusiast. My great grandfather established one of the earliest commercial orchid greenhouses in the United States. At that time, large blooming Cattleya species formed the basis of corsages for decades in the early twentieth century. My grandfather moved to Florida with my grandmother in the 1950’s, bringing several of his father’s orchids with him. At 92 years old, he is still growing many of these plants in his back yard. It skipped a generation in my parents, and I continue the tradition, growing many extremely rare species from Papua New Guinea and exceptional cultivars from South America.

Where am I going with this? Well, orchids were a hobby for the Victorian wealthy, to make a broad generalization of it. The Royal Horticultural Society of England judged wild collected orchids, which were given names to identify them and trace their lineage. Such names traditionally have been in memoriam, or in honor of someone living. Or they are formed to be distinguished and regal. Many orchids from the 19th century recognized by the Royal Horticultural Society still exist and are grown today.

How, you ask? Here’s where the parallel to corals comes into play. Orchids can be asexually propagated in a manner that is functionally identical to the propagation of corals. A functional unit of an orchid (analogous to a polyp of a coral): leaf, bulb, rhizome, roots and eye, will readily grow into a new plant genetically identical to the parent colony. EXACTLY like corals. Naming plants is the same as naming colonies, it allows the lineage, history and provenance of the organism to be known.

Here’s the catch. Getting back into the coral hobby I noticed that coral colonies had begun to receive names in a similar fashion to orchids. There was a stomach turning difference, however, that quickly became apparent: such naming is treated callously or even as a joke. It is disrespected, it is abused for profitability. The coral names I see in place sound like they were coined by a 12 year old who drank too much Mountain Dew.  This is a stark contrast to orchid naming, where a strict gentleman or gentlewoman honor system exists, because the orchid hobby represents a crossroads of the history of modern society and horticultural science.

The coral naming game is so ridiculous that it is a self-perpetuating source for internal ridicule. Some of the greatest contributors to advancement in our hobby are damn near forced to make fun of the ridiculous names given some high priced specimens. Which is unfortunate. Much like orchid naming, a dedicated and reverent group could have the capacity to trace the lineage and document the history of corals in the hobby unambiguously, especially given the potential threats our hobby faces. Perhaps the best example of this in the coral hobby is the so-called Stuber Acropora. This name is considered reef hobby canon by anyone you ask. It is reverential, respectful, appropriate, and meaningful, and most importantly, it refers to a singular coral.

The bottom line of my rant is that the current ridiculousness of naming corals in the hobby insults our intelligence as participants in a hobby that requires significant self-motivation to learn and the subsequent execution of that education. My plea to the hobbyist is to respect the fact that these corals may not be available forever to hobbyists at their whim, so please please please take naming seriously. Not for the purposes of a fad, for money, for laughs, but to robustly document what we have, as hobbyists, in our possession, in terms of preservation of genetic and biological diversity.