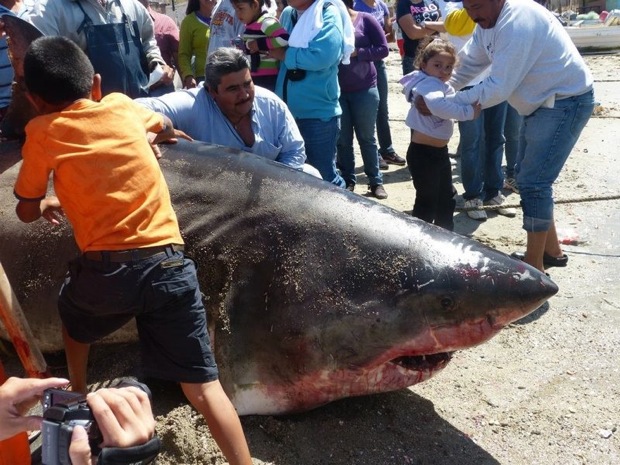 Two fisherman working near Guaymas in the Sea of Cortez got the surprise of a lifetime when their nets came up with a Great White Shark nearly 20 feet in length.

Once thought to be a rarity in the Sea of Cortez, according to Dr. Chris Lowe of the  CSULB Sharklab, it is suspected that the region may be important in acting as nurseries for the vulnerable species.

More interestingly, if the length can be confirmed, it will be one of the largest Great Whites, by length, ever measured or examined. 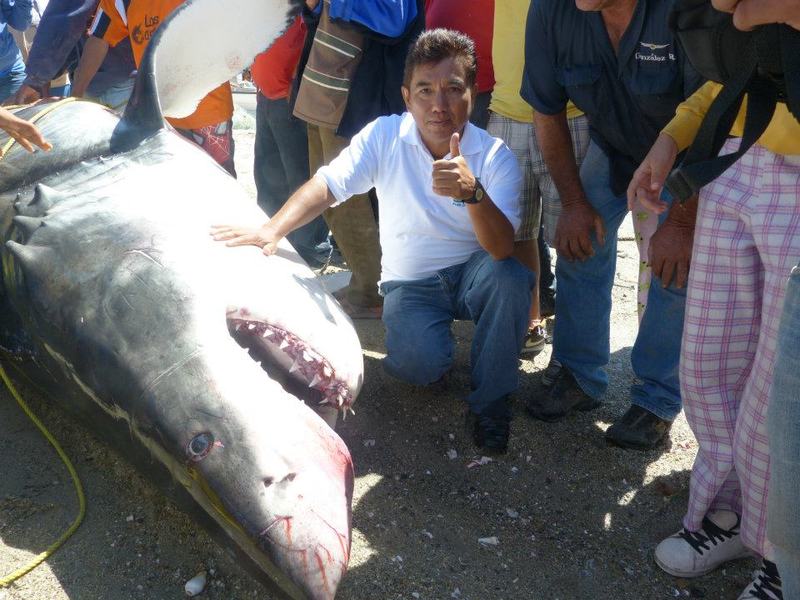