By Kenneth Wingerter 9 years ago 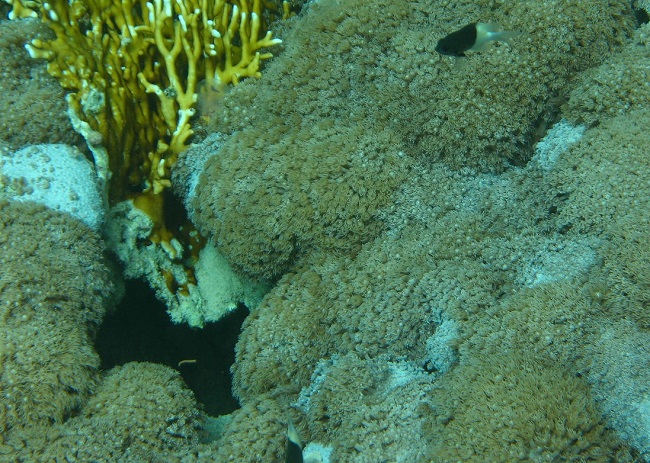 The distinctive motion observed in members of the family Xeniidae has for long amazed marine aquarists and marine biologists alike. Arguably, a sizable colony of vigorously pulsating xenia polyps is an exceptionally beautiful sight to behold. However, the reason that this peculiar behavior benefits the animal has yet to be entirely understood. For one, the energy expenditure involved in the activity is immense. To note, this pulsing cannot be attributed to predation or filter feeding, as these species are nourished almost entirely by their zooxanthellae.

A recent study conducted by scientists from the Hebrew University of Jerusalem and the Technion-Israel Institute of Technology may help to explain the strange behavior of these unique soft corals. Working in the coral’s natural habitat, researchers measured the field of water flow around Heteroxenia during pulsation and during rest. They found that even though individual polyps did not pulse in synch with others in the colony, the overall effect of the movement drew water up and away from the coral. The apparent result was an efficient transfer of dissolved gasses, which allowed for a greater rate of photosynthesis by the coral’s symbiotic algae.

Further experimentation in the laboratory helped to support this assumption. By manipulating oxygen concentrations in a measurement chamber containing Heteroxenia, scientists were able to determine that pulsation swept away excess oxygen, which facilitates the binding of carbon dioxide to RuBisCo (a photosynthetic enzyme).