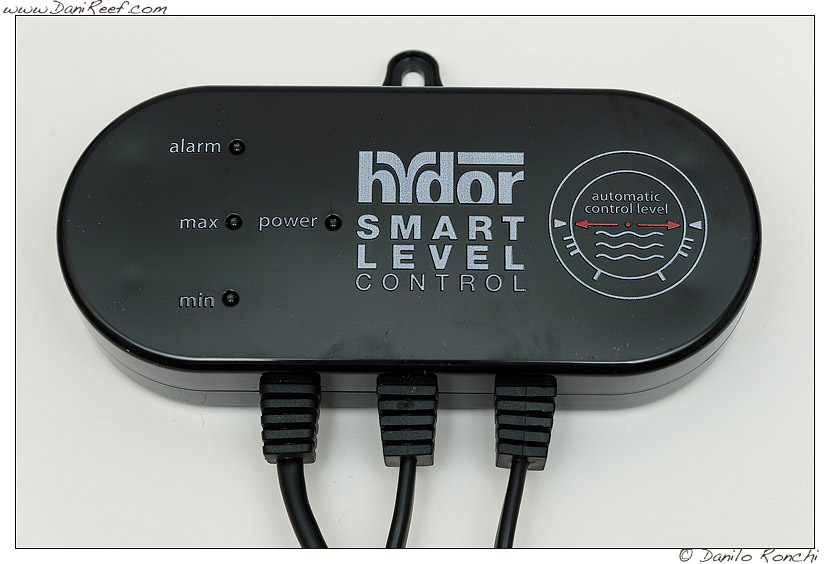 Hydor has unveiled its new level controller Smart Level Control at the Interzoo fair in Nuremberg in 2012, since then it has been a controller appreciated all over the world.

It can drive any pump that has a power consumption lesser than 50 watts, it could easily afford to drive almost all the return pump we use.

To use in conjunction with the Hydor Smart Level Control we choose to take the small Hydor Pico pump 600.115. 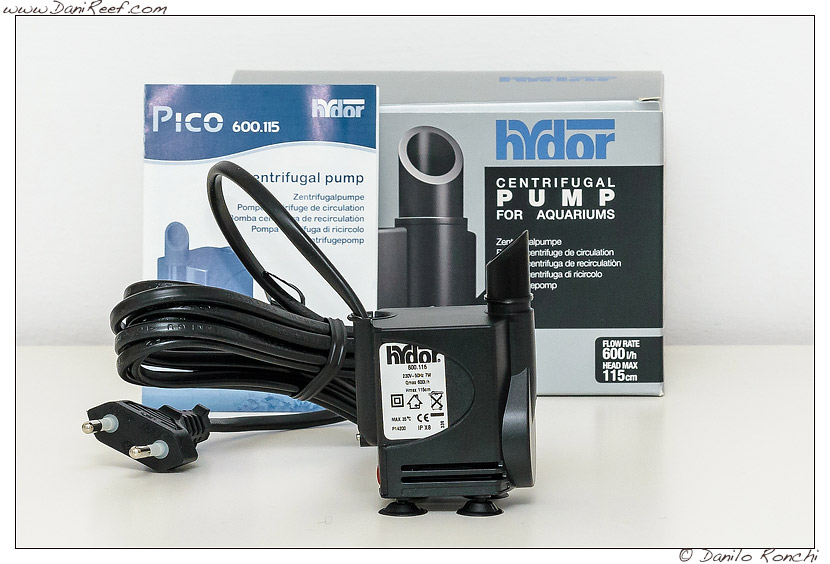 But back to speak about controller, it comes with a sensor smaller than when it was originally presented, and we can say that it is the best of today’s technology can offer, because it works with the system of temperature control.

In fact inside it has a small heater powered continuously that, of course, it heats up when it is not cooled by the aquarium water and therefore in this case the sensor turns on the pump that will fill the sump with RO water. 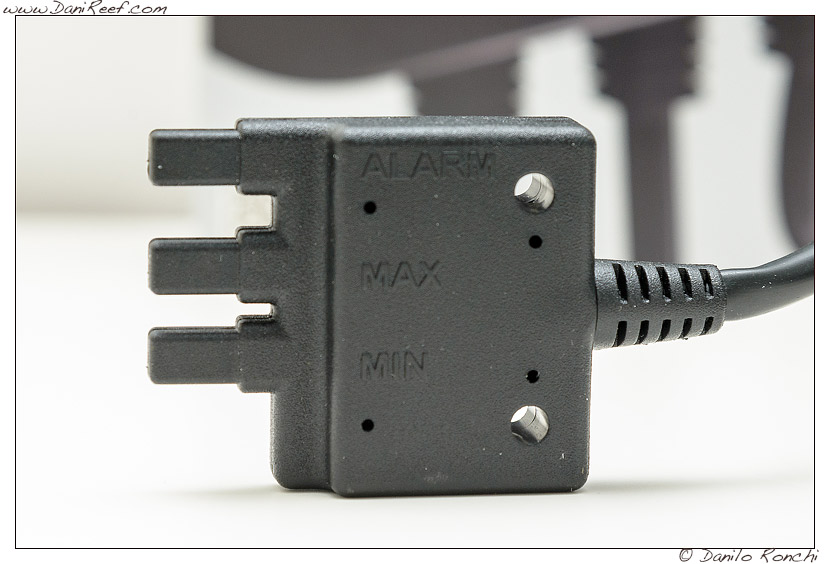 Above you can see the sensor with the levels of the minimum, maximum, and the level alarm that will activated when the water reaches the third tooth.

Now we are going to install it in our sump and see how it will behave in the coming weeks before issuing our usual in-depth review.

“Clownfish are social animals” is an understatement