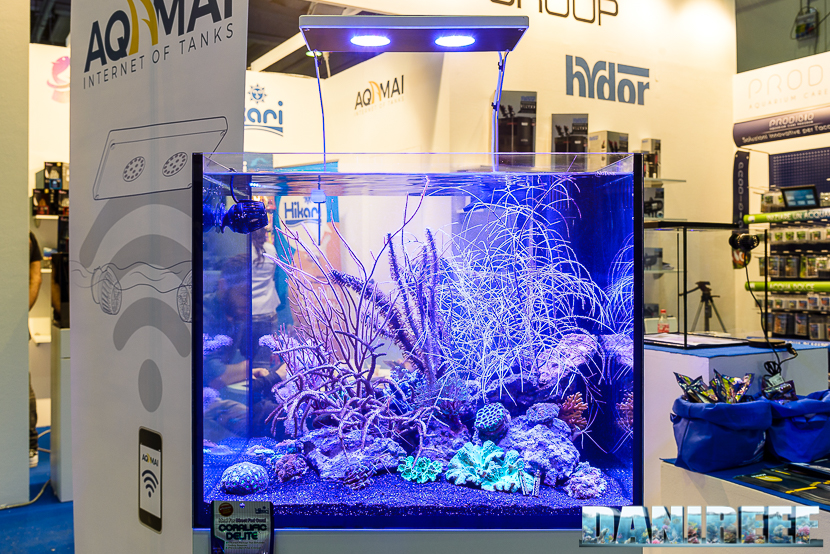 Aquami, the premium-level sub brand of Hydor, presented the two new products at PetsFestival 2016, in the Hydor booth. You may remember them from a previous article I wrote, here: Aqamai – the new brand.

Let’s start with the small Aqamai KPS pump. Though quite small in appearance, it can move around 4.150 l/h with a maximum consumption of 10 watts. 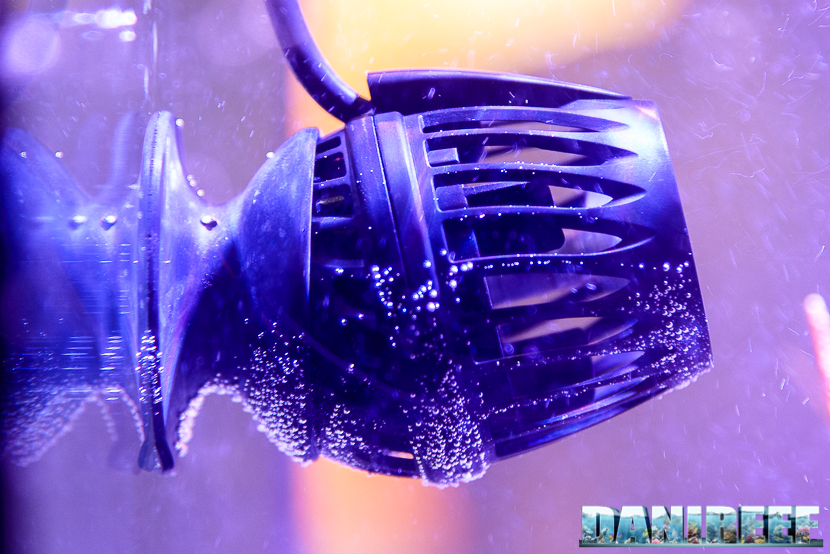 It comes with Hydor’s patented magnetic mount and can be programmed by tablet or mobile phone. It also has a series of available presets, configured for a coral’s typology or for different marine environments. 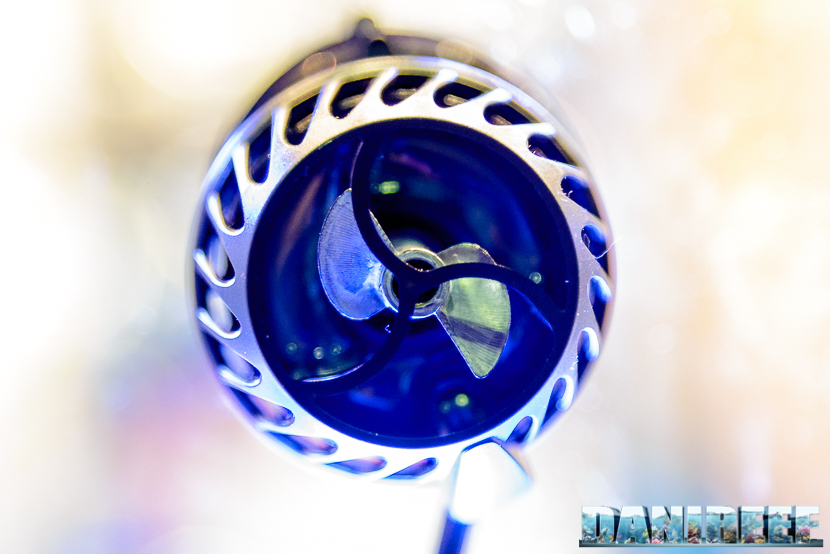 The pump works well for LPS or SPS, and it is easy to install, set up, and control. Furthermore, the same program is used to control Aquami’s pumps and lights, which means that it’s possible to configure the Aquami LRM at the same time. 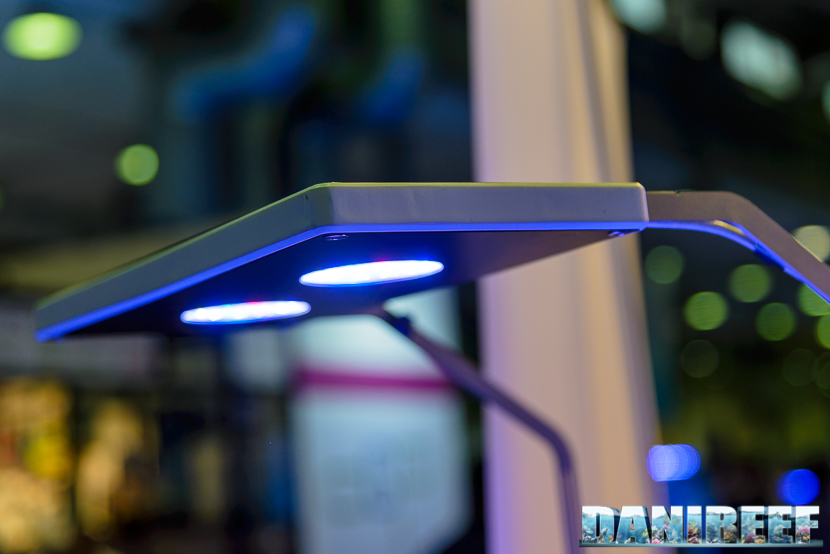 As you can see above, this light is really beautiful! So thin and streamlined.

It has two clusters, each with 15 LEDs and a 90° lens; the LEDs have 8 different colorations divided in 6 channels, and particularly interesting are the “cool white” LEDs which are 6  Nichia NVSW219C with CRI > 70 and 180 lumen/watt, an extremely high value.

The total light output is about 100 watts of power.

It’s a fantastic piece of equipment, and can be used for both marine and freshwater tanks. 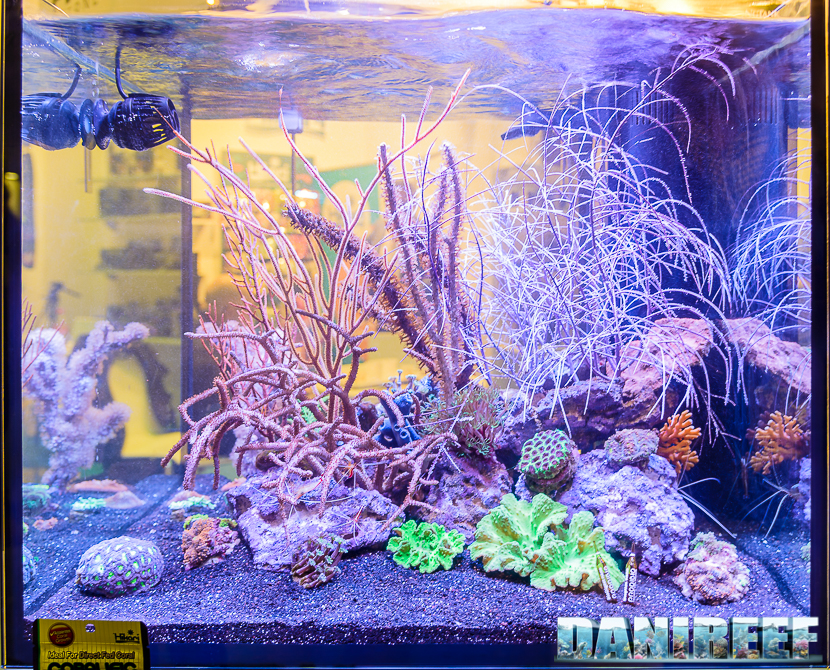 Pictured above is a marine tank illuminated by the Aquami LRM . The result is excellent.

And here are some closeups of the corals in the aquarium.

Like I said earlier, the light works great for freshwater aquariums too: 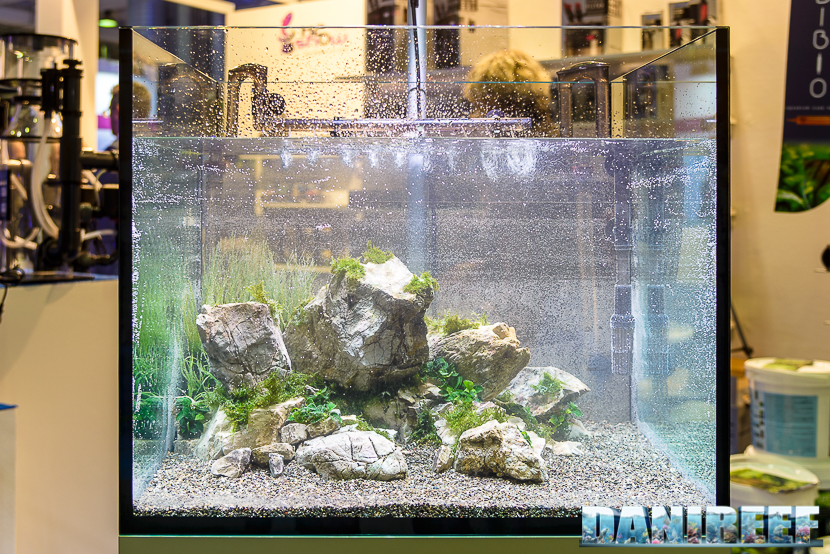 Unfortunately, the pump on this tank splashed the water on the surface, so our view of this beautiful aquarium wasn’t completely clear. 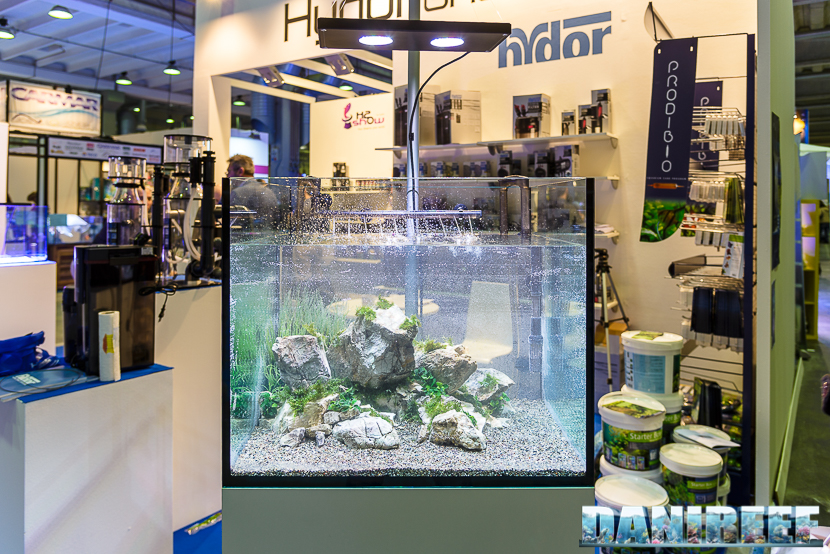 Once we stepped back and looked at the tank from farther away, we could appreciated the good Aquascaping work by Samuele Gamberini and the light mounted above. 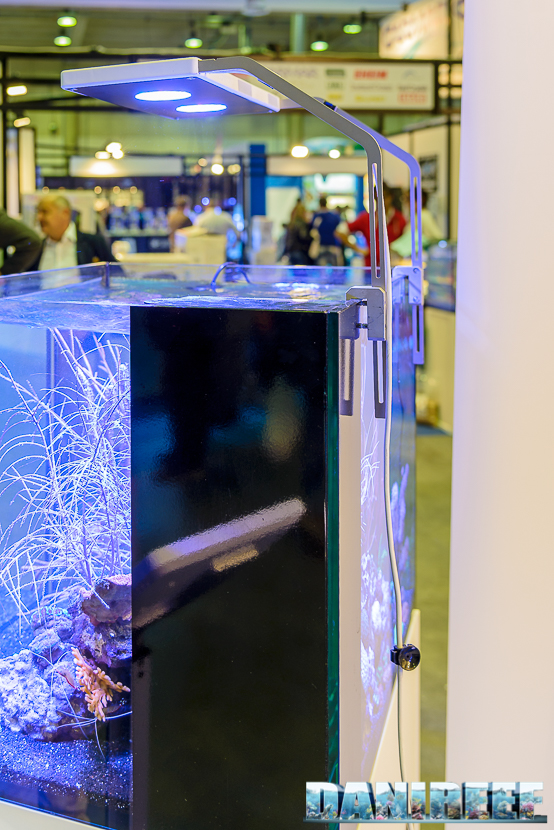 The metal supports and mounting gear were very stylish and easy to use. 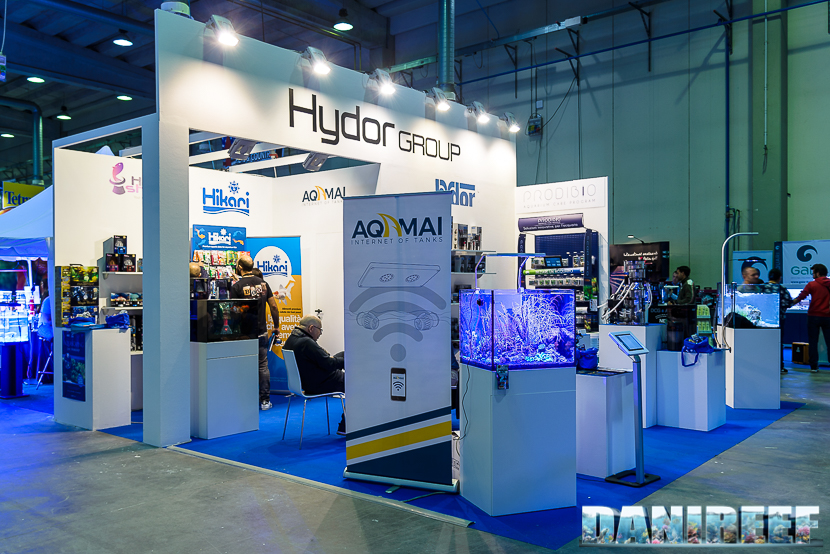