By Joe Rowlett 4 years ago2 Comments 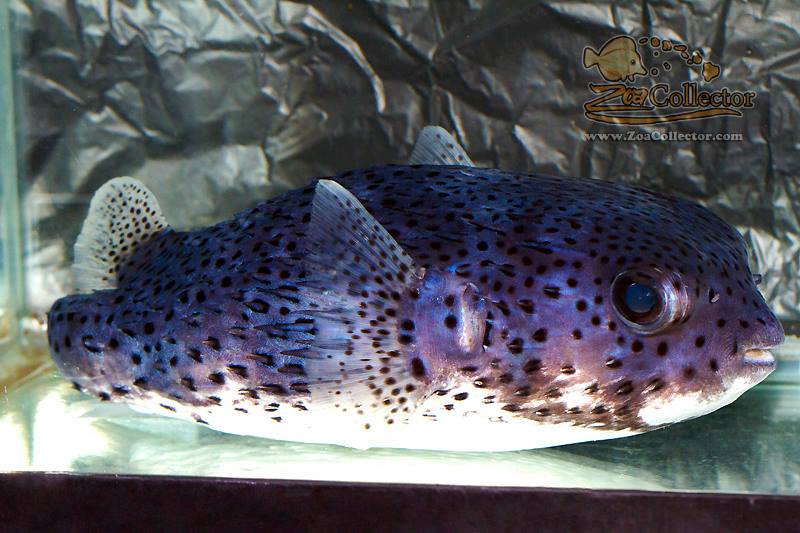 It has been a VERY busy week for rare fish finds (see: here, here & here), but today I get to feature what is easily my favorite discovery yet… a big, blue pufferfish. Scoff if you must, but I would take this fish over a hundred Cirrhilabrus lanceolatus. 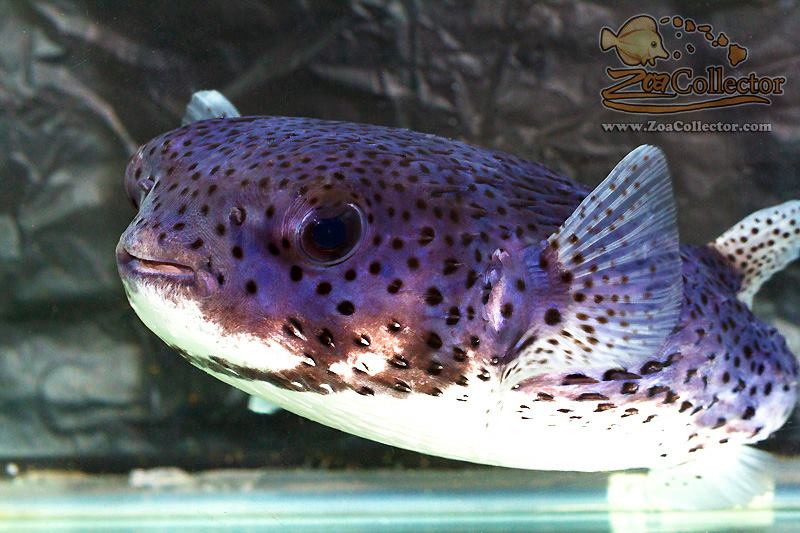 Dear reader, your eyes do not deceive you… nor has there been any photoshop trickery employed to bring about this caerulean shade. Like an azure sky of deepest summer, the Pelagic Porcupinefish (Diodon eydouxii) is as beautiful as it is rare. It’s unusual coloration functions as a sort of camouflage for the prickly beast as it plies its trade on the open seas, endlessly searching for its next crustacean meal. Unlike other species in its genus, our blue friend rarely ventures close to shore, which explains why we so seldom see this highly desirable fish in captivity.

The Pelagic Pufferfish is about as widespread a tropical fish as there is. Records exist anywhere and everywhere that marine waters are warmed by the equatorial sun, from South Africa to Japan and east towards Mexico. You’ll find it throughout the Atlantic as well, and we even have reports from the chilly waters of Los Angeles and Spain. This particular specimen was unexpectedly stumbled upon in knee-deep waters along the southern shore of Oahu, possibly having been blown near to land following strong westerly winds in the region. It tends to be encountered most frequently near the surface, but reports of it from 200 meters deep show that this species occupies a broad ecological swath. 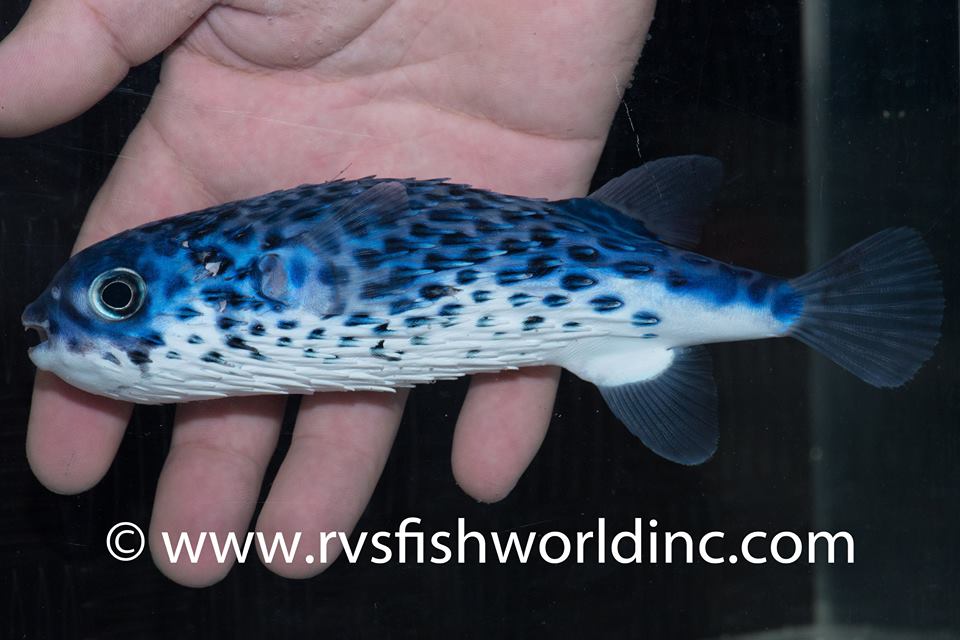 A subadult Diodon eydouxii from the Philippines. Ambient lighting can alter the appearance of this species’ coloration, from lavender to cyan. Credit: Barnett Shutman / RVS Fishworld

This may very well be the first time that a fully mature specimen has made its way into an aquarium, and it helps illustrate that (unlike certain other big, blue fishes) it does keep its dashing good looks into adulthood. Aside from the blue hue, some other diagnostic traits to look for are the greater number of pectoral (19-22 vs. 22-25) and anal (16-18 vs. 14-16) fin rays relative to the similarly patterned Diodon hystrix. It’s also said to have a somewhat narrower body and more sparsely arranged spines. Of interest to those wishing to keep this species, the maximum size is only around a foot, making it a bit of a dwarf among its larger porcupinefish cousins and a perfect choice for larger fish-only systems. For collectors of rare marinelife, this incredible species has to be considered a must-have fish.

Be careful with zinc levels in your reef