Are fish comfortable in a minireef? Our story 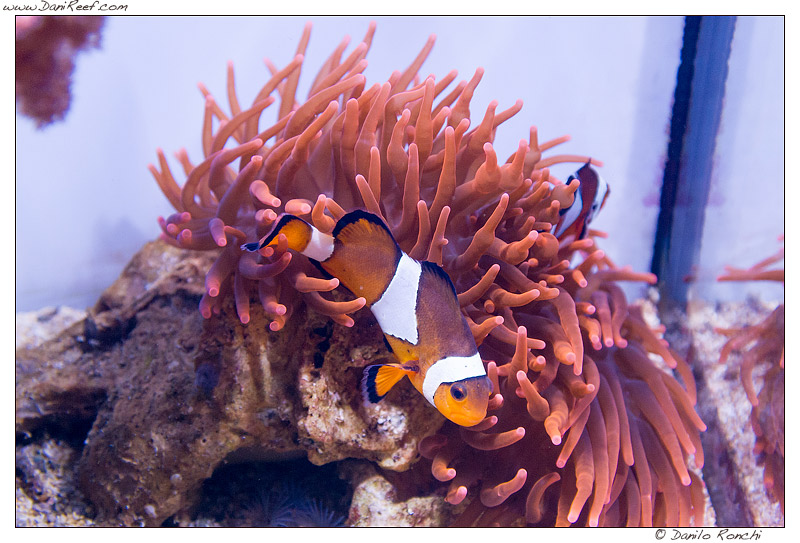 It’s hard to know if our fish are comfortable or not in the aquarium, plus we have the tendency to underestimate the space they need. We hope this story will be interesting to you.

Simone tells us the story of the disposal of his aquarium.


After two years of very aggressive algae, I decided to disassemble my aquarium. It’s a decision that many aquarists face at some point and the sudden silence in the house (after turning off the skimmer, on for years!) is very heavy, especially the first night. My aquaristic experience is just interrupted, not finished. I began with poor means, an old tank for fresh water, a handmade piece of furniture, inadequate lighting (a set of lights one over the other…), no sump, timers that kept breaking until I chose the mechanical ones (inaccurate but reliable!): they cooled a server vent, which was doing its job… From this description I know the aquarium sounds like a real disaster, but it hosted very cute animals that were with me for two years, including two Amphiprion ocellaris, an Ecsenius bicolor, an Entacmaea quadricolor anemone (grown up to the point to split in two), a Sarcophyton, and other soft corals.

Among the animals I lost were various snails and hermit crabs (the majority of which lasted more than a year anyway), a crab, a Dolabella (died as soon as inserted!), some small frags, and a sea urchin, killed with the change of water, because the salinity wasn’t exactly the same (and on that occasion I bought the refractometer). I feel responsible for some of them, but I don’t know why others died. But I can say I had a certain success. In those final weeks I didn’t even clean the glass of the skimmer: with all the algae present there was no risk of contaminants. Luckily, I had spread the passion of reefkeeping to my dearest friend; he set up an aquarium a little bigger than mine, compatible with my animals. In the end I passed to him my most precious creatures: a pink and orange anemone and two anemonefishes. He easily inserted them in his aquarium; the anemone had no corals to destroy, except for a cutting of Caulastraea which luckily didn’t bother it. 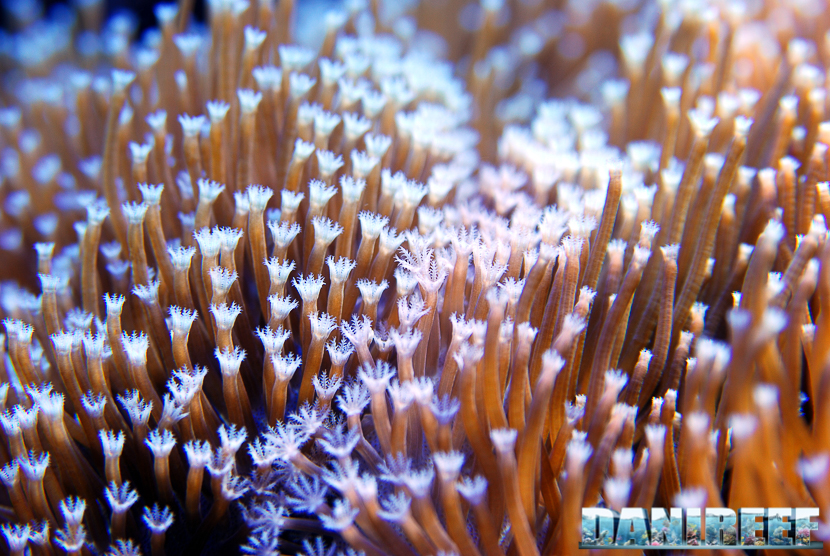 Detail of the tentacle of a Sarcophyton

After a week, I decided to give him everything. We took fresh water and toothbrushes for detaching the anemone and a sharp knife for the Sarcophyton. Moreover we had to remove all the rocks to extract the bicolor, which is very good at hiding. And once we removed the algae with the rocks, what remained was an aquarium a bit neglected but appearing to be in good health. I thought that massive water changes weren’t such a bad choice, but on the sand there were my skeletons: a crab’s carapace, and shells… 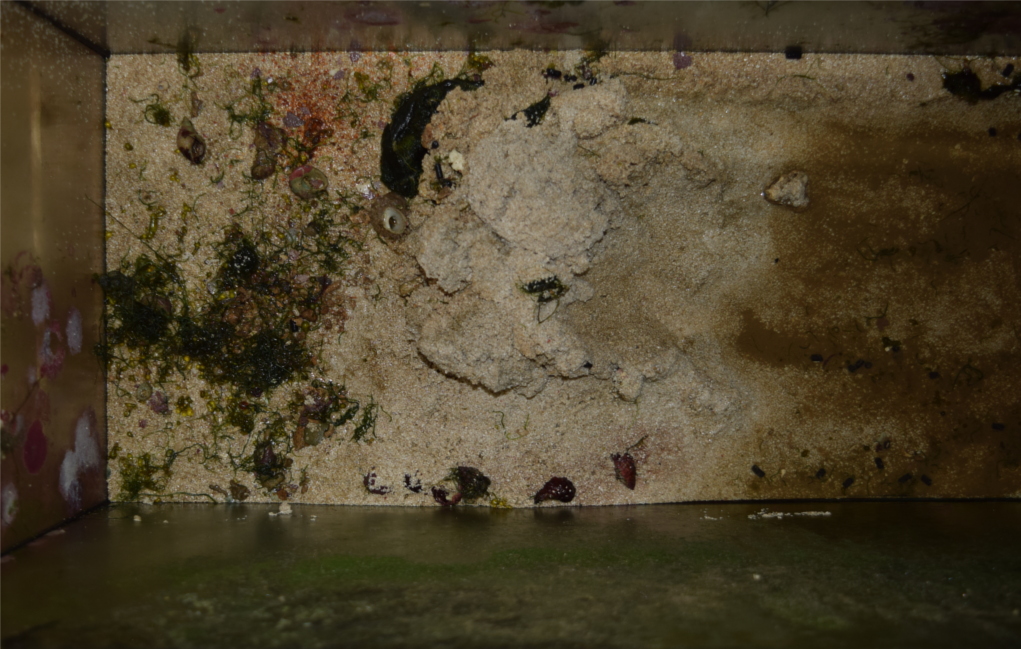 The animals survived the move to my friend’s aquarium. I hope he didn’t take also the algae! I suggested to him that he wash everything with the water of his aquarium after an adaptation. Anyway, I decided not to pass on to him the Zohantus and the Palythoa, after reading the articles that appeared on DaniReef.com (for example this one).

This is the real purpose of this article: that week, after removing the two ocellaris and one of the two anemones from my 96 liter aquarium, I noticed a difference in the behavior especially of my Ecsenius bicolor and the other anemone. The latter enlarged itself and moved to the center of the aquarium, searching for the light until it stretched up to the very surface! It had never been so big except when it split in two. Maybe they annoyed each other? I can’t tell for sure, but they had been in the same part of the aquarium for a long time.

The biggest difference was the behavior of the fish. Before the move, he had always leaned against the rocks, in the last days he was way more active, moving confidently around the aquarium, and putting on quite a beautiful display. He was exuberant. I now realized that what I thought was a peaceful cohabitation of healthy animals wasn’t actually so positive. So I’m glad that these animals now are living in an aquarium that is 20% wider. 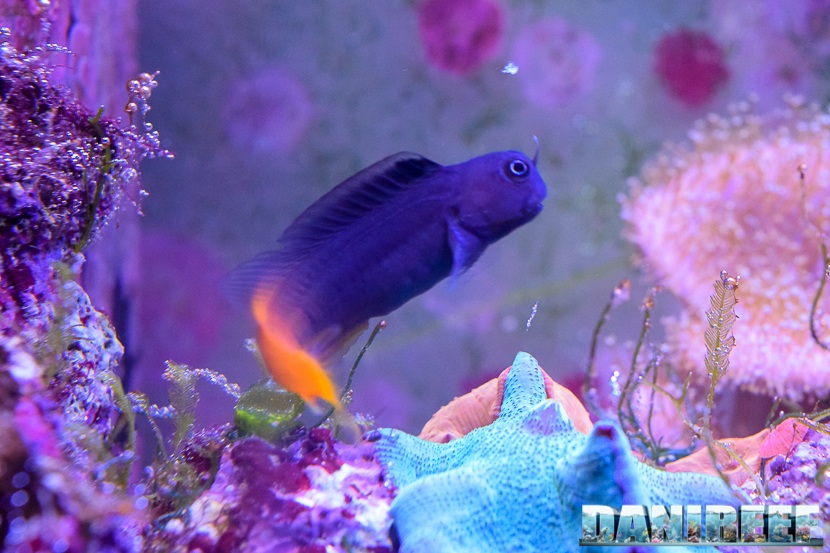 My Ecsenius bicolor after some months in aquarium

We have to figure out if our fish have the space they need. Their apparent health isn’t all, we have to ask more questions: can they behave at their best? Are they sluggish or feeling crowded? For marine aquariums, the amount of water has always been a critical point, the required space is huge. We have to be very careful with the species and number of animals we house in our nanoreefs.

You can see from this picture how this fish uses its entire body to swim, not just its tail.

Do you have an interesting story to tell us?