MASNA is proud to announce Frank Baensch as the 2018 MASNA Award Winner who is honored for his research contributions and early success in larval cultural and reading of captive-bred species, and Jamie Craggs as the MASNA 2018 Aquarist of the Year for his extensive work in coral larval research as well as his work with SECORE International. 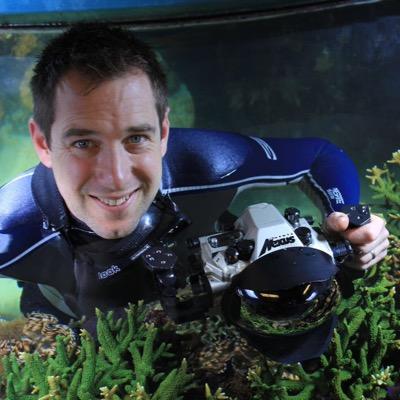 Jamie Craggs is currently the aquarium curator at the Horniman Museum & Gardens, London, UK. In addition, he is a science associate at the Natural History Museum, London and in 2016 was elected a fellow of the Linnean Society of London, the world’s oldest active biological society.

His main research interest is the reproductive biology of reef-building corals and in 2012 he founded PROJECT CORAL, a multi-year research project focused on developing techniques to predictably induce broadcast coral spawning events in closed system aquariums. The initial goal was to understand what triggers corals to spawn in the wild and emulate that in captivity. Now moving on, techniques are being used to support climate change research and reef restoration efforts. To date, gamete (egg and sperm) development has been induced in 18 Acropora species, with planned spawns leading to in-vitro fertilization capacity and the production of genetically diverse coral in captivity.

Last year a partnership between the Horniman and the Center for Conservation (CFC) at Florida Aquarium commenced to develop land-based coral spawning to support reef restoration of the critically endangered species Acropora cervicornis. Jamie is very proud to see the techniques he has developed in London being applied to species conservation work and feels the planned developments at CFC will be game changing in how we approach coral reef restoration in the future. Linked to this partnership over the past year he has been working on the concept of co-culturing, rearing sea urchin juveniles alongside newly settled coral spat and investigating micro herbivory to increase coral survival to support upscaling efforts for restoration. Spawning corals in aquariums have enormous potential for the aquarium industry. 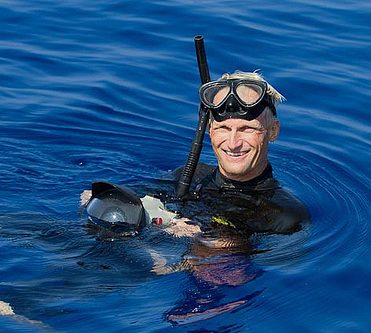 Born in Germany and raised in the Bahamas, Frank’s parents, being both biologists, had a strong appreciation for nature. Thanks to them, he was exposed to the ocean and learned about marine life at a very young age; exploring the local reefs and collecting and keeping aquarium fishes. He continued to maintain aquariums for student research projects and in his dorm room throughout high school and college.

Following graduate school, he set up his own hatchery and taught himself how to raise clownfishes, dottybacks, bennies, gobies, and grammas. He also kept a few Centropyge pairs and dabbled with the eggs whenever he could. Bit by bit, he developed a rearing process for the genus. After rearing his first batch of angelfishes, he saw a chance to farm angelfishes and opened Reef Culture Technologies (RCT). Over the next decade, RCT produced a number of rare, higher-valued pygmy angelfish species to fund its aquaculture research. Most of this research has been published.

Wanting to apply what he had learned to more fish species, he started the Hawaii Larval Fish Project (HLFP). The project uses eggs collected from the ocean, which allows him to work on larval species without having to spawn them at his small hatchery. The process also allows him to document the various morphologies, pigmentations patterns and behaviors that makes culturing the larvae so thrilling. He provides regular updates about the HLFP on his website: https://www.frankbaensch.com

To learn more about the MASNA Aquarist of the Year and MASNA Award programs, visit: https://masna.org/masna-programs/aquarist-of-the-year