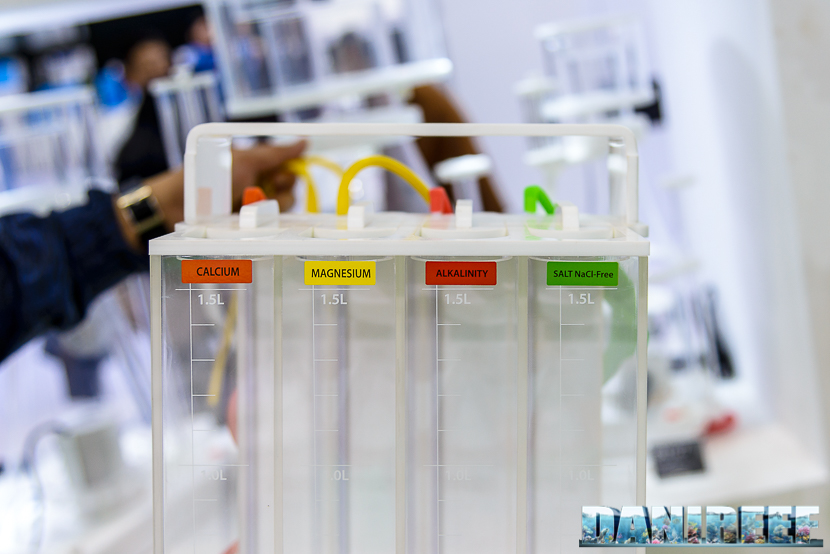 The one pictured here is divided into four different containers; each container can be easily recognized by a color and a label of the same color. We have the 3 essential products of the Balling method: calcium, magnesium, and alkalinity, and on the side we also have a low chloride salt.

The dispenser is completely made out of  acrylic, and the shape is rectangular in order to exploit all the available space. The approximate dimensions are 23x15x30 cm, and it can hold up to 6 liters of solution.

The multidispenser is available in two different versions, with 3  or 4 containers. At CIPS we saw the 4 container version, called  DLC4; the DLC3, is the same but with one less box. Consequently, it has three “2-liter-containers” instead of four “1.5-liter-containers” like the DLC4 shown in the picture. 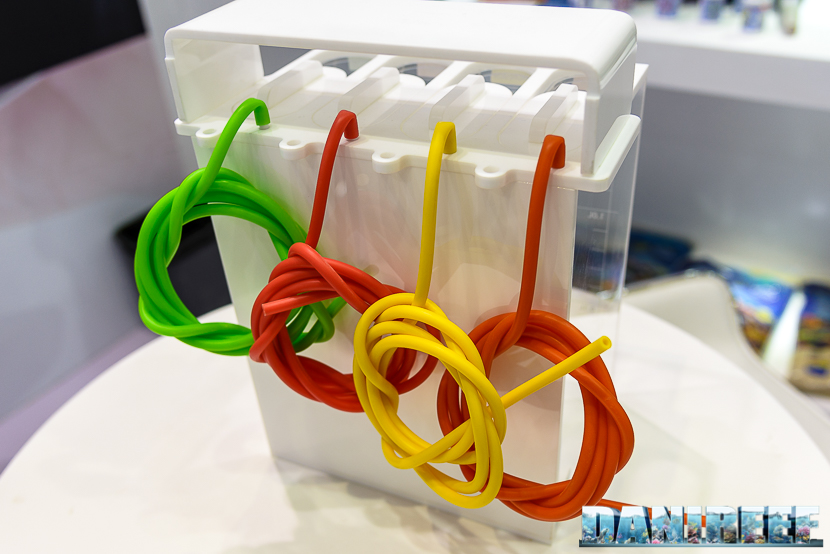 Each container has a tube of the same color of the label which is on the front. This is to simplify the connections. Additionally, the tubes are sold in three different sizes, with lengths of 2, 4, or 8 meters.

The distinctive top-sealing system, as you can see in the picture, allows the device to seal up its contents using a sliding closure. Easy and practical. 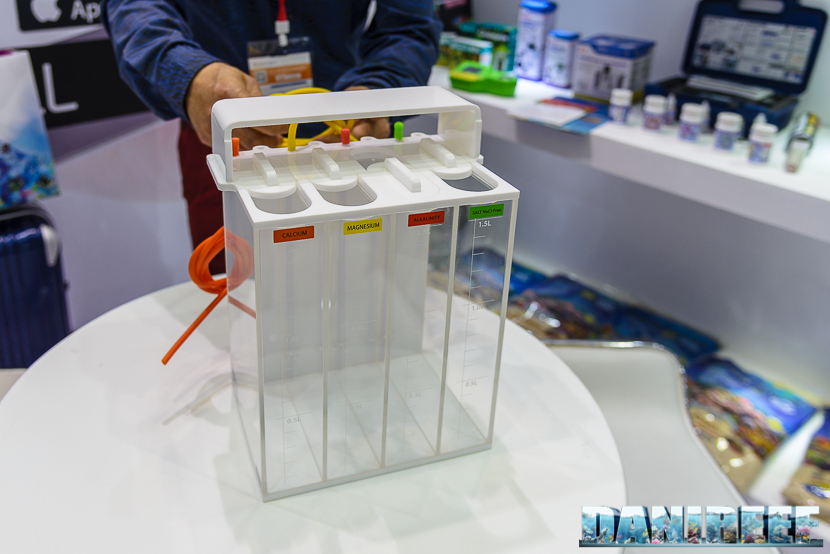 The price looks very competitive according to the Singaporean manufacturer: about $59 US for the 4-container version and $56 US for the 3-container one.