It’s been a busy week for fans of tiny, little gobies. The two largest genera, Trimma and Eviota, each had some new species added to their ranks, bringing their total number of taxa to 100 and 108 species, respectively. It’s official… there are now way too many of these itty bitty gobies in the world.

The nicest of the lot is the Porthole Pygmygoby (Trimma finistrinum), whose body is adorned along the sides by row upon row of bright yellow scales. According to the author of this paper, renowned goby authority Dr. Rich Winterbottom, this gives the impression of a miniature piscine ocean liner of sorts, with its illuminated portholes shining out upon a moonless night. You’ll find T. finistrinum in Fiji at moderate depths. 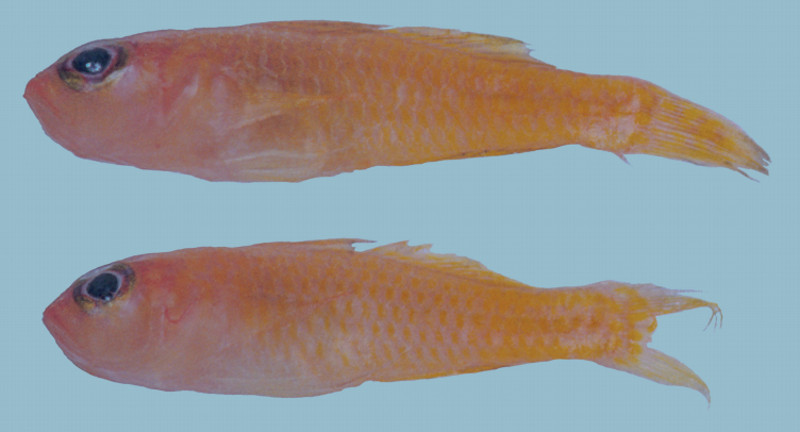 Also from Fiji, but occurring much further down in the mesophotic realm, is the aptly named Deep-reef Pygmygoby (Trimma bathum). Originally discovered by John Earle and Rich Pyle back in 2002, this species is likely to be quite attractive in life, though, sadly, we only have images of the deceased type specimens. This fish is described as being pink in the forebody, and fading into translucence towards the tail, with yellow scales brightening up the flanks. The overall appearance sounds a bit like some of the various pink and yellow anthias species that occur in similar mesophotic habitats, illustrating an interesting evolutionary convergence on this apparently useful color motif. 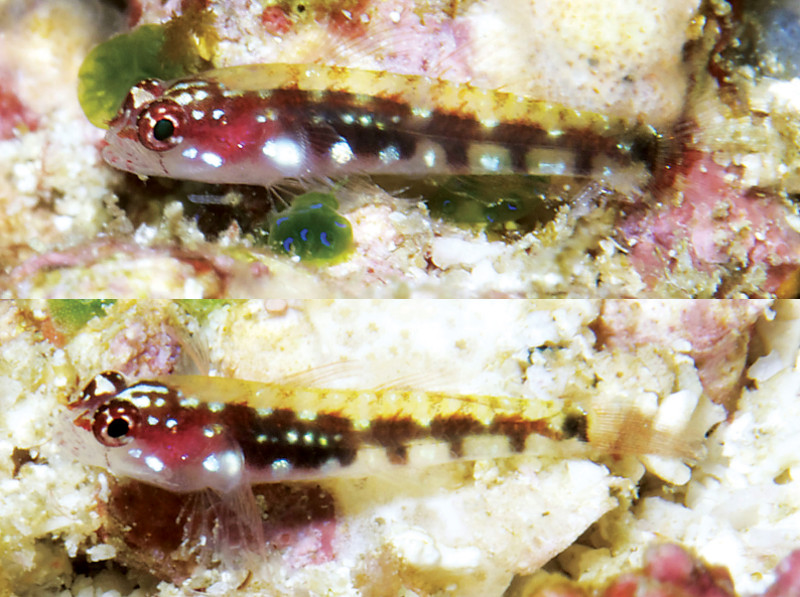 Finally, there’s the Mimic Dwarfgoby (Eviota imitata), which comes to us from the biodiversity hotspot of Raja Ampat. The name alludes to the similarities this species shares with a couple other gobies you’ve presumably never heard of—E. flebilis from Japan and the Fijian E. bilunula. These three all sport a thin, red line under the eye and are thought to potentially represent a single species complex spread across the West Pacific. The authors also briefly mention another apparently undescribed relative from Rote, Indonesia, which can be recognized in having yellow spots and a relatively large difference in its DNA. So, rejoice goby fans, there will no doubt be many more of these confounding little beasts described in the near future.