$450 operation to save a goldfish 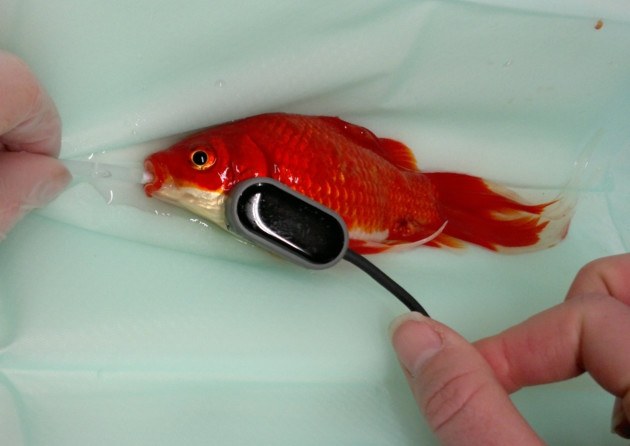 The anesthetized goldfish on the operating table.

According to EDP24, the veterinarian performed a 50 minute operation on the three-inch goldfish (possibly a Comet goldfish) to remove two cysts growing on the fish: one close to the fish’s anus and the other forming on the dorsal fin.  The owner initially declined the high quotation to save a fish that probably didn’t cost more than $25 (if even half that).  However, he returned to the veterinary office five minutes later with a change of heart.  The owner’s love simply did not have a price tag.

We’ve reported similar touching stories of dedication before.  Last year, Chad Vossen helped save his friend’s Scribbled Angelfish by assisting in surgery to remove a bowel obstruction.  Several aquarists built their disabled goldfish special buoyancy devices to help their fish live as normal a life as possible.  Read Einstein’s story and watch a video of synirr’s goldfish below.

How far would you go for your fish?