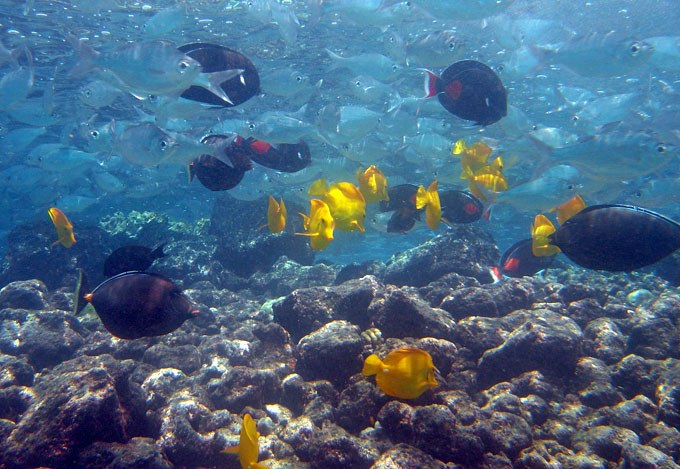 A shoal of Hawaiian fish


View the list of all Hawaii State Legislature 2012 sponsored bills related to aquariums.

Despite objections by the Hawaii Department of Land and Natural Resources (DLNR) / Division of Aquatic Resources (DAR) and prominent experts, Hawaii’s new Senate session has introduced an astounding sixteen measures that threatens the aquarium trade with heavy regulations and outright bans.  Some of these measures were expected following the passing of county-level, non-binding resolutions in 2011.  However, unlike resolutions, a Hawaii Senate Bill would be enforceable by law if passed.

DLNR’s scientific data shows a trend toward sustainability in Hawaiian fish, but this has not stopped anti-aquarium activists from spreading emotionally and fear-charged propaganda to sway public sentiment.  The fight for the future of the aquarium trade in Hawaii is in full swing.

In other Hawaii environmental news reported by Advanced Aquarist today:

This invites the logical question: Is Montipora White Syndrome also an anthropogenic disease? Are snorkelers, divers, boaters, and resorts responsible for MWS?

With Hawai’i’s reefs facing larger threats, why have activists chosen to wage war on the aquarium trade and not resorts, dive/snorkel operators, boaters, recreational and commercial fisherman, the US military, et al.?  I suspect the reasons are simple:

Even with science on our side, the problem facing the aquarium trade is that it is easier for anti-aquarium activists to appeal to the public’s emotions and fears (often with lies) than for aquarists and scientists to educate them about real data.

But the truth must prevail.

I encourage you to read Ret Talbot’s excellent CORAL report.  We hope to see another Advanced Aquarist blog by Ret on this subject shortly.