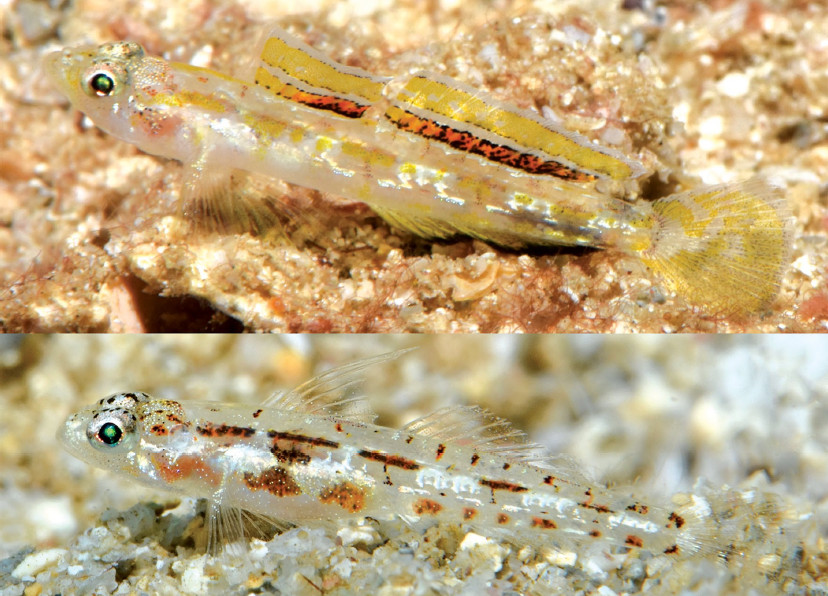 A handful of new gobies have just been described from the West Pacific, all from the little-known genus Grallenia which, until now, had only three known species. This group abounds in sand flats, where their small size and cryptic coloration enable them to disappear into the benthos. As authors Gerry Allen and Mark Erdmann describe, “Grallenia are among the most inconspicuous of coral reef fishes… and easily escape notice unless the diver swims slowly with an outstretched hand in contact with the bottom, which elicits an escape response from the nearly invisible fish.”

The genus illustrates an interesting pattern of allopatric speciation, analogous to what we see among certain lineages of fairy wrasses, anemonefishes, and fangblennies (to name a few examples) in the West Pacific. No doubt, this commonality of biodiversity stems from the geologic history in the region, when reef systems were repeatedly cut off from one another for prolonged periods due to the dramatic lowering of sea levels during the Pleistocene ice ages. We can even use this knowledge to predict where there are likely to still be undiscovered species of Grallenia—Vanuatu, New Caledonia, Northern Australia. 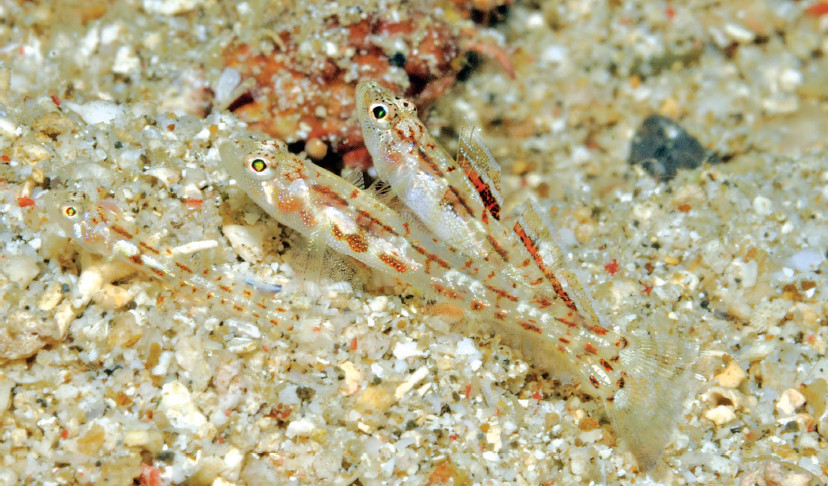 For being such inconspicuous fishes, there’s actually quite a bit of subtle beauty to their color patterns and fin morphology. Take, for instance, Grallenia dimorpha—the Dimorphic Goby—whose males and females have distinctly different dorsal fin shapes. This species is limited to eastern portions of New Guinea, while the similar Redstripe Goby (G. rubrilineata) occurs in the Philippines. Rounding out the new additions is the Lau Goby (G. lauensis) from Fiji (specifically, the Lau Archipelago), the Ornamented Goby (G. compta) from Milne Bay, and the Solomons Goby (G. solomonensis) known, appropriately enough, from the Solomon Islands. These psammophilic little gobies would certainly make for great aquarium fodder, particularly in nano-sized tanks, but, despite their abundance in the wild, specimens are seemingly never collected.