Ever since I was a wee little babe, it was my dream to someday be able to live in the ocean. Not in some bizarre underwater station or submarine, or with a strange globe surrounding my head, but legitimately be able to breathe and survive blissfully in the massive, mysterious abyss of the sea. I’ve hoped my whole twenty-seven whopping years to be able to live to see some sort of technology make this possible without the utilization of bulky, hindering equipment. Welp, looks like a team of scientists in Denmark are en route to making this dream a bit more feasible with a truly incredible invention of a crystalline material that can efficiently absorb oxygen with a remarkable capacity. As in, a single spoonful can suck all of the oxygen from an entire room (better hope you’re not in the room at the time). With a bit of heat, the material can re-disperse the oxygen into the room (phew) and can do this multiple times. The cobalt-based invention can actually hold three times the capacity of an oxygen tank at a mere fraction of the size.  These could mean that a simple mask could replace your entire lineup of scuba gear, and while that doesn’t quite fulfill my desire to exist equipment-free beneath the waves, it comes pretty damn close. Jared Goldenberg of Fluid Dynamics International gave me his take on the newfound technology:

While the tech is still new and probably at least a few years from being commercially viable, it’s very exciting. Besides the incredible scuba applications from removing oxygen tanks to more streamlined rebreathers I can think of numerous aquarium applications. Anything from small metered pure oxygen injection units to super long lasting emergency bubblers. Barring any major price of entry issues this could be a crucial step forward.

Aside from diving implications, there’s also viable options for medical use, lung-impaired patients restricted to lugging around oxygen tanks, for example. The technology obtains a vast realm of possibilities, up to artificial photosynthesis, and possible weaponization. I haven’t unearthed anything about the materials capacity to depth and pressure, and whether it can but utilized for deep-water dives, but I’m patiently awaiting further information on all counts. I don’t know about you, but since I’m tiny and until I get into the water scuba equipment is pretty taxing on me, I’m all for pocket-sized scuba kits! 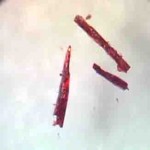