7 Most Exotic Species for Your Saltwater Aquarium

Owning a saltwater aquarium for most people, is not just a hobby, it’s an art in itself. Aquarists like to produce and maintain the brightest and most colorful tank, reproducing the fascinating world that we so rarely get to see in the ocean, right there in their own front room. Bringing a slice of nature inside allows you to enjoy many of the exotic animals which inhabit the largest bodies of water in the world. Whilst many species of saltwater fish are not suitable for the home aquarium, there are still plenty of unique and colorful fish that you can keep in your tank to bring it to life. Here are seven of the most exotic species for your saltwater aquarium. 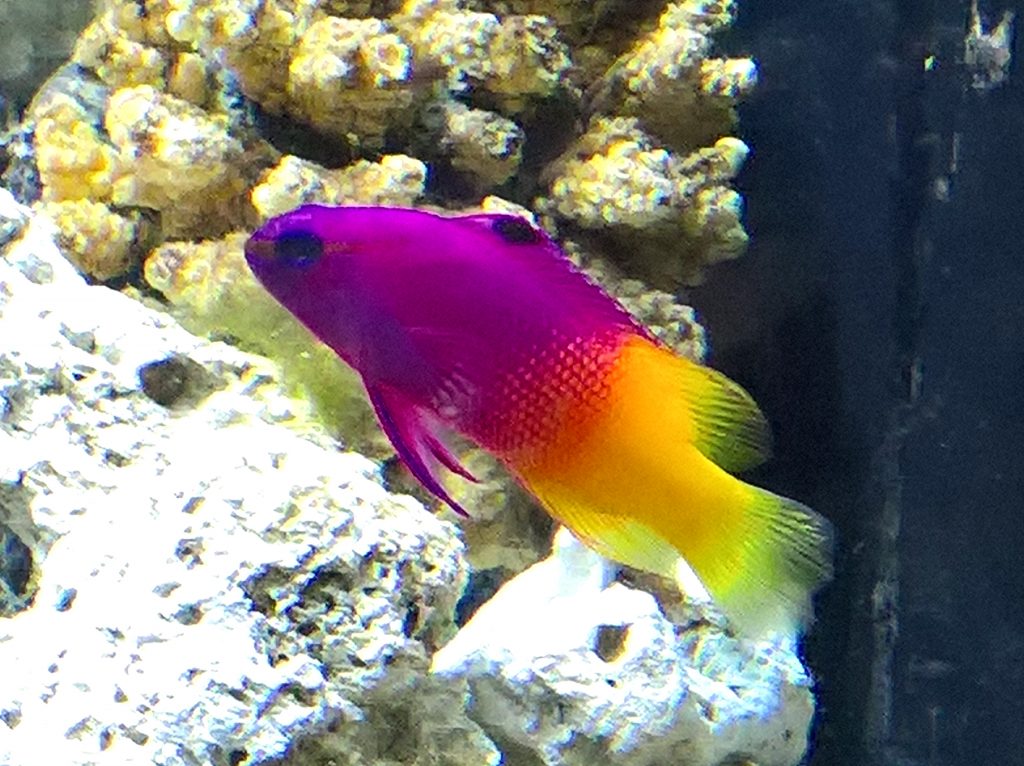 The Royal Gramma, also known as the Fairy Basslet, is a beautiful vibrantly colored fish which is quite often the crowing jewel of many saltwater aquariums. These fish grow up to 3 inches in length and usually live for a minimum of 5 years. They’re peaceful and easy to care for, and they need a tank which is at least 30 gallons with plenty of coral or rocks for them to hide and swim around. These fish are a vivid purple color at the head, which blends into a sunny yellow color towards the tail end. All Royal Grammas are born female and the most dominate in the shoal will change sex and become male. 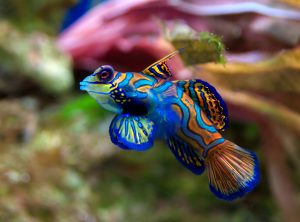 Perhaps the most exotic looking fish featured in this roundup is the Mandarin Fish. With a wide variety of colors and patterns stretched across their bodies, these fish are actually quite tricky to care for so should only be kept by people who have some experience of keeping fish. They grow up to 3 inches in size, and live for around 5 years. They don’t require huge tanks, a minimum of 30 gallons is fine, but they do have a carnivorous diet and can be very fussy eaters. They’re quite slow moving fish and spend most of their time at the bottom of the tank searching for food, this makes them perfect for reef type setups. 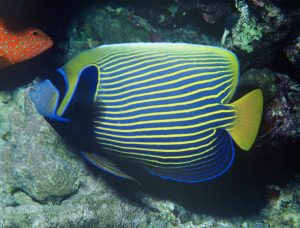 The Emperor Angelfish is one of the most striking saltwater fish available in the industry. It looks completely different during the three developmental stages of its life which is what makes it so appealing. As a juvenile, they have a black body three white curves on their body, with thinner blue lines in between. As then develop into a sub-adult, the tail starts to develop a yellow pattern along with yellow lines on the body. The body also fills out becoming rounder. Finally, at adult stage they look so different from the former juvenile stage that they used to be thought of as a completely different species. The adult is yellow with blue horizontal stripes and a yellow tail fin. These fish grow to around 12 inches in captivity and need to be kept in very large aquariums which are at least 125 gallons. 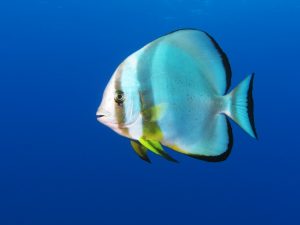 Batfish, also known as Platax, belong to the Ephippidae family and there are 5 species. The most common one is the Pinnatus batfish which is also known as the Firebird Fish. This stunning fish has a black body with a red/orange border when they are juvenile, as they turn a silvery color as an adult with yellow tinged fins. They develop their own little characters making them very fun fish to watch. They can live for up to 12 years, and grow up to 30 inches. Given how large they grow, they’ll need a large aquarium which is at least 200 gallons in size. 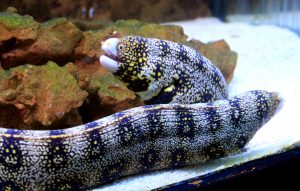 Something slightly more exotic and quite different from any of the other fish featured, is the Moray Eel. This eel certainly will be the talking point of your tank if you have guests over. Moray Eels are a unique alterative to the classic saltwater fish which more aquarists opt for. They come in a range of patterns and colors and there are over 200 different species, only 12 of which are suitable for the home aquarium. Perhaps the most popular species is the Snowflake Moray Eel which has a black, yellow, and white coloration. They need tanks of at least 30 gallons, with a soft layer of sand or fine gravel covering the floor so they can bury themselves. 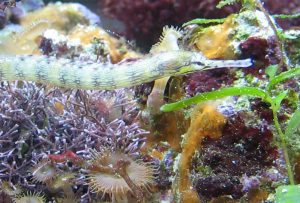 Pipefish are closely related to seahorses; they are both part of the same family – Syngnathidae. Ideal for more experience fish keepers, this unique fish can grow up to 8 inches in length and needs a 30 gallon tank. They have a similar shaped head and snout to seahorses, but their bodies are much more slender and straight. They’re not great swimmers, but they can swim better than their relatives. The most popular aquarium variety is the Dragonface Pipefish due to its bright colors: black, white, pink, and yellow. It would fit perfectly into a mature reef with lots of little nooks and crannies for them to move about in, and due to their diet requirements. Without a mature reef, they would struggle to get the foods they need. 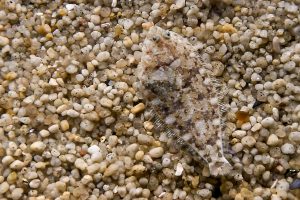 Whilst this fish isn’t as colorful as the rest, it is certainly very unique and exotic. Also known as the Plate Fish and the Peacock Flounder, this fish is laterally compressed, and spends most of its time blending into the floor of the seabed. As juveniles, both their eyes move to one side of their body, usually the left, which allows them to see everything, even whilst lying flat on the floor. It has a very dull color, sometimes with some light blue spots over the body. This allows it to blend perfectly in to the sand which makes it hard for predators and prey to see. They need tanks which are at least 125 gallons, and they will eat any small fish or invertebrate that comes too close.