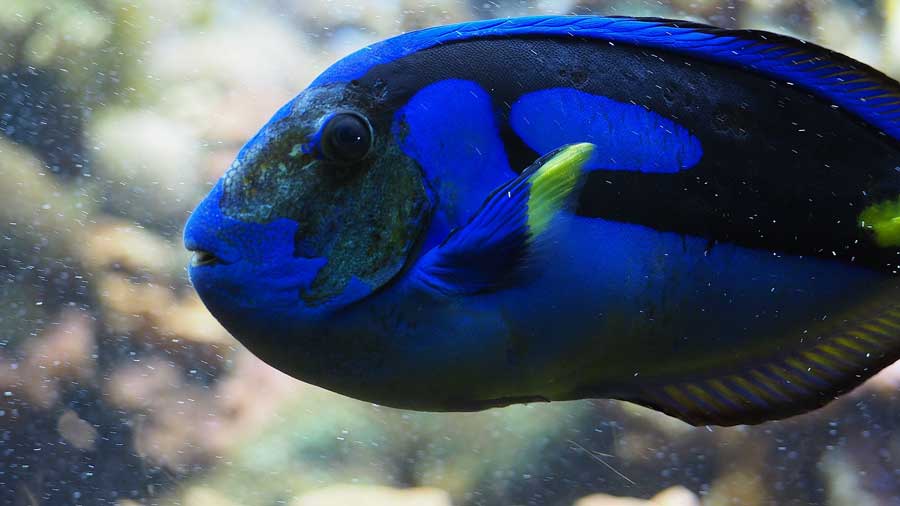 Let’s face it–this hobby is about acquiring cool stuff–cool gear, bright corals, and the best fish. When it comes time to get your next fish, you want to be sure to pick a healthy one. Here are 9 things to look for to help ensure you’re buying a healthy fish.

You can tell a lot about a person by looking them in the eyes. The same holds true for a fish. When you look into your future fish’s eyes, you want them to be bright & clear–not cloudy and certainly not swollen.

Cloudy eyes mean trouble. Swollen eyes mean Popeye–which could just mean the tank conditions are bad–but either way, the fish is having a tough time. If you have other options, why not pick a different fish?

2) Coloration is ‘normal’ for the species

Hopefully, you have a sense for how colorful the species generally is–sick and timid fish are often pale in comparison to other healthy fish–so try to get a good look at the color and be sure you’re buying a fish that looks bright and bold.

It doesn’t always mean that a fish is sick just because it is pale, but it might be so. If you have another choice, feel free to make it.

3) Not cowering or acting scared, or being attacked by another fish

This is not a guarantee that the fish is healthy, but I can tell you that time and time again, the fish that gets picked on is often the fish that dies next. Whether it’s dying because it’s getting picked on or picked on because it is dying is not clear to me…but they’re related. Dying fish also, often, act scared and cower (maybe because they’re afraid of getting attacked).

This is a big warning sign, so look out for it.

4) Skin/scales are free from parasites or spots

You definitely want to avoid buying a saltwater fish with obvious signs of external parasites. You can tell a fish has external parasites if you see any white dots or black dots on them (that aren’t naturally occurring spots).

Look carefully at the body and the fins. Sometimes the fins are the easiest things to check because they are transparent in many fish species.

5) Not scratching, shimmering or ‘twitching’

You can also tell, sometimes, if the fish has parasites because it is swimming with an erratic, darting behavior, or  smacking or scraping its body on rocks, gravel, or glass. If you see that–imagine the fish is literally trying to get the parasite stuck on something else, besides itself.

If you see scratching, shimmering or twitching, keep on moving…that is not a healthy fish…and is potentially not a healthy system.

Sometimes, parasites affect a fish’s gills–or ammonia can burn the gills. Other times, I’ve noticed that the last odd thing I see in a dying fish–is that they look like they’re breathing heavily, or gasping for oxygen. If you see a fish that is breathing heavily (flaring gills), pick a different fish.

Healthy fins are full, generally transparent, and aren’t frayed, tattered, or discolored. Sometimes fins are frayed because another fish is attacking them. Sometimes, it’s because they’re not well. If you see a fish with tattered fins…you may want to make a different choice 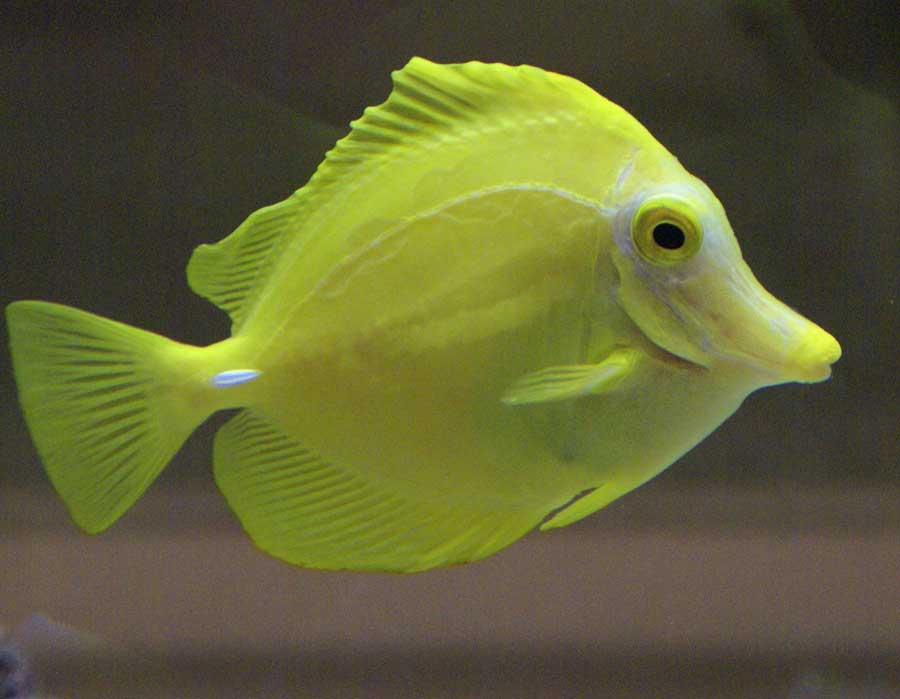 If you look carefully at the fins in the yellow tang picture above, you’ll note that the fins are tattered, but have re-grown. I might try to rescue this tang if I thought I could care for it. I might be willing to take a gamble on it since the fins look like they’ve grown over/healed, but between the tattered fins and the discoloration around the head and the small nodule on the pectoral fin, it is clear that this tang has seen some tough living conditions.

Unless you’re trying to save him or her, you may want to keep looking for that perfect, healthy fish.

I’m embarrassed to say that it took me a while to notice this one, but don’t buy any fish that have red blotches beneath their skin. It can almost look like the fish is ‘bloodshot’ (like your eyes) but beneath the skin. This is actually a symptom of a pretty serious bacterial infection. It might as well be a scarlet letter, because it spelled death for several Banggai cardinalfish that I kept over the years

When you look at the body of the fish, you want to make sure the body isn’t too thin and that it isn’t too fat. I’m not necessarily worried that the fish is obese. I’m worried about a distended abdomen that might be the sign of bigger problems.

If that area is really, really thin, that’s a sign that the fish is starving. I’m not sure how, or why, but it seems like that’s the ‘last area’ that gets thin before a fish is ready to kick the bucket. If you see a fish and it is uncharacteristically, crazy-thin in the dorsal muscle right behind the head and gill plates…you should pick a different fish.

We all experience that “gotta-have-it” moment, when we’re out at the local fish store, but let’s face it, this hobby can be expensive, and you don’t want to purchase a problem.

Please also note that just because you took some extra precaution here to buy a healthy fish, you should still conduct a rigorous quarantine process.

Next time you’re out at the local fish store, try to have patience and take the time to consider these 9 things to look for, to make sure you purchase a healthy fish.

Written by Albert B. Ulrich III
Author of SaltwaterAquariumBlog.com and the Reef Aquarium Book Series