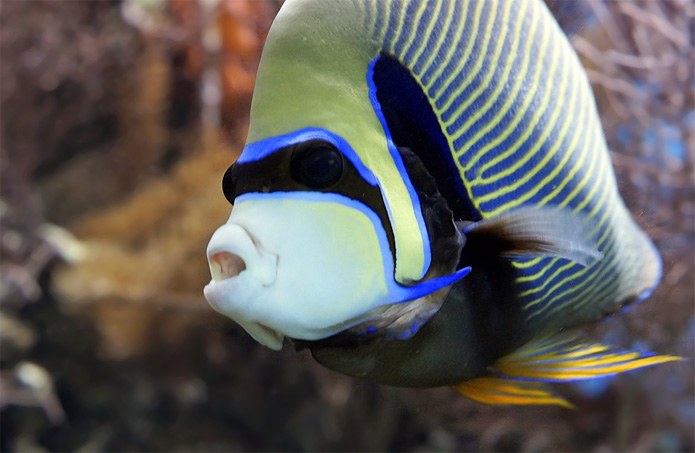 A tale of two sexes


From the University of Salford:

Scientists in the UK have observed a fascinating new fact about sex changing fish: the direction of sex change has implication for population numbers.

More than 400 species of fish are sequential hermaphrodites: that’s to say, they are born one sex and change to the opposite sex later in life to maximise their number of offspring. Species that change from male-to-female are called protandrous and ones changing female-to-male are termed protogynous.

Marine biologists at the University of Salford explored the influence of the direction of sex change and found population numbers to be smaller for fish that change from female into male than the other way around.

Dr Chiara Benvenuto, from the University of Salford, one of the authors of the study published today in Scientific Reports, said: “Until now, studies have mostly looked at differences between species that change sex or not, but we’re interested in the direction of sex change.

“While fecundity and reproductive success are expected to increase with size for both females and males, the fitness advantage can increase more rapidly for one sex than the other: this is when sex change can occur.

“In protandrous species, it is better to be large females, because they produce more eggs, thus small individuals reproduce as males as they grow. In protogynous species, small males cannot compete with large ones, so it is more convenient to be small females first and then turn into large, dominant males later on in life.”

The research team, which specialises in marine genetics and behavioural ecology, measured offspring production based on the number of eggs and sperm produced every year, over a lifetime, based on their growth rate and then used the diversity of genes transferred to the next generation, as a proxy for reproductive success.

Both methods concluded that regardless of the direction of sex change, individuals conform to the same strategy, producing more offspring as the second sex, making sex change a successful strategy. But crucially, they found that population numbers are smaller for protogyous species, making them less resilient.

The study co-authored by Professor Stefano Mariani and Dr Ilaria Coscia has serious implications for the fishing industry.

Dr Benvenuto explained: “We should not lump all sex changers is a single category, as male-first and female-first sex changers are quite different. It is vitally important that sex-changing behaviours are understood and accounted for particularly in the selection of those fish taken from the sea.”

The next step of the study is to focus on the effect of overfishing on these species, which are commercially important, sought by fishermen and appreciated by consumers.