A few different habitats on a Red Sea fringing reefs 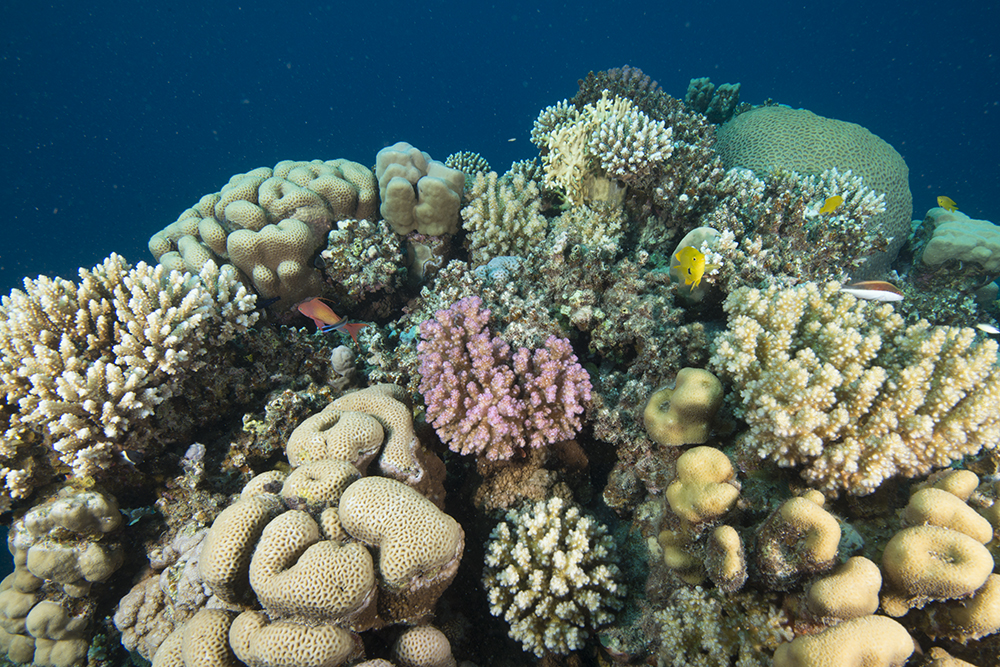 As anyone who knows me is well aware, I spend as much time as possible in the Red Sea.  Sadly, this year hasn’t been the best – you may have noticed – and travel has been effectively impossible for me.  I keep looking over my image archives and remembering interesting dives and thought I’d share this one with you.

I was staying on land near the ancient town of El-Qesir. This part of the coast is rich with Roman ruins that mix with fossil reefs from many thousands of years ago, reminding you that this is a truly ancient land in both human and geological timescales.

The fringing reef which runs down the entire Egyptian coast, with some exceptions caused by various ports and sediment-rich wadis, can be quite pristine, though it can also be very variable with small scale features that create a lot of local variation, which I’ll try to show you here. 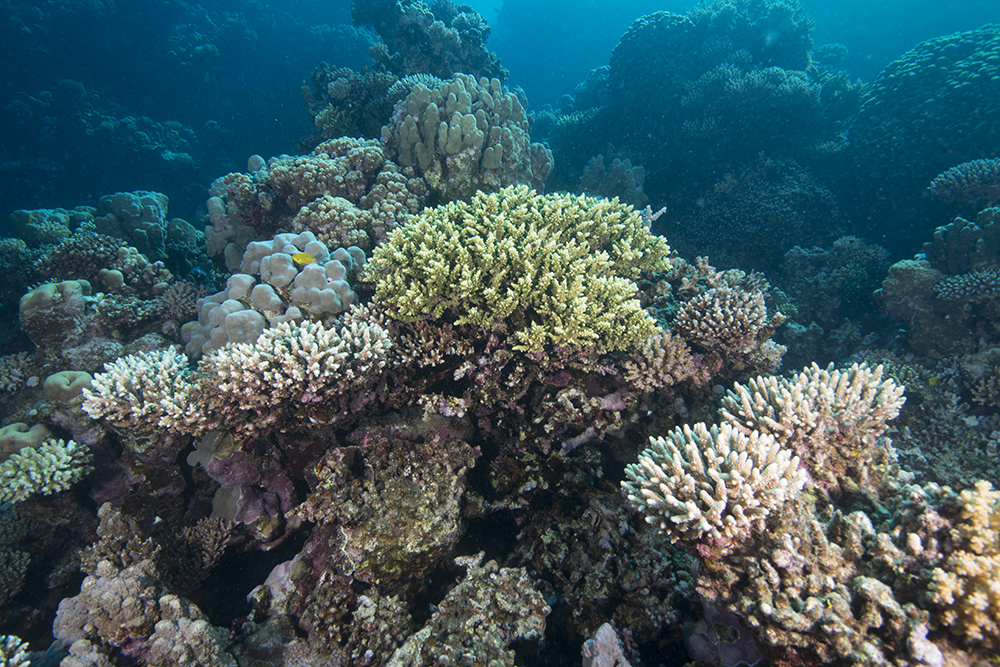 Shelter from wave action and great light aids the growth of acroporids.

The area close to shore can be a little disappointing.  Wave action and windblown sand can stir up the sediment and add particulates which can compromise coral growth as well as ruin the visibility for photography, but get a little further out and you can find areas where patches of bommies create some amazing coral gardens. 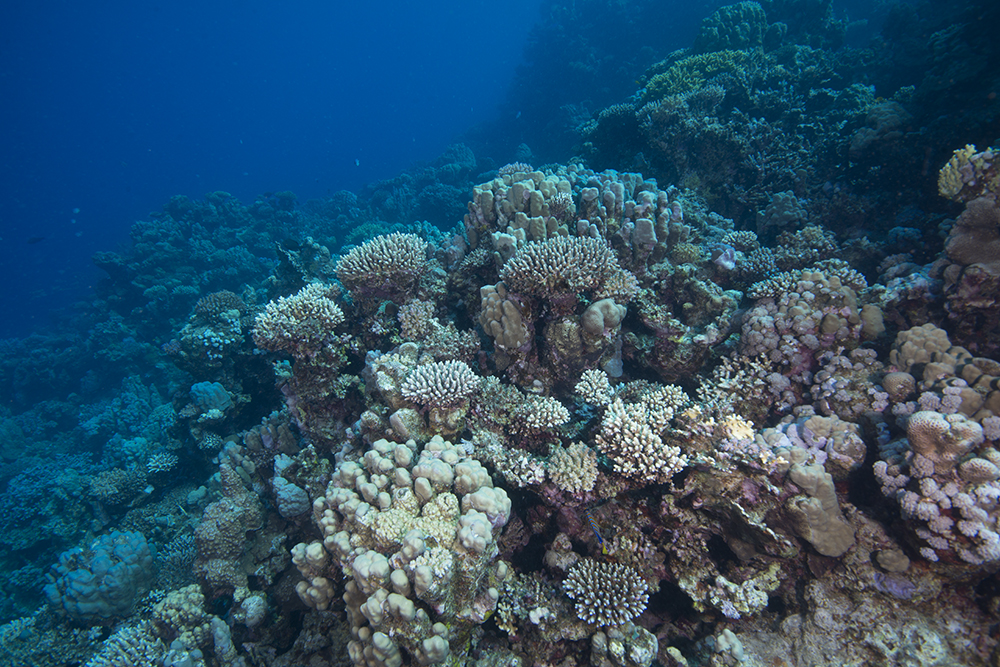 You can also see many, many places where previous coral mortality has allowed for new colonization.  I suspect the structure below will collapse at some point. 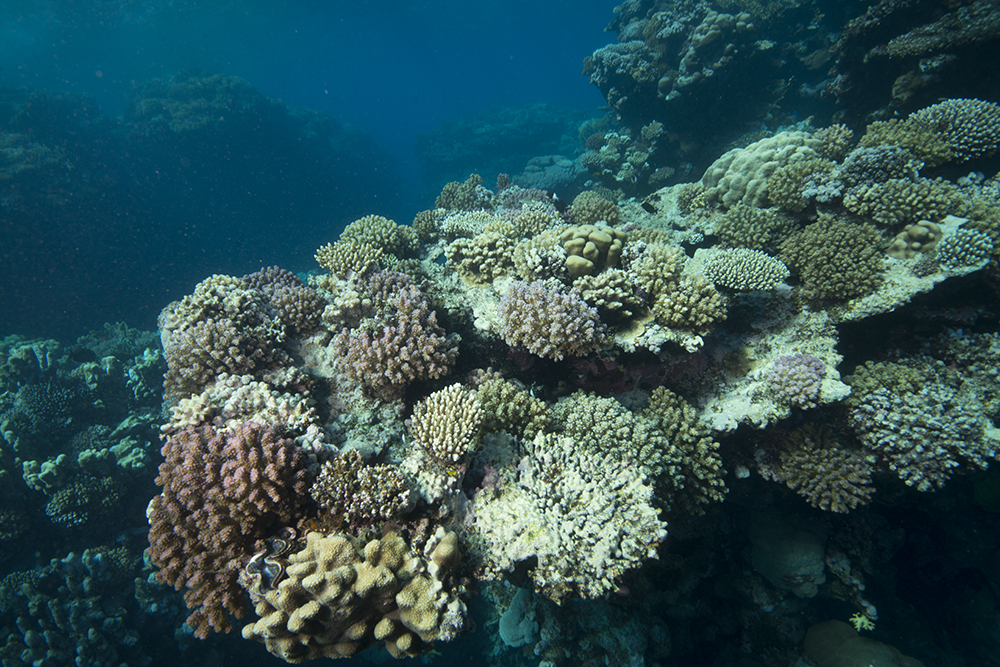 What appears to be a dead tabulate form acroporid is now supporting some nice colonies including colorful Pocilliporids. 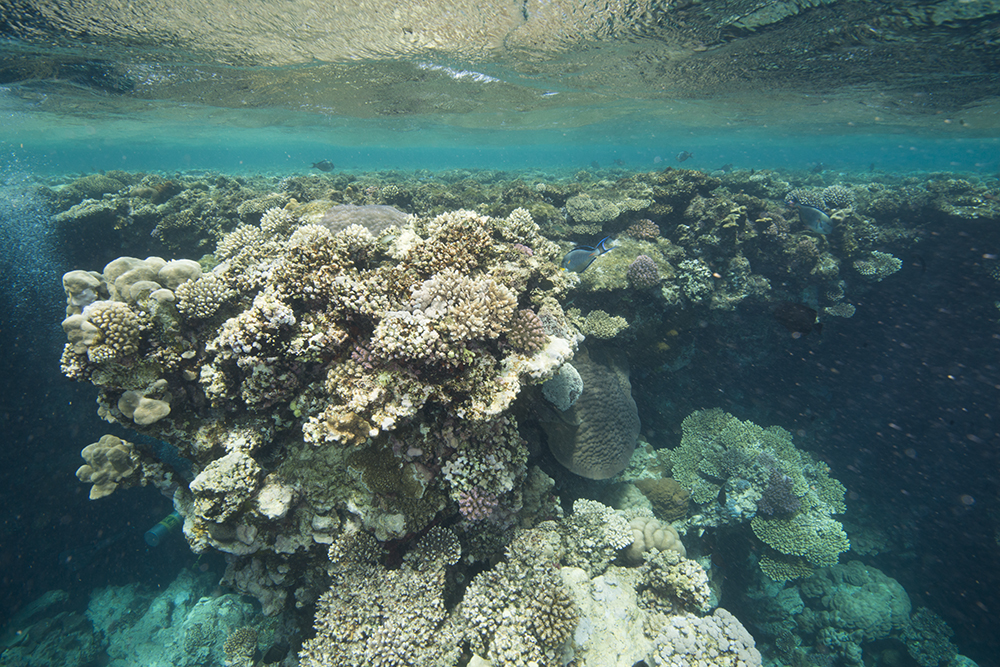 Moving further out reveals an area where a reef flat has formed with steep sides and overhangs.  You can make out several Acanthurus sohal grazing. 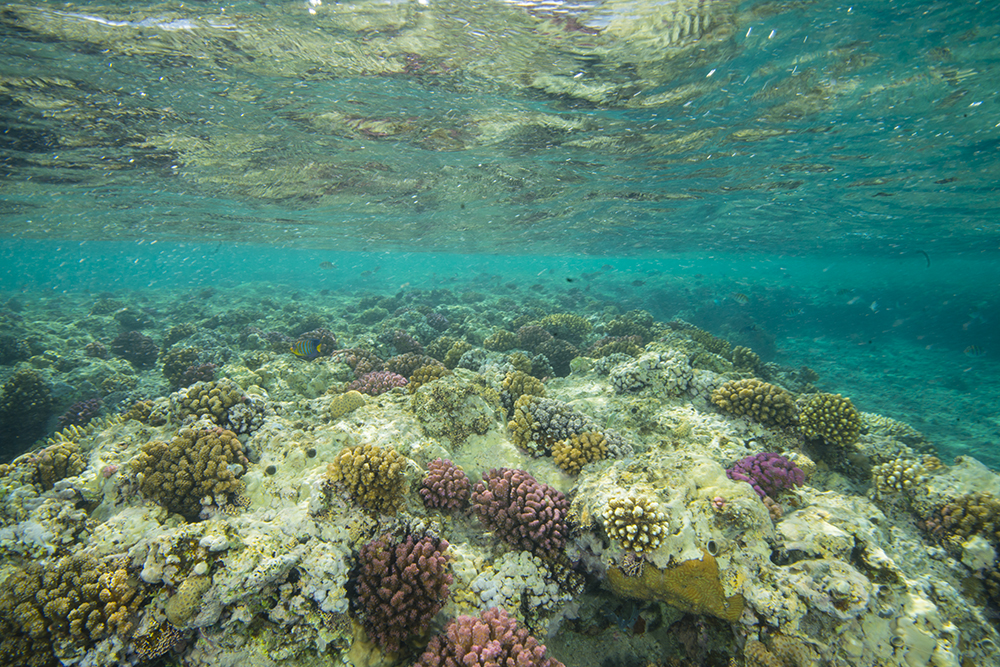 Most divers shun the top few meters, preferring depth to this glorious spectacle.  You do need to be careful though, currents can wash you onto the flat – not a place you want to be.  The shot below shows the same section of the reef.  Wave action favors more robust species. 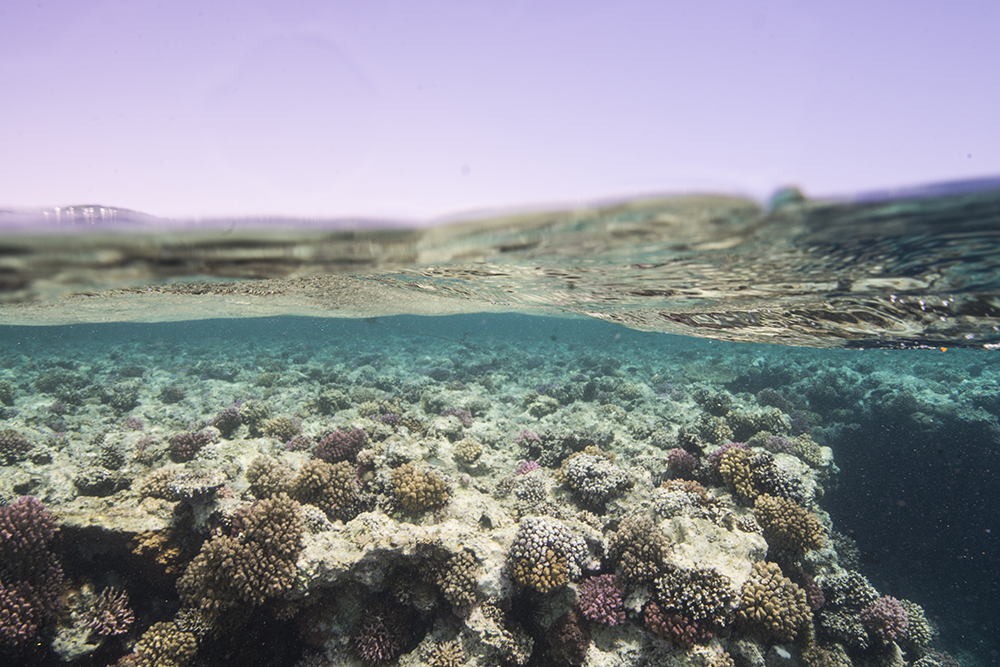