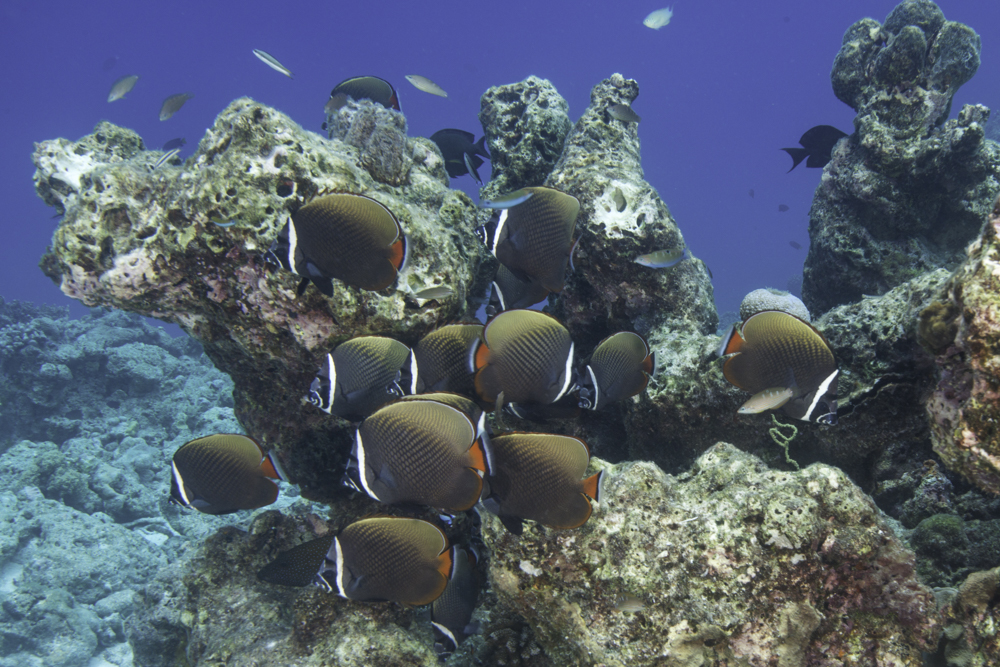 In my last post I shared some images of superficially similar Chaetodon species from the Red Sea and Indo Pacific region.  Here are three more similar fish from the same part of the world.

My first species is the Head-band butterfly, C. collare.  I first came across this species whilst snorkelling off a reef in the Maldives (main image).  It is a common schooling species in the region (ranging across the Indian Ocean to Bali), and regularly seen in shoals in the shallows. 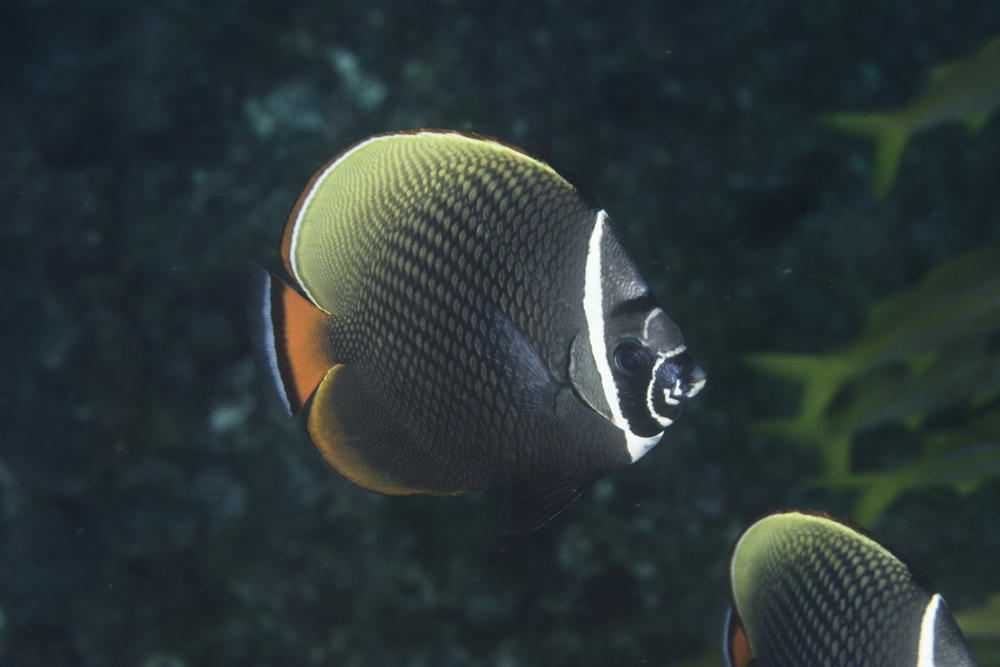 As you can see, its name is well-deserved, with that prominent white band.  Having said that, I think the colors towards the rear of the dorsal and the banding on the caudal are the fishes’ most attractive feature.

Found in the Arabian Gulf is C. dialeucos, the Oman butterfly.  This is a rarer fish than C. collare and one I’ve only seen on a few occasions. 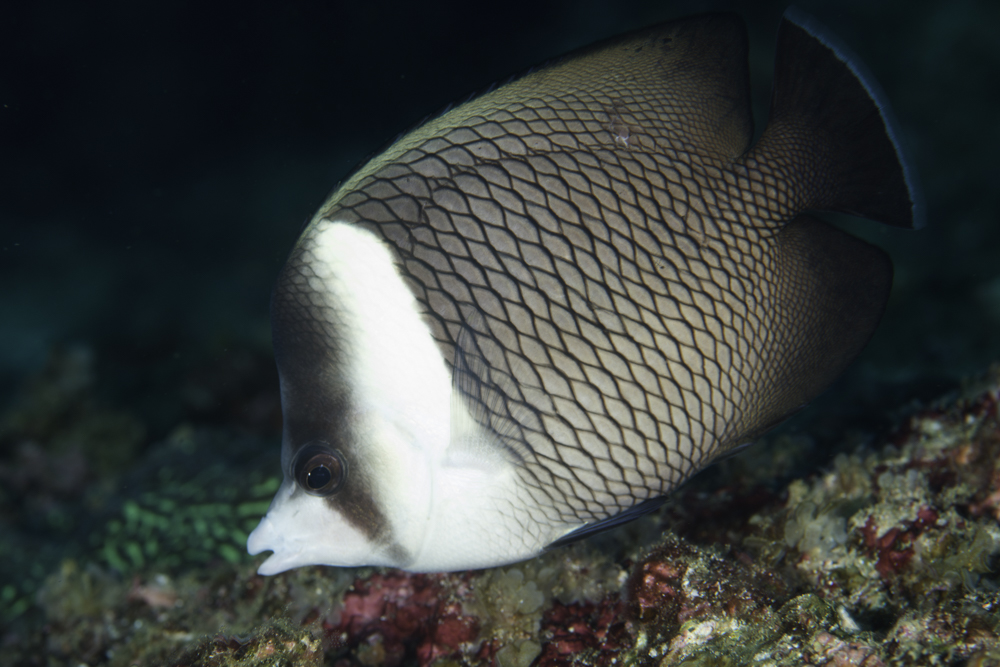 As you can see it has a very subtle monochromatic coloration, though it is not without a certain charm. This species has a more varied diet than your typical Chaetodon, with more algae and crustacean matter.

My final fish is one of the most subtly beautiful of all the Chaetodontids, in my opinion anyway.  This is C. triangulanum, the Triangular butterfly. 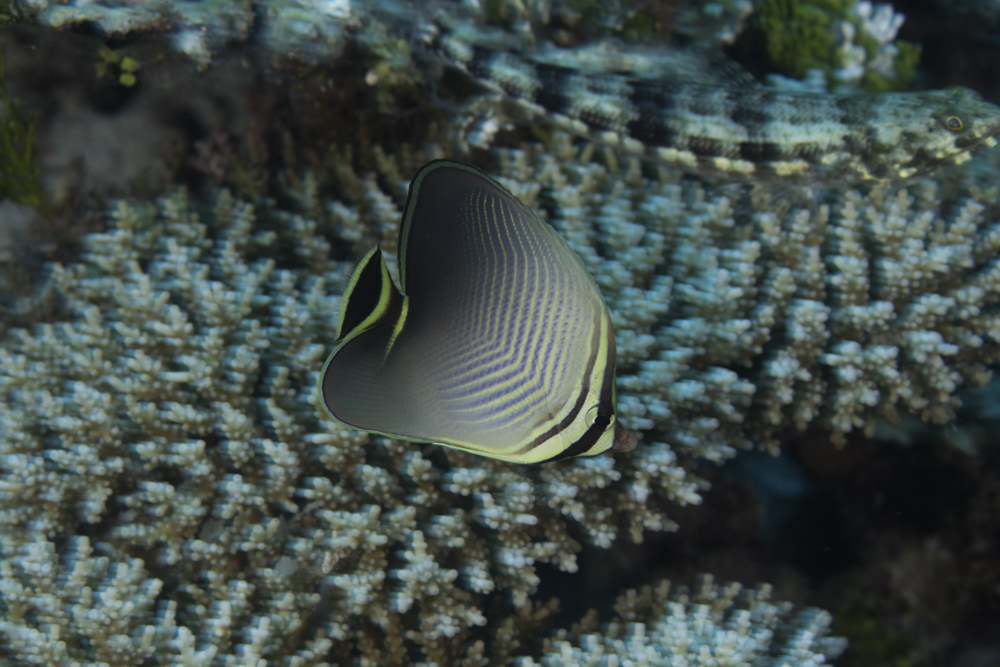 I shot this fish in the Maldives.  It is a younger specimen and will reach about 15cm.  It is an Indian Ocean species, reportedly replaced by C. baronessa in the Pacific – not a species I’ve seen yet. 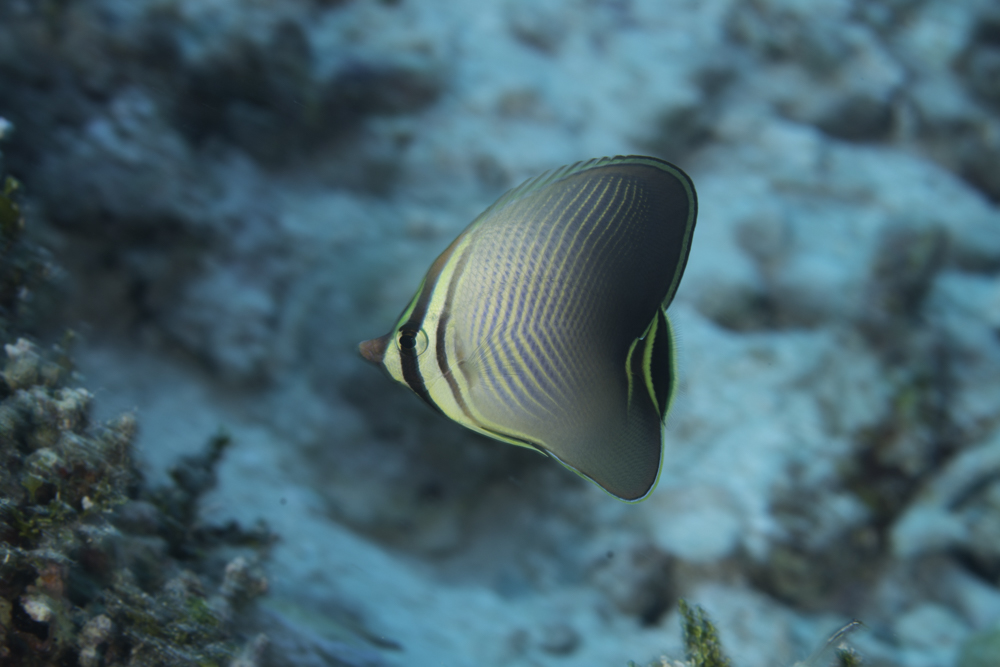