A Great Looking Wrasse from the Mediterranean 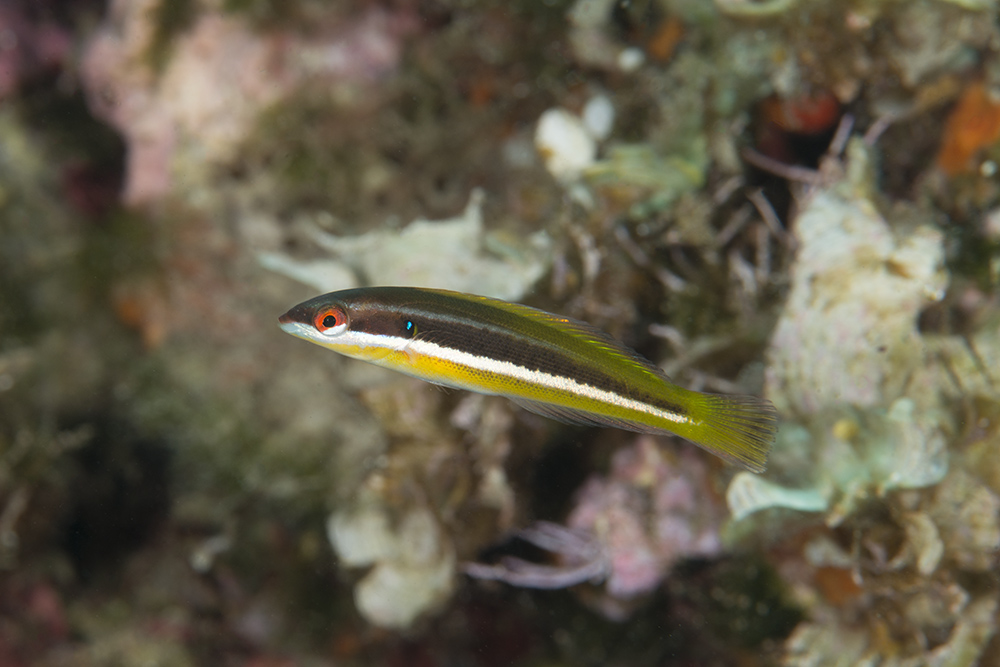 I think most people are aware of just how colorful wrasses can be, the fish seem to have an infinite number of color patterns.  Wrasses are most common in tropical regions, but there are a handful of species that inhabit cooler waters, and even some that survive in the very cold waters of the northern and southern oceans.  The species I want to share with you today is one of my favorites from the Mediterranean, the Rainbow Wrasse.Coris julis is a fish widespread across the Med and a favorite amongst divers and photographers as it often follows us around, making it easier to shoot than some of its more timid cousins.

The fish has the typical torpedo shape of the Coris clan, and like many wrasses it shows a number of color morphs as it grows.

The main image shows a young fish, with a yellow belly.  I have also seen some with more orangey colors. 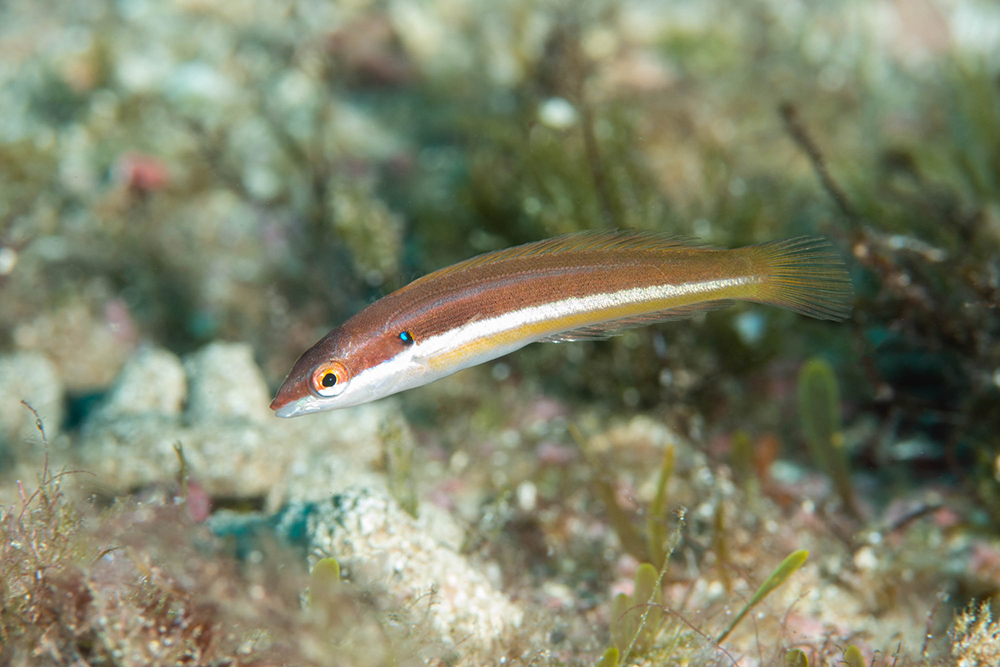 I shot the image above just last week and you can see that this fish is much paler, though that lovely blue dot is still present.

The adult could be mistaken for a different species if you were unaware that wrasses show different colors as they mature. 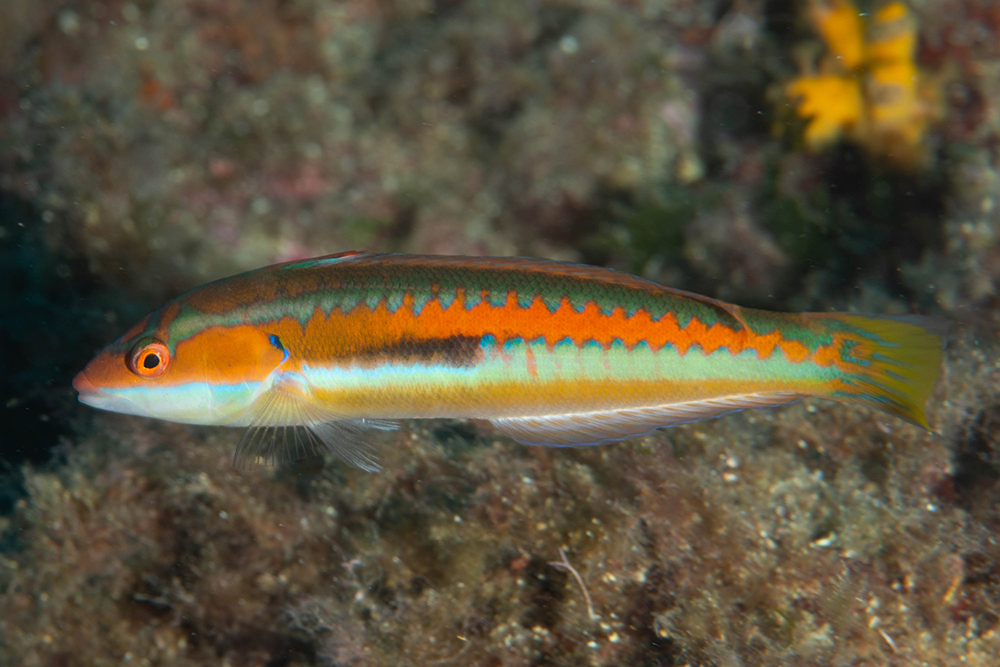 This fish really is a stunner and reach about nine inches long when fully grown.  You can see the blue dot has changed somewhat and a greenish hue has taken over from the browns.  Underwater, the red stripe doesn’t always appear as vivid, but a good torch or, as in this case, flashgun brings it out.

Being a sequential hermaphrodite, the color change indicates sex.  The image above shows a secondary phase male.